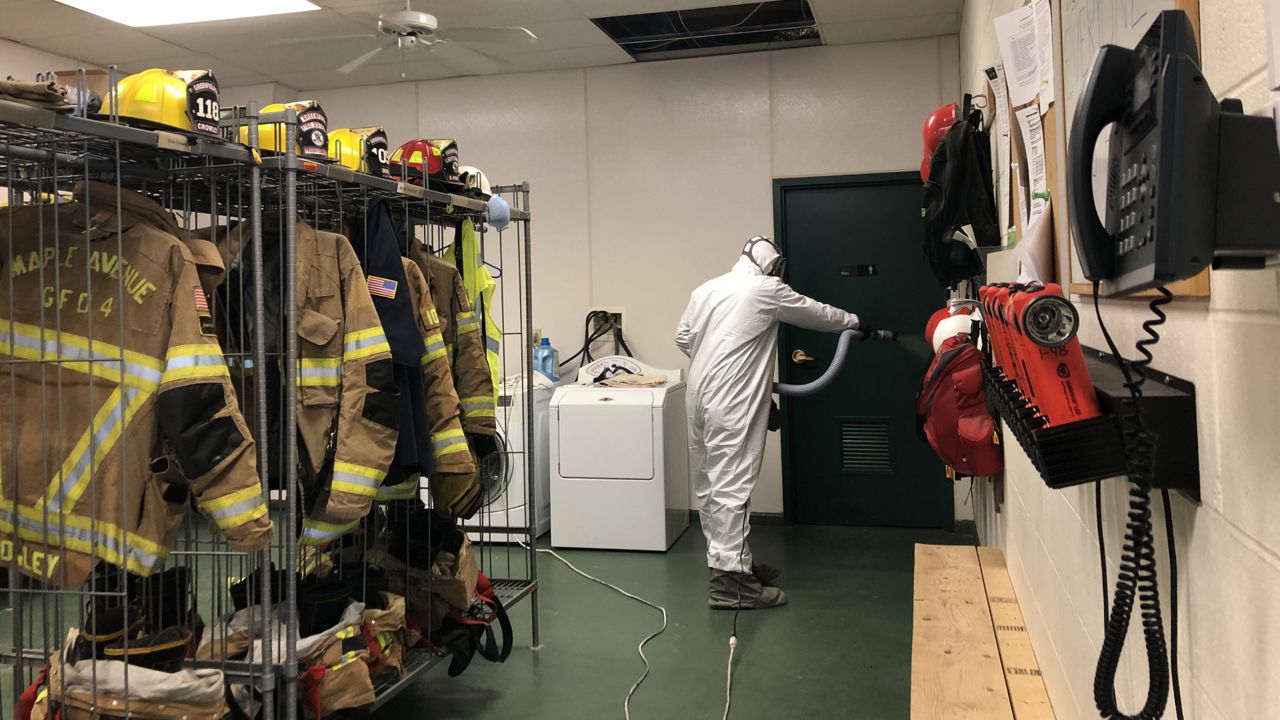 First responders across New York State are walking into the unknown every time they get a call right now.

One company is making sure that fire stations across Saratoga County are properly disinfected at no cost.

“They do enough stuff for us that people don't even realize,” said KPM Restoration owner James Kennedy.

Kennedy says disinfecting firehouses is just a little something his company is doing to help those who help others.

“They're going into people's houses right now and they don't know if someone has tested positive for this, and they need a clean building to come back to,” Kennedy said.

Because there are a lot of things firefighters touch in their daily routines and on calls, Davis says, right now, all of their regular drills and meetings are canceled. Policy allows only two firefighters to come in at a time, other than when there's a call, and those two must work together to disinfect everything. There are four fire stations in the district and between them, meaning 20 pieces of apparatus.

“You have to use the 10-to-1 bleach solution, and we wipe everything down ourselves,” David said. “You have your radios; you have all your switches for the drivers; and you have to remember that we're all volunteer, so there's a different driver in that truck each time.”

This upcoming week, Kennedy says KPM Restoration is set to disinfect 25 firehouses across the Capital Region and plans to come back more than once a week if needed, at no cost, using a fogger and wiping everything down.

It's something Davis says is an incredible service for his fire houses.

“They're giving back, and it means the world to us, because something like this service … A lot of local volunteer agencies don't have the money to have somebody like KPM come in and disinfect their firehouses,” Davis said.

“There should be more people helping people like our first responders out right now, especially in this time of need when people are home. Think of ideas of what to do, because anything and everything helps,” Kennedy said.

If you're looking to do something to thank your local first responders, one of the fire chiefs in Greenfield says the best thing to do is call your local district and ask how you can help, rather than coming unannounced to a station.