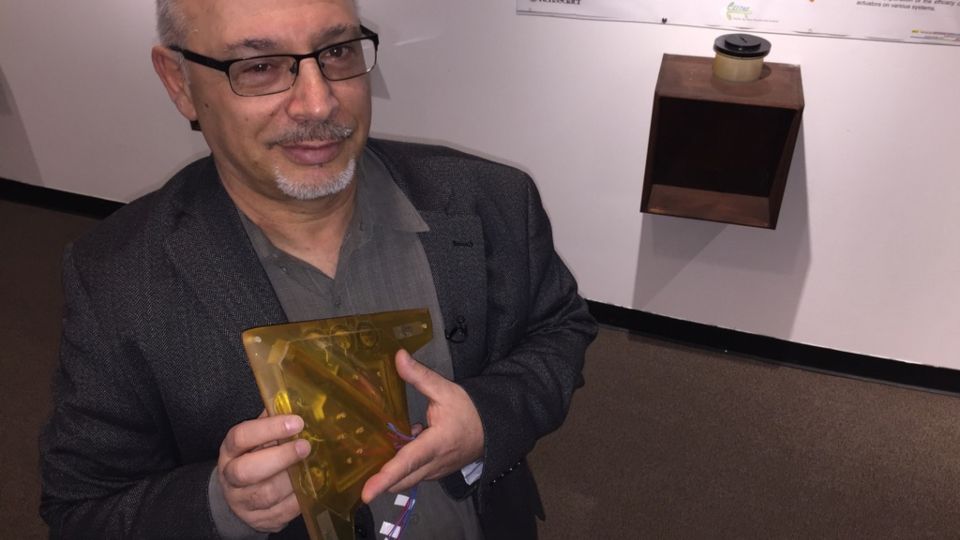 A professor at Rensselaer Polytechnic Institute is one of the world’s leading minds in aerospace engineering. Technology PRI Professor Miki Amitay developed has been adopted by various businesses.

Inside a dark, fog filled room in a Watervliet building is a state-of-the-art wind tunnel, but from the building’s exterior you would never know.

Amitay leads research inside. He uses a system of lasers, and cameras capture how wind passes over the scale model of an airplane wing.

His research at the Center for Flow Physics and Control is focused on fluid mechanics and aerodynamics. Amitay wants to understand how air moves over things, particularly aircraft equipment and wind turbines.

“The entire idea of the center is to take fundamental research, basic research that typically is done in universities, and transform it to industries,” Amitay said.

Amitay is an expert in developing actuators. They are small synthetic jets inside slots on things like airplane wings, drones, or wind turbine blades. It changes the flow of air around an object using puffs of air, activated electronically.

“Green energy, reduced emissions. So if you make the systems more efficient they consume less fuel, less CO2, and so on,” Amitay said.

Amitay's work has been adopted by numerous businesses such as Boeing. He is working to bring other technologies to market through a startup company “Actasys.” Technology designed to help trucks save fuel is being tested in Price Chopper Trucks, and General Electric has expressed interest in his work.

For Amitay, his work is never really finished. There is always a way to make fluid systems more energy efficient. Decades after he began this work, he is still driven. Rather than go with the flow, Amitay works to control it.