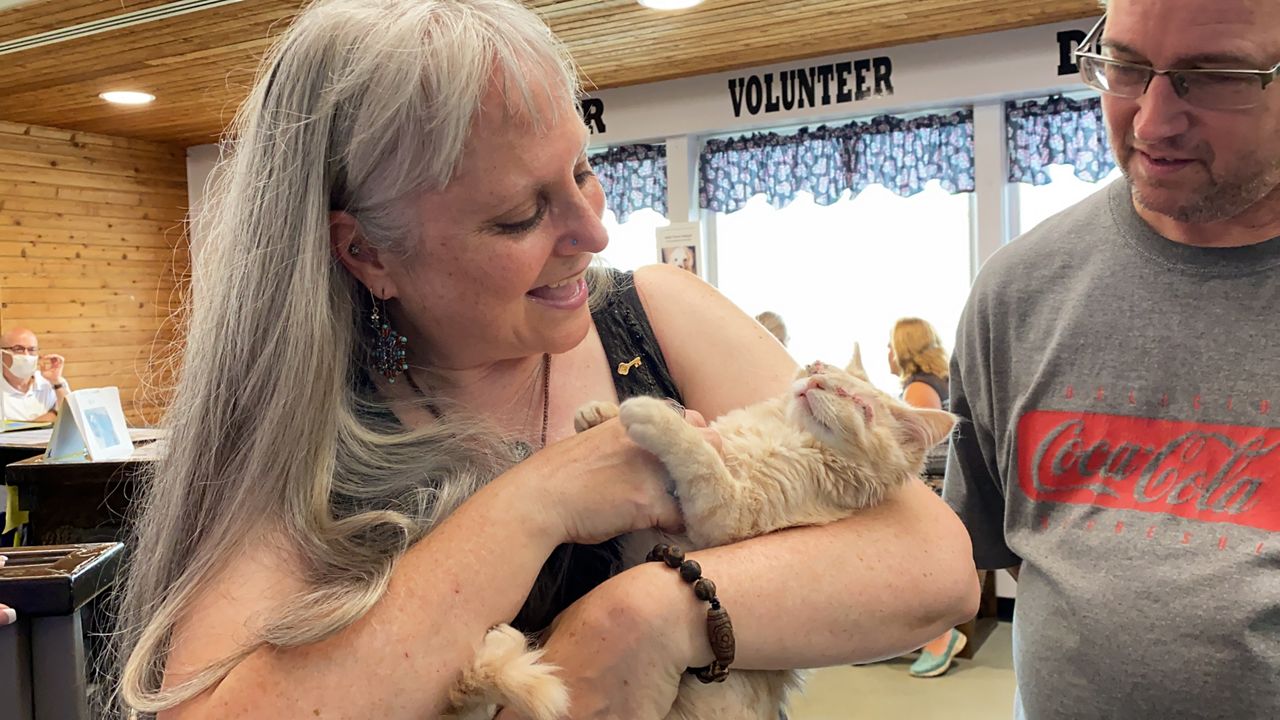 Erie County couple takes in blind cat, one of their many special needs adoptions

NIAGARA FALLS, N.Y. — A couple from Tonawanda has a lot of love to go around, opening their home to animals others might not want.

On Monday, they picked up their newest addition, a cat living with a unique disability.

There is something different about the feisty tabby they are adopting. At only a few months old, Eliza the cat sees the world a bit differently, because she can’t see at all. Both her eyes were removed at the Niagara County SPCA after a severe infection.

“She's not imperfect, she's just different from the other cats," Bojanowski said. "Those are the ones that everybody overlooks.”

For close to 30 years, the Bojinowskis have taken in these special needs animals. They don’t have kids, so these animals are their family.

Eliza will join a handful of pets, including three half-blind cats.

“This kitten couldn’t go to a better home,” said Susan Hollander, an employee at the Niagara County SPCA and a decades-long friend of the Bojanowskis.

Over the next few days, calls poured in about Eliza, but they were all too late. Within hours, the Bojanowskis had already decided she belonged with them.

“They just see an animal who could potentially end up sitting in a shelter because she’s missing her eyes and they knew immediately that she had to go home with them,” Hollander explained.

Eliza is starting a new life, with a new name: Tayet, an Egyptian goddess.

“[The goddess is] like a protector, so I kind of thought she needed a protector,” said Bojanowski.

There's no doubt she’ll be getting and giving back a whole lot of love.

While the Bojanowskis say this cat might be the last for now, who knows what tomorrow might bring.

“There's always a little piece of my heart in there that's left for somebody else,” said Bojanowski.

The SPCA does have many cats and dogs available for adoption. Some of them also have special needs. They say they’re always looking for caring new homes.