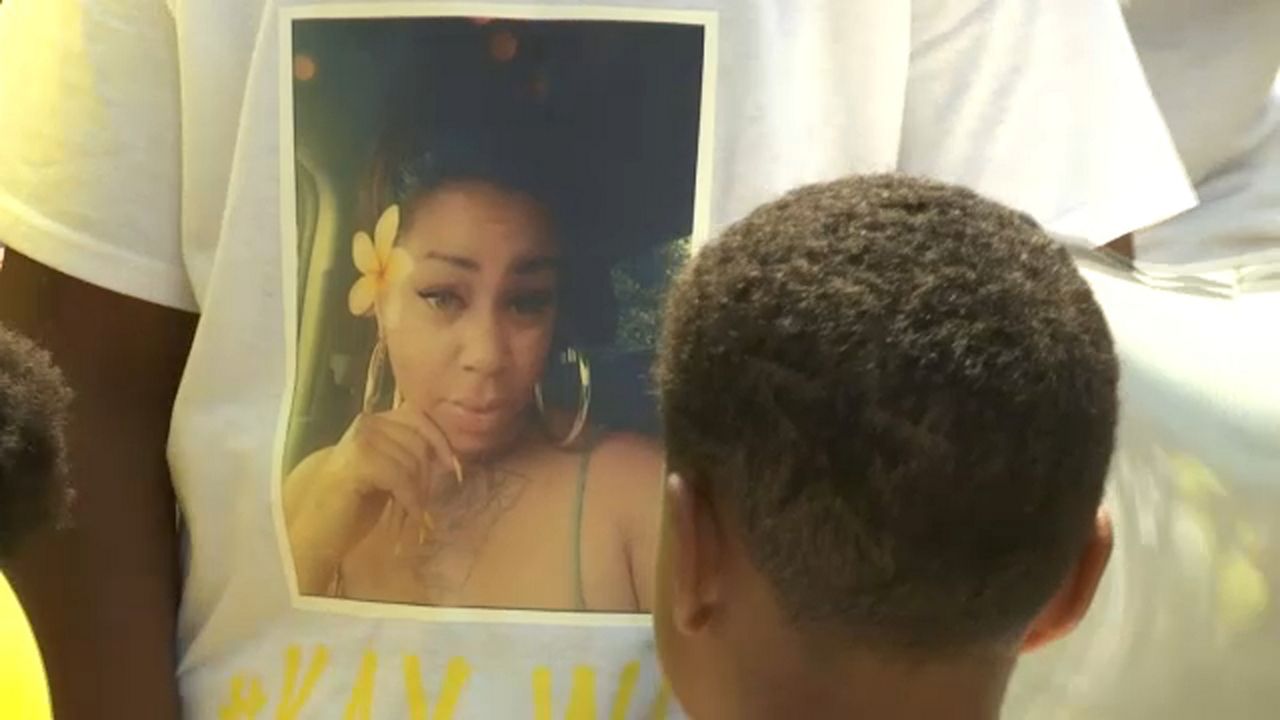 Family of Slain Mother of 5 Seeking Peace, Justice 1 Year After Her Murder

She's just 15 years old, but Nevaeh Tillmon has been forced to grow up fast. She's the oldest of five children whose mother, LaKendra Tillmon, was murdered one year ago, Aug. 2, 2018.

LaKendra Tillmon, 31, was driving down Butler Avenue in Buffalo when she was shot and later died. Her boyfriend and three kids were in the car at the time, two of those children were hers.

Family and friends on Friday gathered near the spot the shooting happened to remember and honor the woman they say put family first.

"She always made sure that everybody was right. She always did what she had to do to make sure we was good," Nevaeh said.

The family and friends of LaKendra Tillmon, the mother five who was gunned down while driving on Butler Ave in #Buffalo on this day last year, honored her with a balloon release this afternoon. No one has been arrested for her murder. @SPECNewsBuffalo pic.twitter.com/lrJYzsnkbW

Life has been difficult without her. The five kids, ranging from 8 to 15, are living with LaKendra's sister, who has two children of her own.

"Yes, the kids are struggling. Yes, the kids want answers," said Tina Sanders, a close family friend. "They have not gotten any answers about what has taken place with their mother."

A year after Tillmon's death, Buffalo Police detectives are still looking for the person who killed her. People are urged to call or text the confidential tipline at 716-847-2255. You can also call the homicide division directly or Crime Stoppers to make a report.

"Our homicide squad is always working aggressively. We never forget these cases," said Buffalo Police Deputy Commissioner Joseph Gramaglia. "We are asking anyone who has any information, and we know that there are people out there that know information, we would like for them to share it with us."

Many of Tillmon's loved ones wore shirts Friday with the letters "JFK" written on the front. That stands for Justice for Kay, LaKendra's nickname. Her father urges anyone who might know what happened to come forward.

"If it was their family, they would want someone to speak out," Larry Tillmon said. "I don't wish this on anybody. It's a hurt that you just don't get rid of."

"It's very frustrating," Sanders added. "The fact of it is we have five kids here that a big chunk has been taken out of their life."

Their message as they released balloons in Tillmon's memory on Friday: "No justice, no peace." LaKendra Tillmon will not be forgotten, they say.

"I love my mom and I want people to know how great of a person she was," Neveah Tillmon said.