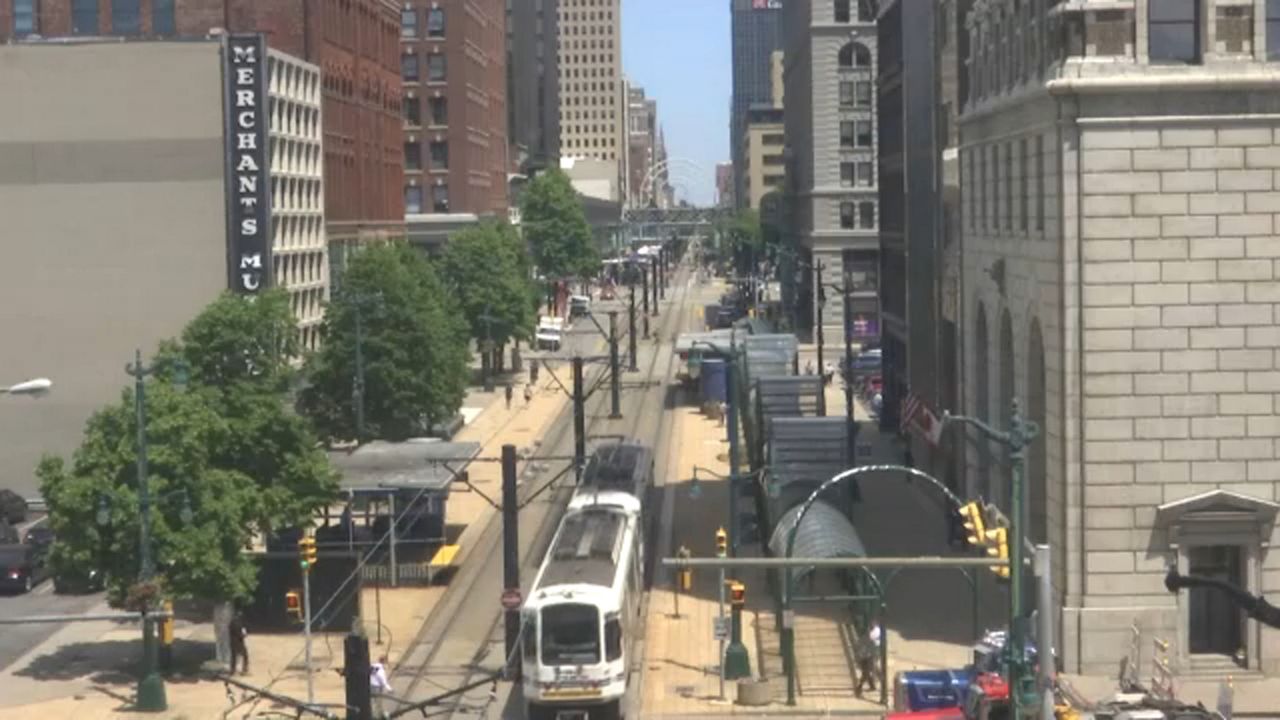 When Douglas Jemal bought Buffalo's tallest building he saw more than a vacant skyscraper. He saw the Seneca One Tower as a centerpiece to a revitalized city.

"You really want to make it a seven-day a week, 24-hour a day downtown," Jemal said Thursday as the developer and M&T Bank announced a new technology hub in the tower with the promise of more than 1,000 jobs.

The Seneca One Tower is located on top of Main Street in downtown Buffalo, a corridor that has seen dramatic changes in recent years, many designed to try to draw people into the city and keep them here. From Canalside all the way to the medical campus, Thomas Kucharski, president and CEO of Invest Buffalo Niagara, says Seneca One Tower can connect it all.

"You've got to plan for people to live, to move people around, to be entertained, to be fed and a variety of things," Kucharski said.

The city is also opening up Main Street to vehicle traffic in the "Cars Sharing Main Street" initiative decades after it was closed to cars to make way for the Metro Rail. Jemal loaned the city $10 million to help with a part of the work, with the Metro Rail and Main Street running directly under the tower.

"This project will also help to bring help tech talent and other investment not only to downtown Buffalo, but to the entire Main Street Corridor," said Buffalo Mayor Byron Brown.

Jemal's grand vision for his touch on downtown Buffalo extends a few blocks away from Seneca One to the former Buffalo Police Headquarters, which he bought for about $3 million and plans to turn into 175 apartments, mostly market-rate with 10 percent reserved as affordable units.

Kucharski says giving people options for housing, business and entertainment in central locations will be key as the region tries to attract more industries to make Buffalo their home. Invest Buffalo Niagara is looking at other cities like St. Louis and Minneapolis as guides for how to make it happen as the economy becomes more high-tech and fast-paced.

"Talent is looking worldwide. They're not just looking in their state or their region or whatever. That's the competition that we're up against," he said.

With projects like the reimagined Seneca One Tower, Kucharski says Buffalo is poised to compete now more than any time in recent memory.