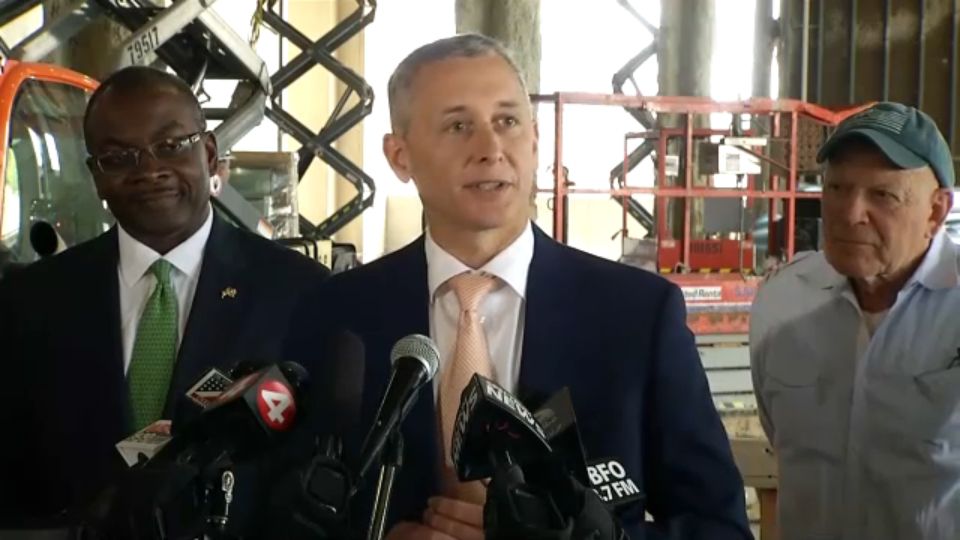 M&T To Bring Technology Hub, Jobs to Seneca One Tower

As construction continued outside Seneca One Tower in Buffalo Thursday, a major economic development announcement was made inside.

"That we believe is a significant opportunity for Buffalo. That will ignite economic growth and prosperity across the entire community," said Rene Jones, M&T Bank Corporation chairman and CEO.

The move is expected to add 1,500 jobs by mid-2020, as well as another thousand over the next few years.

"Our jobs cover lots of different skill sets. It creates an ecosystem where people can learn from each other and actually continue to invest and invent in Buffalo," said Jones.

The Fortune 500 company recently signed a long-term lease for an initial 330,000 square feet of space, with an option for more.

Leaders say the bank will occupy two large floors in the plaza area of the building, as well as floors 13 through 23 of the 38-level tower.

"We chose this location because of its proximity to the downtown business corridor, its position as a connector from the Canalside to Pegulaville to the Buffalo Niagara Medical Campus. Also, because it's a space in a footprint that’s conducive of the kind of open, innovative and collaborative workspace that we'd like to design," said Jones.

"From the minute I looked at this building that it was the centerpiece, it was a linchpin to revitalization," said Doug Jemal, Douglas Development Corporation owner.

Jemal, of Douglas Development in Washington, D.C., purchased the building in 2016.

He says he partnered with M&T because it shared his vision for the tower and the city.

The employees are expected to move in by the beginning of next year.