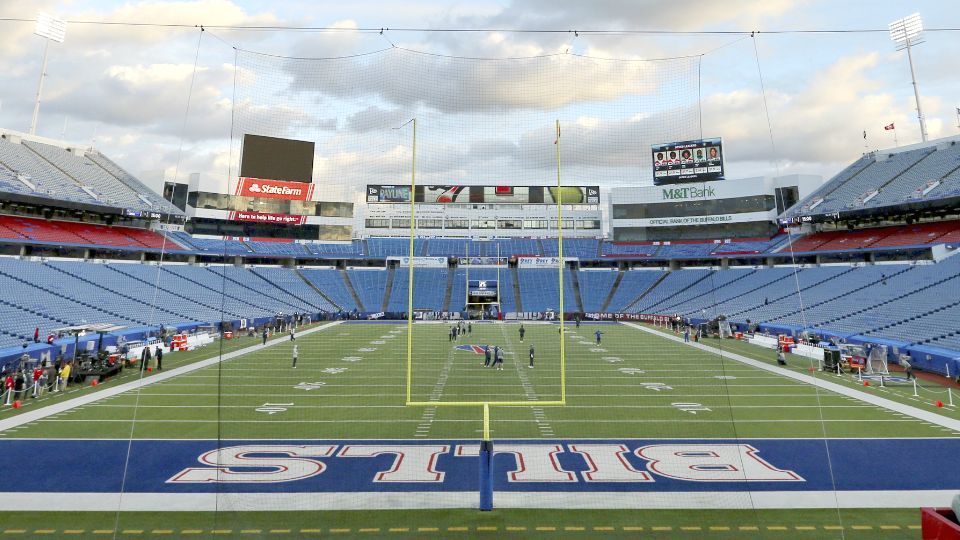 How Long Could It Be Before We See a New Bills Stadium?

NFL Commissioner Roger Goodell made an appearance at Jim Kelly's annual Celebrity Golf Tournament Monday, and was asked about his thoughts on a new Bills stadium.

Goodell said he is in favor of new, updated stadiums because they energize their fan bases and create an economic benefit, but he stopped short of saying a new facility is needed immediately in Buffalo.

He says he's confident in Kim and Terry Pegula's leadership on the issue.

"I think they are doing the work in talking about what it takes and what do they need, because each one of these, there's no secret sauce. What works in Dallas doesn't work in Buffalo necessarily," Goodell said.

The Pegulas last spoke about the issue in March at the annual NFL owners meetings.

Kim Pegula says they hired CAA Icon to conduct a private assessment and feasibility study that started at the beginning of the year, and will be concluded by the end of summer.

She says until she gets that report, she doesn't know whether the Bills will look to build a new stadium or do additional renovations at New Era Field — and how much public money they would request to fund it.

"I have no idea. One of the things I am saying is the owner of Icon was really, very much opening my eyes. He said, ‘listen, this is going to be one of the biggest, most impactful projects to come almost in 50 years by the time we get around to it,’" Kim Pegula said.

He added the current stadium lease lasts through 2023.

Based on recent stadium timelines, the Bills might extend that lease before building a new stadium.

The feasibility study for the Minnesota Vikings' stadium started in 2008.

The stadium opened in 2016 and includes $500 million of public funding.

Comprehensive plans for the Atlanta Falcons stadium were first released in 2011.

"The league just, I think more or less they want to see something done one way or the other. We're one of the smaller markets, and any way we can increase our revenue, they're for it," Terry Pegula said.

Terry Pegula said back in March the league has not pressured him on a timeframe.