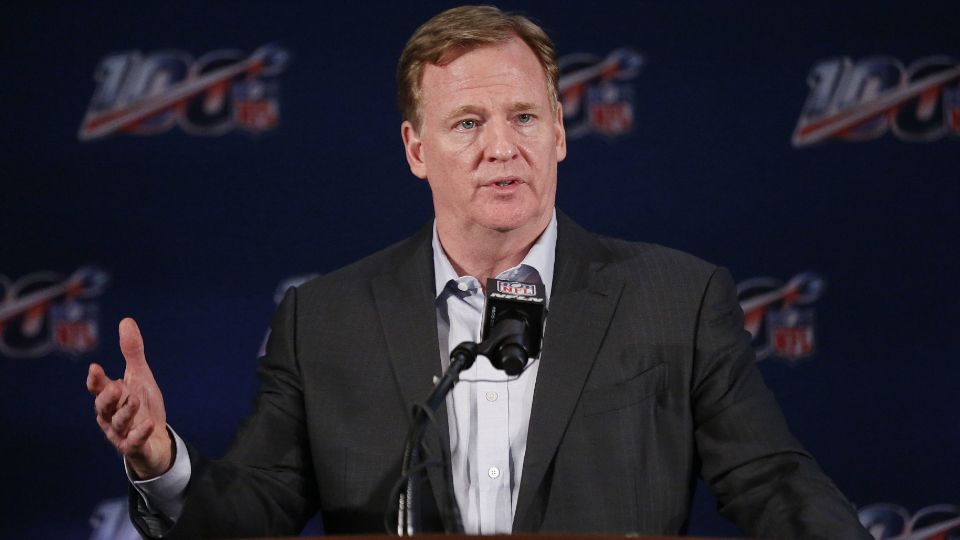 Bills stadium talk reached the top of the NFL Monday, with Commissioner Roger Goodell weighing in on the future home of his hometown team.

The Jamestown native is well aware of the initial steps the Pegulas are currently taking toward making a stadium decision, which is why the league’s not putting pressure on Bills ownership to this point.

“The reason why I’m supporting it is because I want to make sure this franchise remains stable here and continues to remain competitive. I think it’s great for this community. The way we’ve been able to do these stadiums is it creates an economic benefit too. I want the Bills to be successful and I want them to continue to be competitive in Buffalo,” said Goodell.

Some feel the best economic and competitive decision would be to build a new stadium downtown — but not the best quarterback in franchise history.

“I can’t see one downtown. I think there’s just too much building, but you never know. I love where we’re at. I don’t think we need one right away, but again, I’m not the owner, I’m not the commissioner, I don’t make those decisions,” said Hall of Fame QB Jim Kelly.

When asked about Buffalo’s chances of hosting an NFL Draft down the road, with Cleveland getting the event in 2021, Goodell just said the league will continue to move it around each year, with the biggest draw how each city and fan base has embraced the event and made it their own.

Erie County Executive Mark Poloncarz released a statement Monday afternoon, saying in part: “Commissioner Goodell’s comments are the same thing he’s said for years now ... We meet with the Bills regularly and will continue to do so to discuss all matters related to the stadium, including ensuring the security of the fans and maintenance of the current facility as well as what the future will bring."

My response to @NFL Commissioner Roger Goodell's comments from earlier today regarding the #Bills and the need for a new stadium: https://t.co/tgm4wtUCeK#ErieCounty#BillsNation#BillsMedia pic.twitter.com/FQfNeuGHq9