The long range outlook from the Climate Prediction Center shows July 2020 should be even hotter than average for North Carolina. 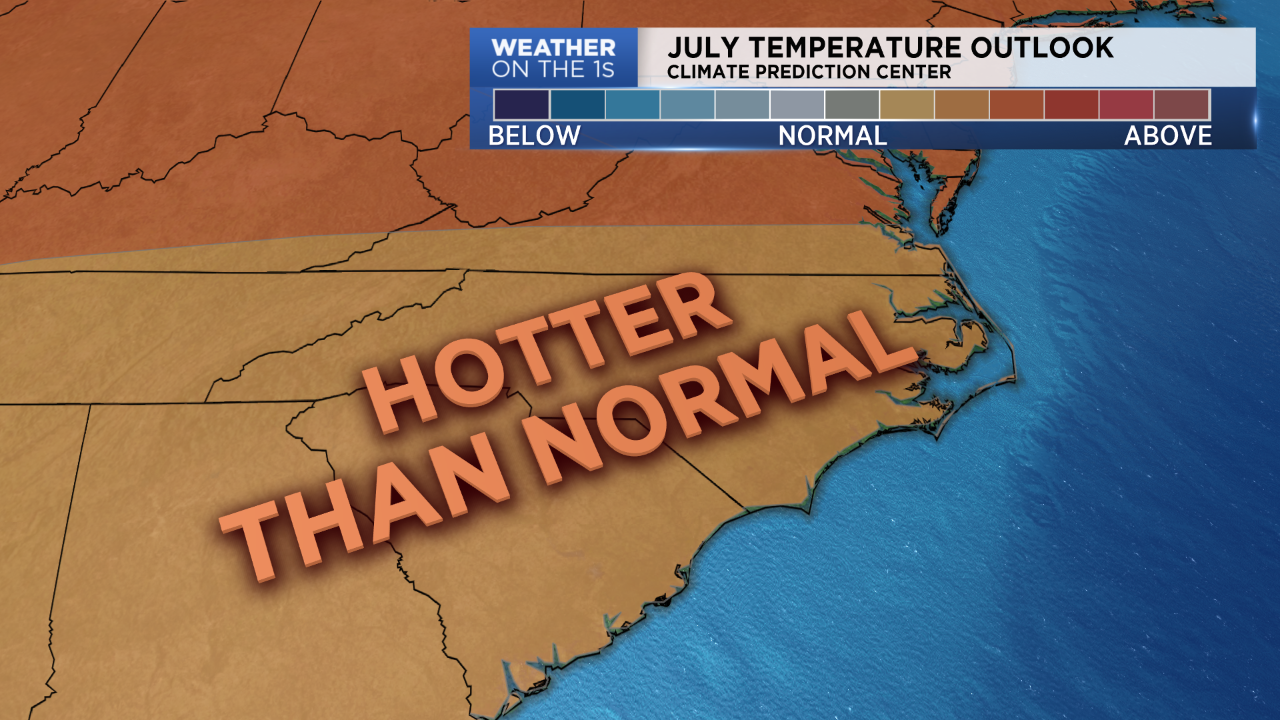 Normal afternoon highs for most locations in the state outside of the mountains and beaches are in the upper 80s to low 90s through July.  That outlook would suggest many days this month may end up at least a bit hotter than that.

Normal, or average, low temperatures for the month of July are in the upper 60s and low 70s for much of the state.

The hot and humid days of July may often lead to afternoon and evening storms. The Climate Prediction Center Outlook also forecasts wetter than normal conditions for the state in July 2020. 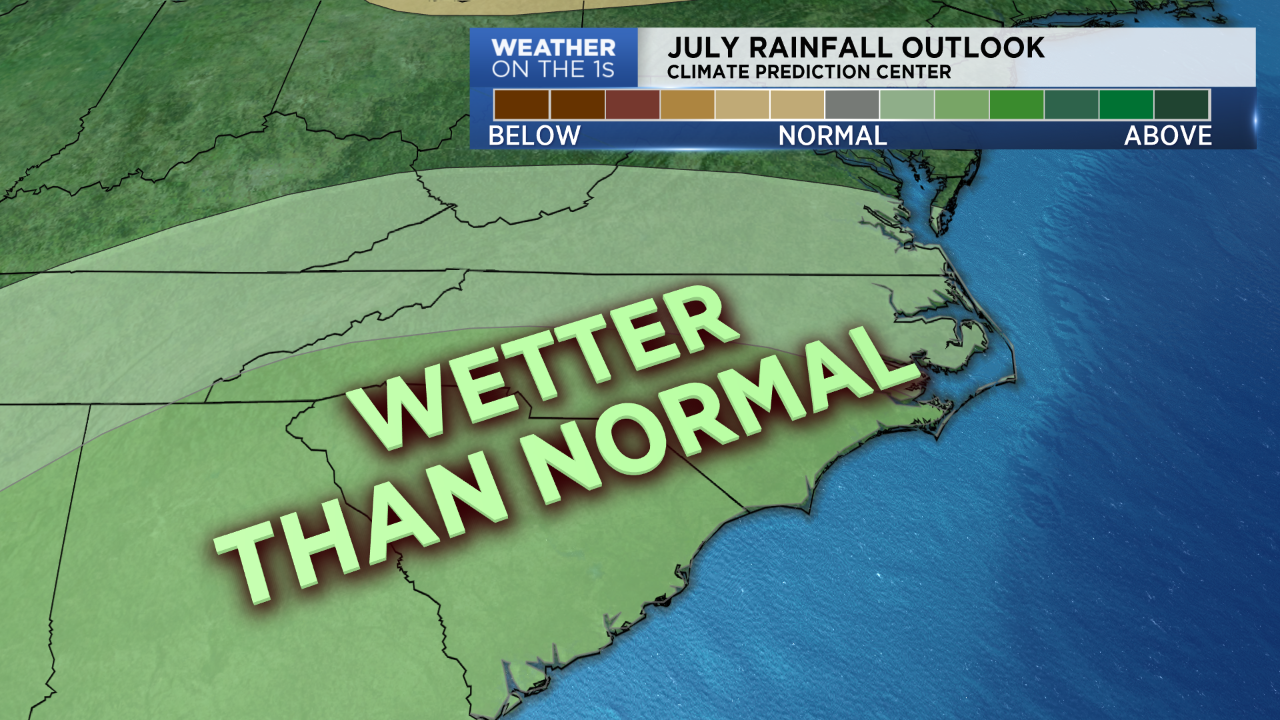