Flooding during Hurricane Dorian in Ocracoke. Photo by Philip Howard.

Rising Sea Level a Concern for the North Carolina Coast

NORTH CAROLINA – Our coast has many concerns every hurricane season. These powerful storms can bring devastating flooding, catastrophic winds, and deadly storm surge. A rising sea level will likely cause an even higher concern for flooding and storm surge in the coming years and decades.

I wrapped up my recent series on Hurricane Dorian recovery in Ocracoke by looking at the future the island faces as hurricanes intensify. The remote Outer Banks island measured its highest-ever storm surge during the storm that hit this past September. It surpassed the previous record set by Hurricane Matthew just three years prior.

Many residents of Ocracoke are preparing for that by raising their homes higher. Hyde County Commissioner Tom Pahl said there were around 200 homes set to be raised. The population of Ocracoke is just fewer than 1,000.

This is a danger that is not just facing Ocracoke at the Outer Banks but the entire coast of North Carolina. The North Carolina Climate Science Report released earlier this year stated that it is "virtually certain" that sea level will continue to rise due to the expansion of warming water and the melting of the Greenland and Arctic ice sheets.

The same report stated that high water levels from storms that had just a 1 percent probability of occurring at the beginning of this century will have a 30 to 100 percent chance of occurring by the end of the century.

Numerous Homes are in Danger

Another study by Climate Central and Zillow in 2019 found North Carolina was in the top three of all 24 coastal states in the country for most new homes built in low lying coastal areas that will be subject to chronic flooding by 2050. 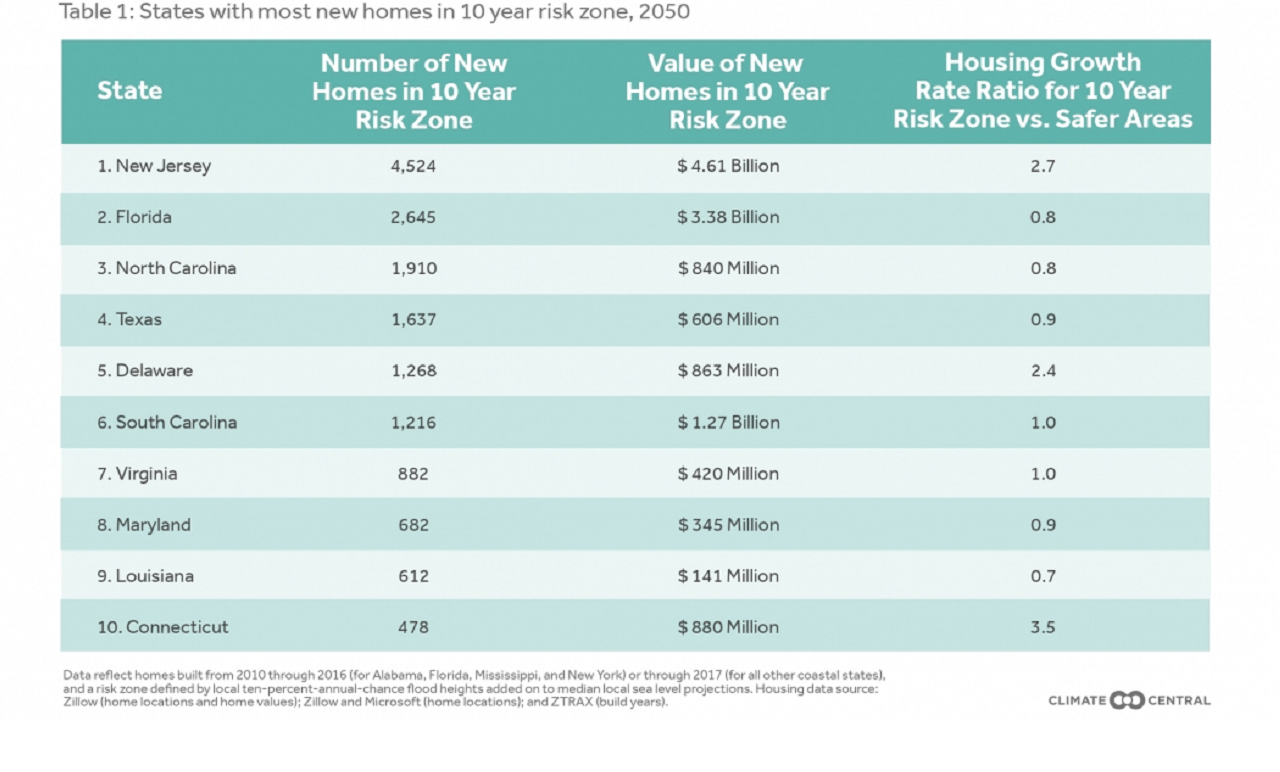 
Coastal Flooding is Not Just Coming from Storms

This coastal flooding is expected to occur even when there are no storms.  Reide Corbett from ECU's Coastal Studies Insititue and other climate scientists call this "sunny day flooding."

King tides, or the highest astronomical tides of the year, are more frequently causing flooding along the coast. A Climate Central analysis found that median number of days per year with flooding along the stretch of coast from Florida to North Carolina more than doubled between 2005 and 2015.