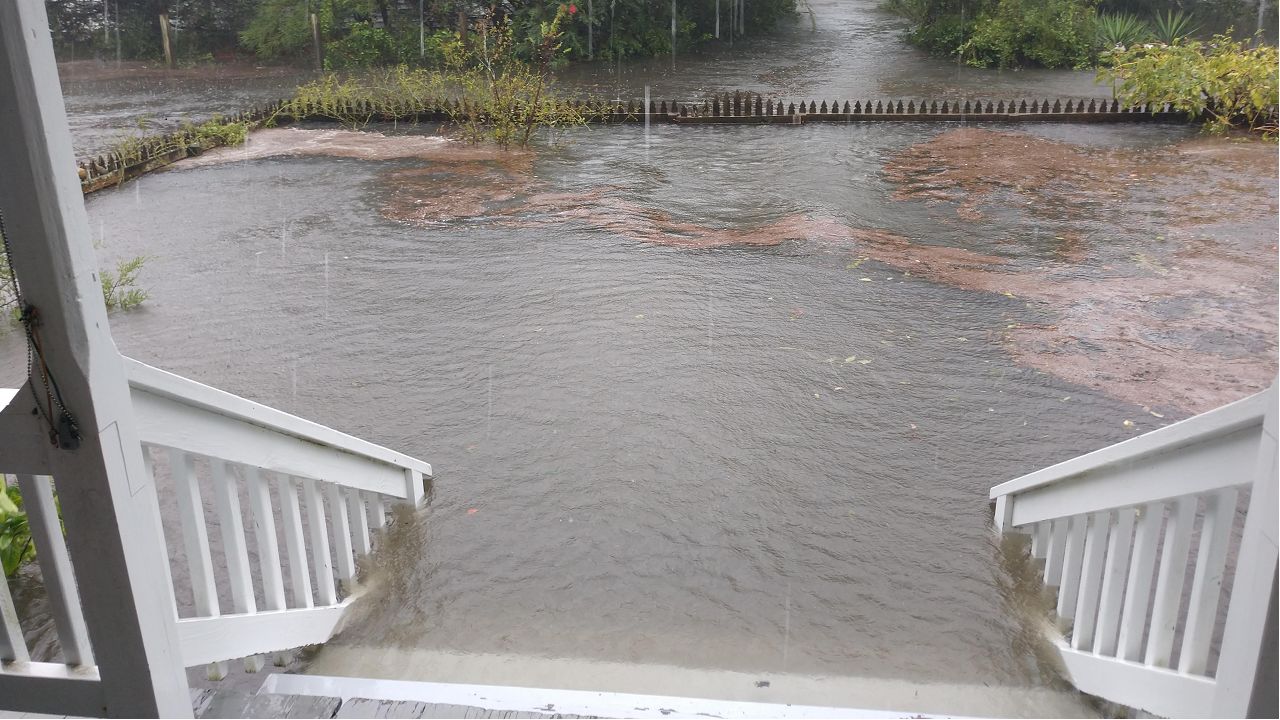 OCRACOKE, N.C -- As a new hurricane season begins, many of us have probably forgotten about the storms of the 2019 season. That is definitely not the case though for the residents of Ocracoke Island along North Carolina's Outer Banks.

If you have never been to the remote island, you may have not even heard of Ocracoke, especially if you are not from North Carolina.  It is not the easiest place to get to as the island is only accessible by ferry.

Our chief photojournalist Mark Barger and I recently made the drive to the Outer Banks and took the hour-long ferry ride from Hatteras to Ocracoke.  As a resident pointed out, one of the reasons Ocracoke is so special is the extra effort it takes to get there.

Once we arrived, we were greeted by some of the most pristine beaches on the U.S. East Coast.  The island has 16 miles of undeveloped coastline.

Some of the first people we met after arriving in the village on the south end of the island were father and daughter, Philip and Amy Howard.  Their family has lived on the island for generations dating back to the 1700s.  We even saw their family graveyard that is located right across the street from the craft gallery The Village Craftsmen that Philip opened in 1970.

Amy now manages the shop. She decided to evacuate Ocracoke when Hurricane Dorian threatened the North Carolina coast last year. Philip told us he stays for most storms and decided not to leave for Dorian.

The hurricane was not nearly as strong as it was when it caused catastrophic damage in the Bahamas, but Philip told us what happened on Ocracoke took everyone by surprise.  He described the storm surge that overtook the entire community.  “I saw the tide flowing down the lane in front of my house. Then it came from the left and right, and I knew it was just a matter of time.  It kept rising higher and higher.”

Like many homes in the village, the water eventually rushed into Philips' house, into Amy's house, and into the Village Craftsmen.

The Howard family has kept a record of high-level marks from past storms on the side of their store. Dorian was by far the highest. The second-highest was Hurricane Matthew which hit just three years before Dorian.

Amy told us she has counted around four dozen structures that had to be demolished in Ocracoke since the storm last September.  Another 200 are set to be raised higher to avoid future floods.

Philip currently lives in an apartment above their store while Amy's family lives in his house. When we visited, construction workers were hard at work rebuilding her home.  She told us she hoped it would be completed by the end of this year.

As Amy put it, "We've come a long way, but we still have a long ways to go.” The sounds of nail guns and saws could be heard all over the village.

As the new hurricane season begins, you could almost feel that residents are on edge. Amy pointed out that some even moved their cars to higher ground when a much weaker Tropical Storm Arthur brushed past the island in May. She said that is not something that typically happened in the past with a minimal tropical storm threatened.

Despite a storm that caused so much destruction and still a level of anxiety, several residents pointed out to us that Hurricane Dorian did have a silver lining.

The Howards told us everyone found out how much their special island is loved not just in North Carolina through the overwhelming support that came pouring into the community after the storm.  Amy told us, " I can’t name one person on the island that hasn’t been brought to tears."