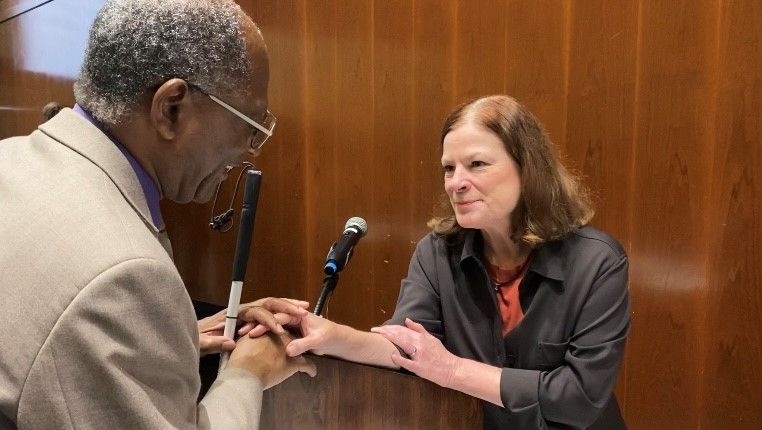 Mary-Ann Baldwin became Raleigh's mayor in 2019 and was on the city council for a decade. (Spectrum News 1/Mary Helen Jones)

RALEIGH, N.C. — Being mayor is supposed to be a part-time job. Mayor Mary-Ann Baldwin, however, is constantly on the go.

A lot of her job isn’t out in the spotlight. There are events, like an awards ceremony for the Mayor’s Committee for Persons with Disabilities.

Before running for mayor in 2019, Baldwin served on the city council for a decade, and then retired.

When the election came, she said she felt she was the right person for the job. Her experience on city council meant she came into the job with a base knowledge, from the budget to staff.

“My learning curve was COVID. The unrest after George Floyd and then unfortunately dealing with what I dreaded, and that was having a mass shooting in our community. No mayor wants to ever deal with that,” Baldwin said. “It’s been heart-wrenching.”

Despite a term filled with learning curves, Baldwin is running again, hoping to hold her seat.

Public safety is top of mind, as is affordability. She says housing affordability and transit go hand in hand in the future of Raleigh.

“If we can build more housing on heavily used transit lines, people don't need a car. All of a sudden they have $10,000 more in their pocket for the year,” Baldwin said.

“Money magazine named us the fourth best place to live in the country,” she said. “What we have to do is keep building on that because, you know, we can't let that slip away.”

Baldwin is running against DaQuanta Copeland  and  Dr. Terrance Ruth in the Nov. 8 election.