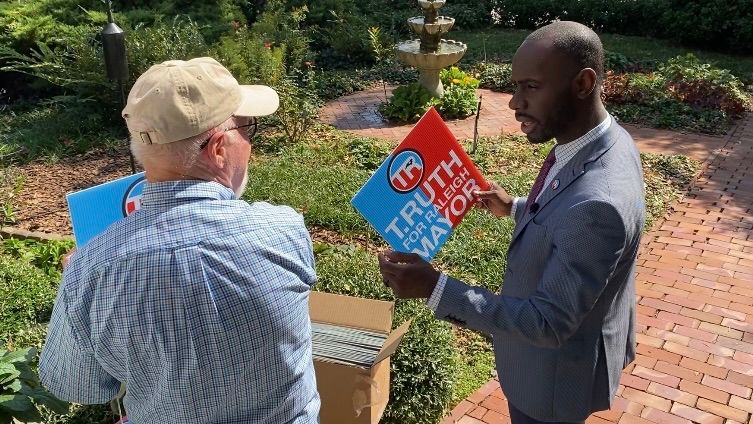 RALEIGH, N.C. — When he declared his candidacy for Raleigh Mayor in January 2021, Dr. Terrance Ruth expected to have a six-to-eight-month campaign.

Dr. Terrance Ruth is running to be Raleigh's mayor

He says his top priorities are affordability and engagement

Now, he’s almost made it to Election Day, but last year, the election was moved from October 2021 to November 2022, with officials citing redistricting.

Ruth says during that extra year of campaigning, he’s seen a shift in the city.

“So much has changed since we announced. We’ve seen some issues become more exacerbated. You’ve seen other communities that were sort of silent or at least living their day-to-day, which have had some really tough years, become activated and energized,” Ruth said.

In the final weeks, he’s able to hear about those communities during campaign events and meet and greets.

Ruth is one of three people running to lead North Carolina’s capital city.

He says he can bring something different to the position.

His top two priorities are affordability, both in transportation and housing, and engagement.

It’s an area he says the city is lacking in.

“That’s really why I’m entering. We have a divided city,” Ruth said. “If we’re going to do anything in the future that’s worth improving the quality of life, we got to do it together, and right now we don’t have that unity at the moment.”

Ruth is running against incumbent Mary-Ann Baldwin and DaQuanta Copeland.