In one of the most closely watched primary races in the Triangle, Valerie Foushee won the Democratic nomination for North Carolina’s 4th Congressional District, according to the Associated Press.

With Rep. David Price’s retirement at the end of this term, there was an open race for the primary in this heavily Democratic district. Early voting totals show Courtney Geels leading in the GOP primary for the 4th District.

North Carolina's primary elections have been getting national attention and attracting millions of dollars in out-of-state funding, including in the 4th District. The race pitted Foushee, a state senator seen as the "establishment" candidate, against Nida Allam, who had the endorsement of Sen. Bernie Sanders.

In the 13th Congressional District, Wiley Nickel won the Democratic nomination by a wide margin. On the Republican side, Bo Hines was leading by about 3,500 points over DeVan Barbour as of about 11 p.m.

The balance of power in Washington D.C. could depend on how North Carolina voters swing in just a handful of elections in November. 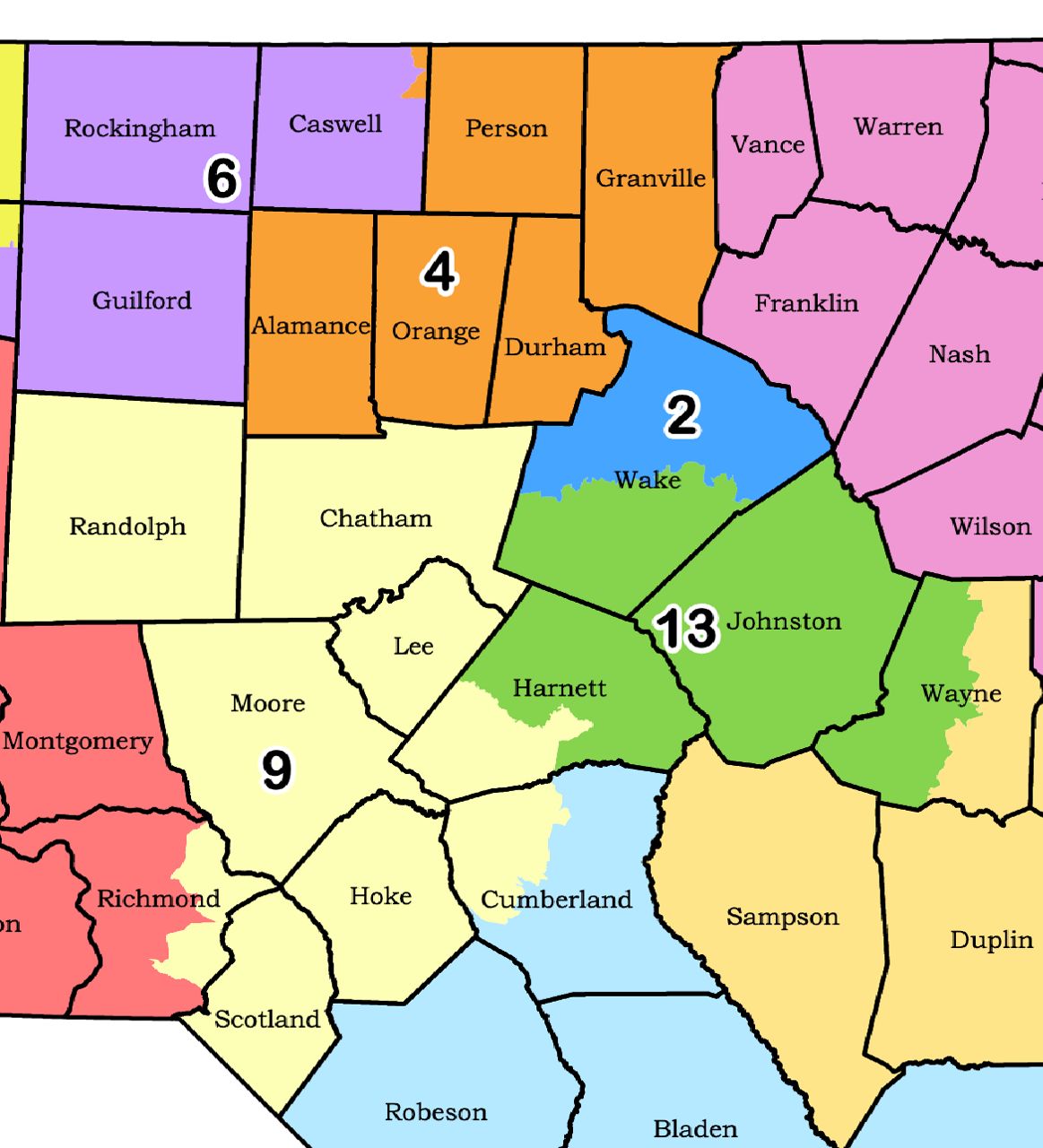 There are open races with no incumbents in the 4th and 13th Congressional Districts.

Another focus in this year’s elections will be how candidates endorsed by former President Donald Trump, like Bo Hines in the 13th and Ted Budd in the Senate race, do in the primaries. Many see those elections as indicators of how much influence Trump still has over the GOP.

In the Senate primaries, the Associated Press called the GOP race for Ted Budd and on the Democratic side for Cheri Beasley. Budd defeated McCrory with about 60% of the vote, according to unofficial results from the State Board of Elections.

The Associated Press called the Democratic primary in the 4th for Foushee Tuesday night. In the GOP primary, Geels was ahead by a wide margin.

The 4th District includes Alamance, Durham, Orange, Person and Granville counties. The district is considered safe for Democrats in November, so Foushee will likely be the next member of the House representing the 4th.

The 2nd District, which includes Raleigh and northern Wake County, is also considered a safe district for Democrats.

Unofficial results show Christine Villaverde with a wide lead in the Republican primary as of 11 p.m.

Incumbent Rep. Deborah Ross did not have any competition for the Democratic nomination.

The 13th District will likely be the most competitive House seat in November. With no incumbents, there were crowded fields for both party primaries.

As of 10:05 p.m., The Associated Press called the race for Democratic candidate Wiley Nickel.

Bo Hines, a political newcomer with the endorsement of former President Donald Trump, had a healthy lead in the polls as 11:00 p.m., but AP had not yet called the race. With all precincts reporting, Hines had about 32% of the vote and Barbour was in second place with about 22%.

Trump held a rally in the district to support Hines, Senate candidate Ted Budd and other candidates in the state in April. But despite the former president’s endorsement, 26-year-old Hines faced an uphill battle when he came in from out of the district to run for the open seat.

Ben Clark is the sole Democrat running in the 9th District, so there was no party primary Tuesday. The largely rural district, which includes Fort Bragg, is seen as a safe seat for Republicans.

On the last day of early voting Saturday, Trump gave Hudson his endorsement.

"Congressman Richard Hudson is a tremendous advocate for the incredible people of North Carolina in Congress," Trump said. "As Fort Bragg’s Congressman, Richard is working hard to advance our MAGA agenda.”