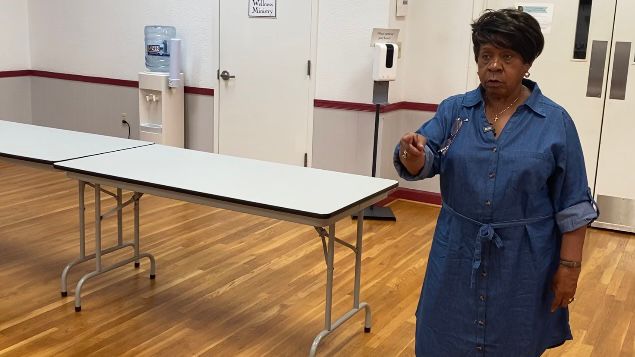 APEX, N.C. — Cloyce Lassiter has been working at her Chatham County precincts during election season since 1982.

“I come to work at the polls in honor and memory of my parents, who had to read the Preamble to the Constitution to get to vote in Chatham County,” Lassiter said.

For over nearly four decades, Lassiter has watched the precinct grow from around 300 voters to over 4,000.

It takes a lot of people, like Lassiter, to make sure North Carolina’s elections run smoothly.

Chatham County alone has 16 precincts. It takes anywhere from 50 to 150 volunteers to run an election cycle in Chatham County, and Chatham is just one of North Carolina’s 100 counties.

Even though elections can be contentious, Lassiter says she’s been looking forward to getting back to her work at the polls.

“Normally they’re cordial. We don’t have a lot of problems in this precinct. I’ve been working in the precinct since it was opened,” Lassiter said.

In addition to working every election, Lassiter says she hasn’t missed a chance to vote since she first registered.

She’s says it’s her obligation as a citizen, and it honors her parents, who had to try three times to successfully register to vote in Chatham County.

Lassiter remembers being 5 or 6 and going with her parents as they tried to register.

She says her mother was adamant about voting being a necessity.

“Prior to moving back to Chatham County, we lived in Durham, the City of Durham. But we moved back here, and she was voting in Durham. So she wanted to continue to vote,” Lassiter said.

As early voting winds down, and Primary Election Day approaches, Lassiter says she hopes everyone fulfills their duty as citizens and votes in 2022.