The state General Assembly goes through redistricting every 10 years after the census population counts are released. North Carolina's redistricting efforts during the last cycle ended up in political and legal battles for most of the decade, with courts ordering legislators to redraw the maps several times.

"Under these maps, Guilford County is split into three congressional districts, diluting my consitutuents' interests and lumping them in with far-flung counties in the western mountains, the suburbs of Charlotte, and as far east as Wake County," she said. "These maps don't acknowledge that the Triad is a region with shared interests, concerns and needs." 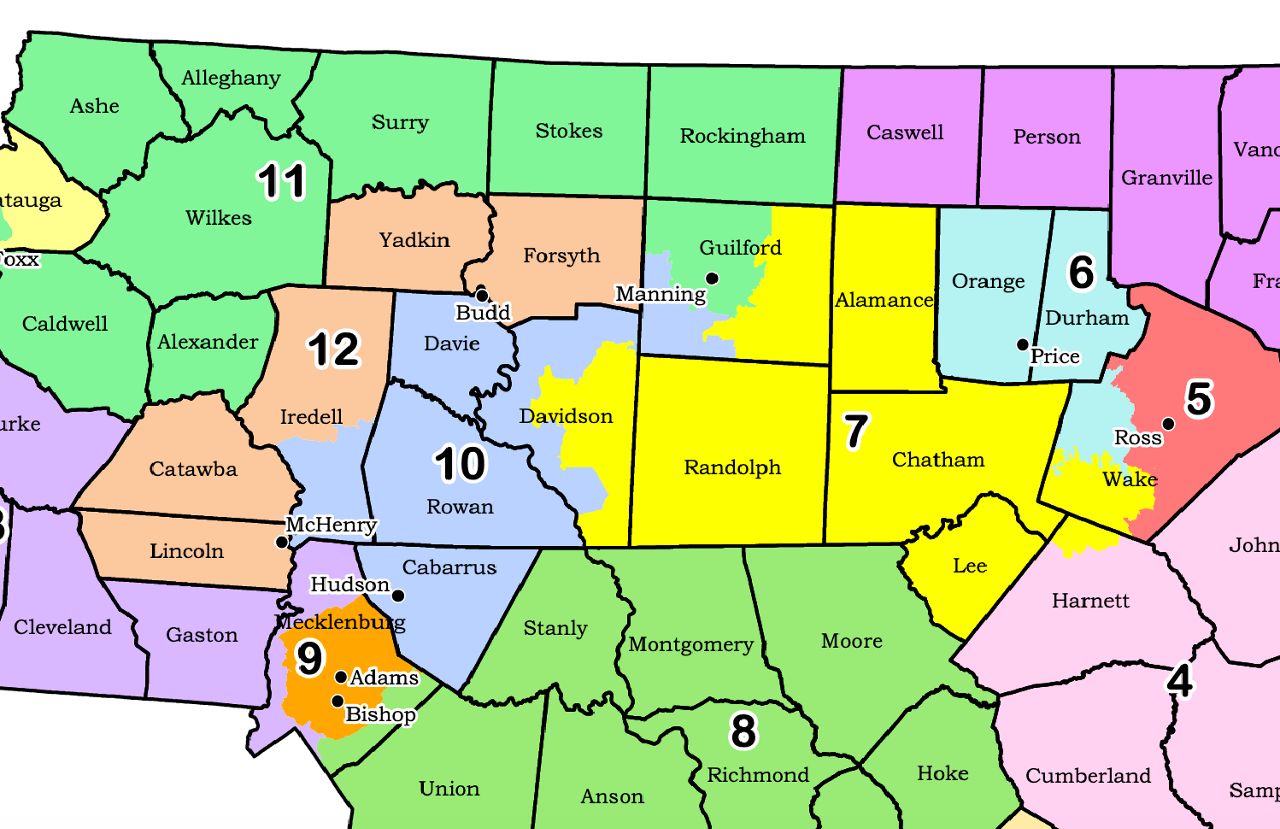 The new map splits Manning's 6th Districts up into several districts that put Democratic-leaning voters from Guilford and Forsyth counties in districts with more Republicans.

"These maps were created for one purpose only: to ensure Republicans win more House seats so that they can recapture control of the U.S. House of Representatives," Manning said in a statement.

The map also puts Republican Rep. Dan Bishop and Democratic Rep. Alma Adams together in a heavily blue district that includes much of the Charlotte metropolitan area. Bishop said he would potentially move to stay in his current district and run for re-election.

The Princeton group found the map gave Republicans an unfair advantage. According to the models, which incorporate historic election data, the maps would likely lead to 10 Republicans and four Democrats being elected to the U.S. House from North Carolina.

North Carolina is seen generally as a purple state, with about half of the state leaning toward the left or the right. That's been evident in recent statewide and national elections.

Redistricting committees in North Carolina's House and Senate have been working since August to redraw the state's political maps for congress and the legislature. The committees decided not to use historic voting data or information about race as criteria in the mapping process, but they did opt to include factors like keeping counties and municipal areas whole and keeping incumbents in their districts.

North Carolina is getting a 14th Congressional District this year because of the population grown of the last decade.

In order for the legislature to stay on track for a primary election in March, the maps need to be finalized and approved by the end of the week. The three maps, for congress, the North Carolina House and the North Carolina Senate, need to each pass through both chambers of the General Assembly. Cooper does not have veto power over the maps.