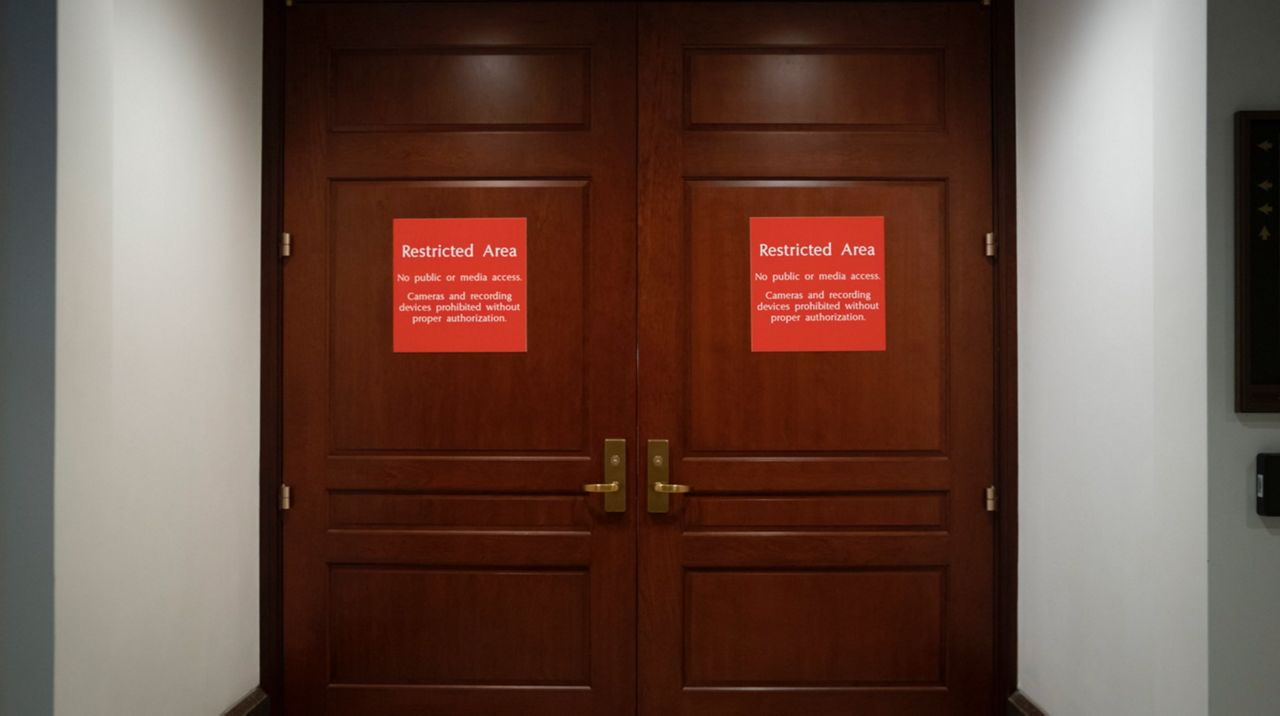 It is an exclusive ticket on Capitol Hill: a seat in the secure room that is home to the first phase of the impeachment probe.

Only lawmakers on three House committees have been permitted inside for the closed-door interviews.

That has led Republicans to blast the Democrat-led inquiry as secretive and unfair, even though dozens of GOP lawmakers are allowed inside for the depositions.

Two North Carolina lawmakers sit on the committees with access. However, one of them has so far not attended any of the secure testimony: Rep. Virginia Foxx, R-5th District.

Foxx's office confirms she has not been in the room for any of the depositions, though in a statement, the congresswoman said she has reviewed materials available to her.

“Several depositions have been scheduled when Congress is not in session and other events have been scheduled in North Carolina. Others have had their time changed, conflicting with other responsibilities in Washington, including my work as Republican Leader on the Education and Labor Committee,” she wrote.

RELATED: What Role are North Carolina Lawmakers Playing in the Impeachment Inquiry?

Foxx is not alone. A review by the news outlet Roll Call shows many other Republicans on the committees are also not showing up for the interviews.

Foxx has repeatedly criticized the impeachment probe. In a recent interview, she said the process has not lived up to the standards of Congress.

“We’re not a banana republic and things should not be done in secret. They should all be out in the open,” Foxx said.

By comparison, North Carolina’s other lawmaker permitted in the room - Rep. Mark Meadows, R-11th District - has been a frequent participant in the depositions. Transcripts show him interjecting and asking questions.

Meadows is a key Trump ally on Capitol Hill, so far serving as one of the president’s chief defenders throughout the impeachment inquiry.

“I’m one of the few members that actually has been there for all of the depositions,” he said recently, while speaking with reporters outside the secure room where the interviews have taken place.

Next week, the hearings go public, with testimony lined up for Wednesday and Friday.