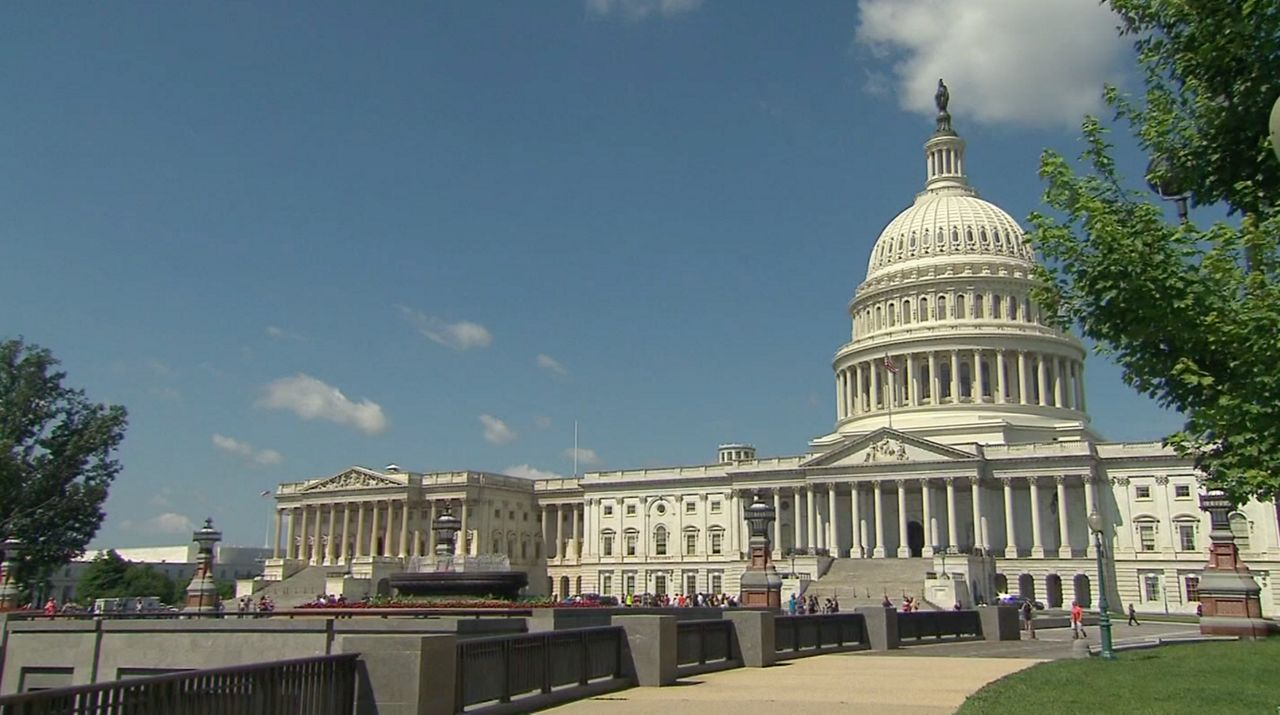 What Role are North Carolina Lawmakers Playing in the Impeachment Inquiry?

The impeachment inquiry into the president is now in its fourth week. House lawmakers are questioning government officials - both current and former - behind closed doors.

What role are North Carolina lawmakers playing in the process?

Reps. Mark Meadows, R-11th District, and Virginia Foxx, R-5th District, are both members of the House Oversight and Reform Committee - one of the three panels that are handling the investigation.

Meadows has participated in the closed-door depositions, including during Congress's two-week recess.

Meadows is a Trump ally on Capitol Hill and has throughout the inquiry played the role of outspoken presidential defender, often attacking the Democrat-led process.

“They love to actually have this secret way of trying to form a narrative to impeach this president,” he said Friday during a speech at the Values Voter Summit.

Meadows is the former chair of the conservative House Freedom Caucus.

RELATED: Do Past Impeachment Cases Offer Clues for Today?

North Carolina's three House Democrats, meanwhile, are backing the inquiry. However, none of them sit on the committees central to the investigation.

Some on Capitol Hill are beginning to view impeachment as inevitable. If the House approves articles of impeachment, that would kick things to the upper chamber, where North Carolina’s two senators - both Republicans - would join their colleagues in serving as jurors of the president’s fate.

Sen. Thom Tillis, who is running for reelection next year as a Trump-ally, has been outspoken in his criticism of the probe.

“I’ve seen the transcript, I’ve seen the complaint - and if that alone is all they’re using to drive all the resources in the House, then I think it’s a waste,” Tillis said during a conversation with reporters last week.

Sen. Tillis called the impeachment inquiry a "waste of resources" on Wednesday.

Asked if it was all right for the president to ask foreign countries to help investigate a political rival, he said, “I’m going to leave it to the president to make that decision.” #ncsen #ncpol pic.twitter.com/HHRenYV4sv

Sen. Richard Burr, meanwhile, has refrained from commenting on impeachment or the Ukraine call.

Burr heads the Senate Intelligence Committee, which is conducting what is being described as an “inquiry” into the whistleblower complaint. Burr told reporters Wednesday that so far, the whistleblower has not agreed to testify before his panel.

“Don’t expect us to move at light-speed,” Burr said in late September. “But the committee’s committed to make sure we get to the bottom of what questions need answers.”

A two-thirds vote in the Senate is required to remove the president. That is likely a difficult feat, involving at least 20 Republicans turning against the commander in chief.