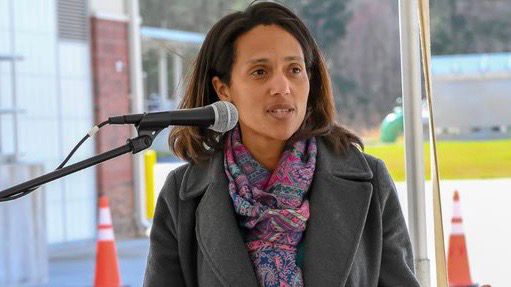 RALEIGH, N.C. -- Black women are 42 percent more likely to die from breast cancer than White women.  This is just one of many disparities in health and health care that fall along racial lines.

State Representative Sydney Batch wanted to make sure she was able to defy those odds when she was diagnosed with breast cancer three years ago.

“The first thoughts that came in my head was, 'Am I going to be able to live long enough to see my kids grow up?,'” says Batch, a Democrat who serves Wake County.  “Are they even going to have memories of me?”

Her diagnosis came down at a particularly hard time. She was on the always grueling campaign trail, seeking a seat in the state house.  She decided, difficult or not, she would stay in the race.

“I decided at that time to stay, and then hopefully amplify other women's voices that have been in similar situations but not as fortunate as myself,” Batch says.

She credits her recovery to early detection.  That is something she acknowledges many women, especially black women, don't get.

Batch says she agrees with many of her Democratic colleagues in believing some of the disparities would disappear with more access to healthcare through things like the expansion of Medicaid.

Today, Batch says she feels confident she will be dancing at her sons' weddings someday, and that for her and many other women, her diagnosis was not a death sentence.

“So there is always hope.  It's a scary place, but you can come through it because you wear the life you have and you are strong enough to come through it.”

One group designated to helping Black women fight breast cancer is the Sisters Network. Their website can be found here.