The cost of maintaining N.C. Highway 12

North Carolina Highway 12 is like no other road in the state and quite possibly the entire country.

The highway runs along the barrier islands that make up the Outer Banks. There are several thin stretches of the highway where you can easily see the ocean on one side and the sound on the other.

The unique road often takes a beating during tropical storms, hurricanes, nor'easters and even just periods of higher than normal tides.

The NCDOT has identified seven "hot spots" on Highway 12 that can become overwashed by the ocean or soundside flooding during storms.

There have been cases where sections of the road have been closed for days due to the overwash, completely isolating residents of Hatteras Island. Highway 12 is the only road in and out of many Outer Banks communities.

A bridge is being constructed to route the highway around and over one of those "hot spots" near Rodanthe. Many are calling it the "Jug Handle Bridge" because of its shape. It's scheduled to open later this year or early next year at a cost of $155 million. 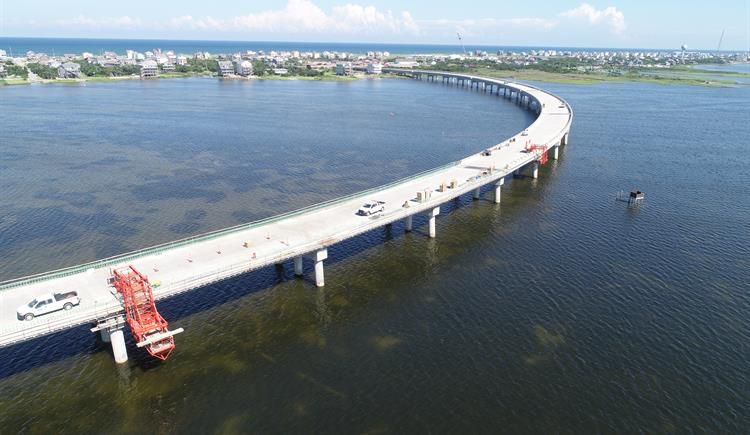 According to the NCDOT, here's a look at how much has been spent over the last ten years to maintain the road between the new Basnight Bridge over Oregon Inlet and the Hatteras ferry terminal.

After taking the ferry from Hatteras, Highway 12 continues on Ocracoke. Here's how much the NCDOT says they have spent to maintain Highway 12 from the north ferry terminal on Ocracoke Island to the village Ocracoke.

Earlier this year a task force was formed to develop a long term plan for Highway 12. The group is made up of federal, state, and local agencies.