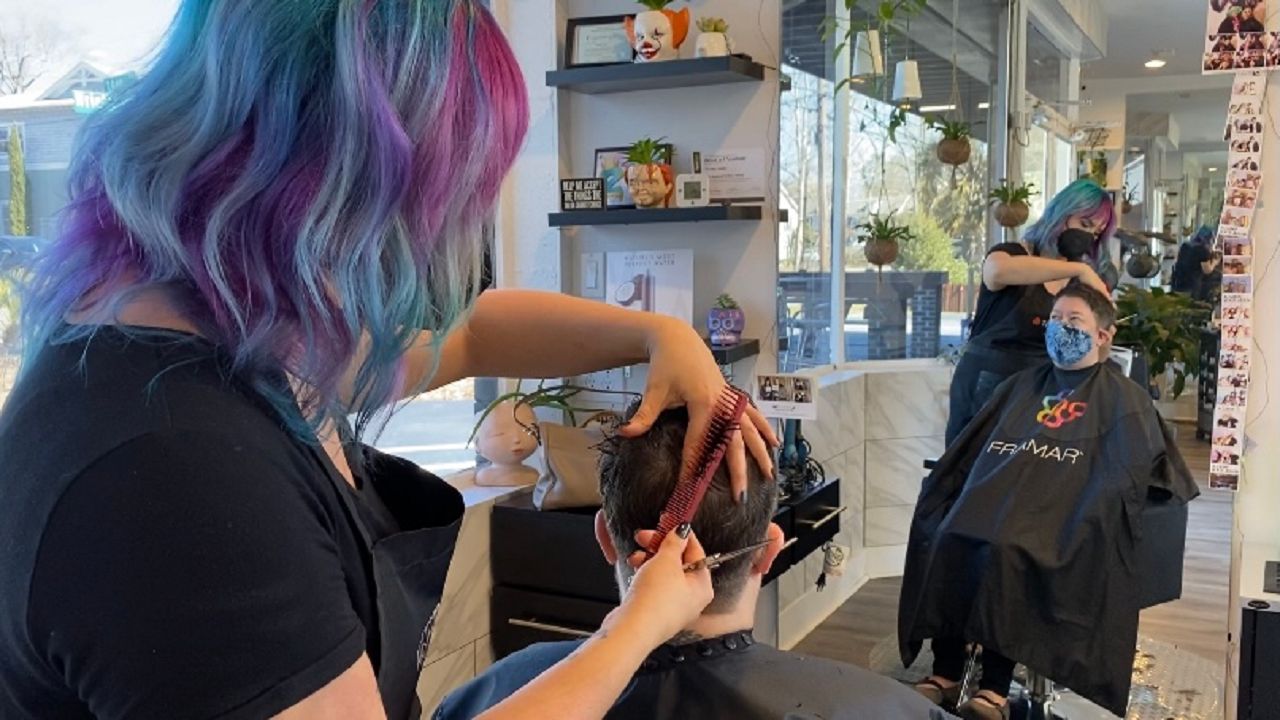 WILMINGTON, N.C. — Blythe Lundy not only opened a new salon in the middle of the pandemic, she also opened the first gender-neutral hair salon in Wilmington.

“We decided that we wanted to be a gender-neutral salon to provide non-discriminatory prices for people,” Lundy says. “And also just a safer place, so that they can feel comfortable without having to identify that for us based on the services they receive.”

Lundy says that even before she opened Hair Republic, she was already trying to change the way haircuts are priced. In places she worked before, prices were gendered. That means there was a standard, usually a more expensive, price range for a women’s haircut, and a less expensive range for men.

But opening a salon that charges based on the length and style of the cut instead was only step one, she also wanted to create a space where everyone felt safe and welcome.

“I definitely wanted to have a safer place in the community that everyone could feel welcomed and also just allow them to express themselves and allow them to feel good without having to tell us anything that we don’t need to know, besides how they want to wear their hair,” Lundy says.

Her clients are appreciative.

"I think it’s really important to have inclusive, safe spaces because there’s so few of them these days, and having this option where you don’t have to identify if you don’t want to, it just makes for a really pleasant experience…and she’s a wizard with hair,” Client Sheina Kali says.

Another client, Camille Bove, says that before finding Hair Republic, it was hard to find a space to feel confident during a hair appointment.

“Every time I would go to a barber shop, I would just feel really uncomfortable a lot of the times. And then when I would go to a salon, I was getting charged as much as I was charged when my hair was down to my hips to get it bleached, and dyed and all that, which didn’t make sense,” Bove says.

Now, Bove has found a space where she can look good, and feel even better.

“I don’t dread getting my hair done, I really care about my hair and my appearance now that I’m confident with who I am as a person, which took a really long time as it was. So having a place I can go to that wants to help me be confident with myself, I don’t know, that means a lot to me,” Bove says.

Not gendering prices at a salon allows for an inclusive experience based around the wants of the client instead of money. While being the first salon in Wilmington to formally organize their prices that way feels good, at the end of the day, the most rewarding part for Lundy is knowing that her clients are leaving with a bit more confidence and acceptance than they came in with.

“You don’t realize how important it is to have a gender-affirming salon and a place that people feel safe until you see how much it makes their day to know that regardless of how they identify, they leave feeling confident and like the best version of themselves,” Lundy says.

You can learn more about Hair Republic’s goals and beliefs on their Facebook page.