As N.C. Begins to Send Out Mail-in Ballots Friday, What are the Key Congressional Races to Watch?

Across the state, county boards of elections will start sending those ballots out on September 4. All told, more than 600,000 North Carolinians have requested ballots so far. That is more than 16 times the number requested at this point in 2016, according to data compiled by Catawba College Professor Michael Bitzer.

The surge in ballot requests comes in the middle of a global pandemic and a high-profile political season.

In North Carolina, the presidential race, the gubernatorial race, and a must-watch U.S. Senate race are all on the ballot. But beyond these top-of-the-ticket match-ups, North Carolina is home to several congressional races of note, including potential pick-ups for Democrats.

Recent redistricting means that two seats are likely to flip from Republican to Democrat. 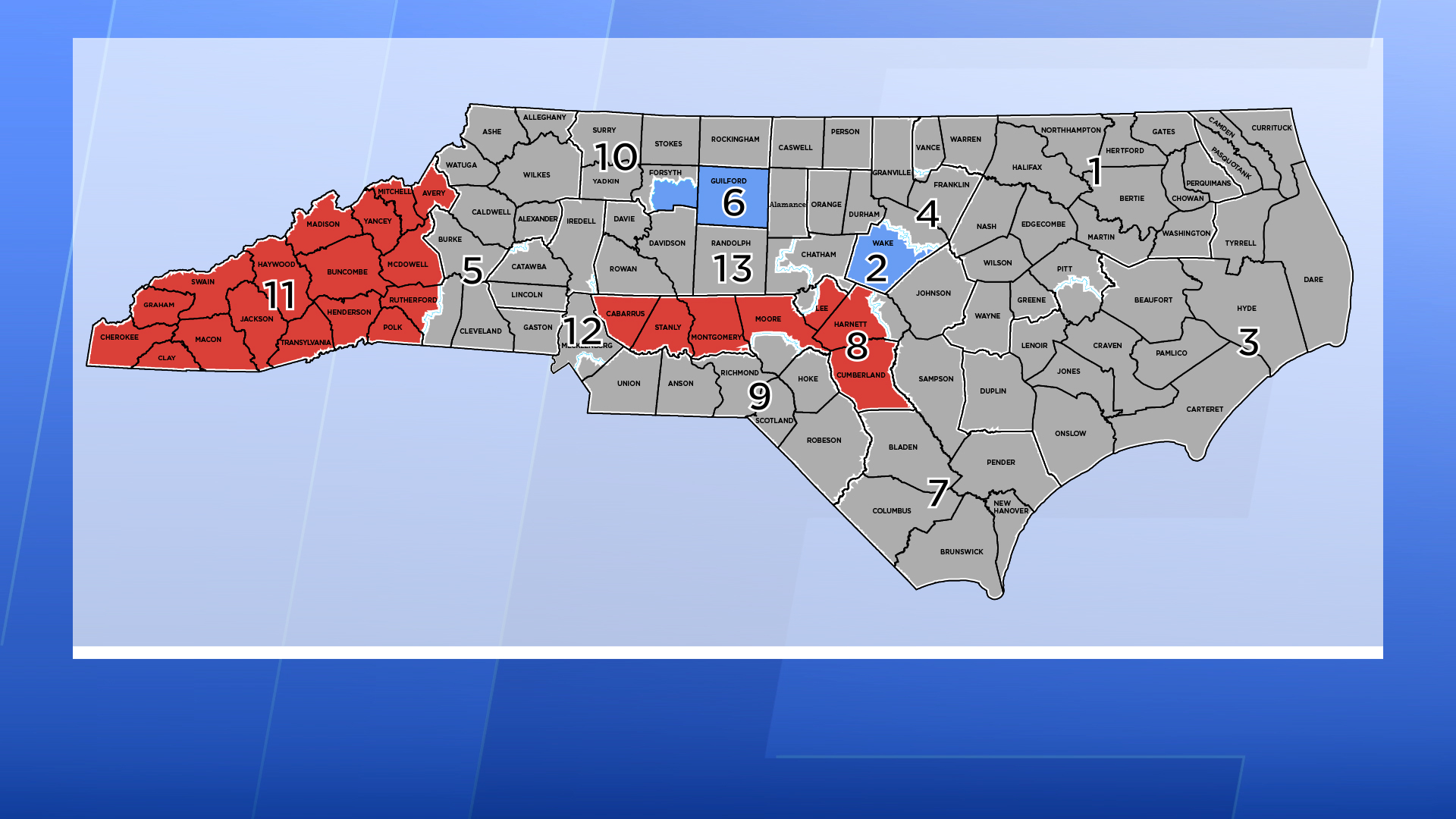 The Democratic candidates in those two contests are women, meaning voters also are likely to expand the number of women in North Carolina’s delegation on Capitol Hill. Currently, two of the 15 lawmakers from North Carolina there are women.

Democrat Kathy Manning is likely to win in the 6th District, which under the new map is now centered around Greensboro. Incumbent Republican Mark Walker declined to run in the newly blue district.

“When women succeed families succeed. I think there’s a lot of truth to that,” Manning said in a recent interview. “In this case, I think what we will see is: when women succeed, our country will succeed.”

Meanwhile, Democrat Deborah Ross is expected to see a victory in the now Raleigh-centric 2nd District, replacing Republican George Holding, who also chose not to run.

“We need to build on the Affordable Care Act. We need to make sure that we have lower prices for prescription drugs,” she said.

RELATED: USPS: N.C. Voters Risk Having Their Mail-In Ballots Not Count in November Election Due to Late Delivery

Two other North Carolina congressional races are getting some attention: the 8th and 11th Districts. While the Republicans are favored in both match-ups, some election watchers say they may be slightly more competitive than originally anticipated.

On Thursday, Sabato’s Crystal Ball, which rates races across the country, moved the 11th District contest from “Safe Republican” to “Likely Republican,” citing a “credible” Democratic challenger and the recent “hot water” Cawthorn has gotten in over social media posts.

“If numbers indicate a strong Democratic push in that particular district, we could see the challenger, Patricia Timmons-Goodson, really make Richard Hudson, the incumbent Republican, run for reelection in a very tight race,” he said.

After the 8th District was redrawn as part of the map overhaul, Sabato’s Crystal Ball moved it from “Safe Republican” to “Likely Republican.” It has since been further updated to "Leans Republican."

Even further down the ballot are the state legislative races. With another round of redistricting right around the corner after this year’s census, and North Carolina on course to potentially pick up another congressional seat, control of the General Assembly could set the political tone for the next decade.

The North Carolina State Board of Elections will continue to accept applications for mail-in ballots over the next few weeks. The NCSBE Executive Director is recommending voters get their request in “as soon as possible.” No excuse is required to ask for a mail-in ballot in North Carolina.

More details on mail-in voting can be found here. An online portal to request a mail-in ballot is located here.