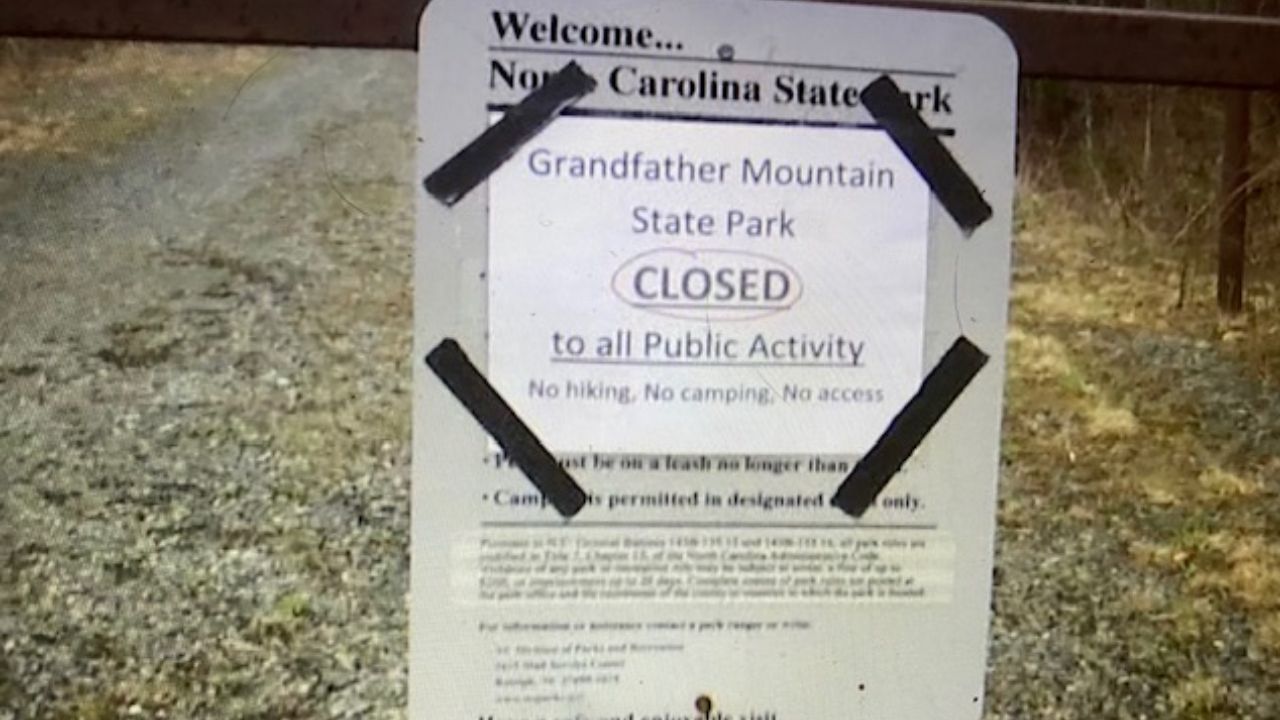 NORTH CAROLINA -- Twenty five state parks have been shut down due to coronavirus concerns.

Park rangers say due to the high number of people hiking on the trails, it is impossible to practice social distancing. They say, the narrow trails make it impossible to stay far enough apart.

Park ranger Luke Appling says the closures are for the protection of visitors, rangers, and first responders. He says, if someone were to be sick or injured on the trail first responders would be at risk working to get them out.

Despite the closure, many people were walking around the gates at Grandfather Mountain State Park this past weekend, which is against the law.

Those people were issued tickets and court dates by rangers who say it is not safe to do that.

"We're closing down for their safety as well as our safety. It's the most logical thing to do. Keep people out of these areas where they will be congregating and not practicing social distancing, even if they want to, if they pass 20 other people on the trail it's impossible to stay away from them," said Park Ranger Luke Appling.

The 25 state parks that are closed are: