A Cat 5 Snowstorm? A Look at Our Biggest Winter Storms

Meteorologists like to categorize and rank things, and snowstorms are no exception. That’s where the Regional Snowfall Index comes in.

It uses population and historical snowfall information from the eastern two-thirds of the U.S. and applies that to Northeast snowstorms. Big snows falling on big cities have big impacts, so NESIS accounts for that by incorporating how much snow fell over an area and the population affected.

All that data leads to a score, which corresponds to a 1-5 scale.

However, the calculation doesn’t work well in other areas. For example, a snowstorm in North Carolina that’s significant by Southern standards might not even rank using the NESIS formula.

That’s where the Regional Snowfall Index comes in. The RSI ranks storms based on the historical particulars of smaller regions. Like the NESIS, it gives storms a 1-5 rating based on population and snowfall. 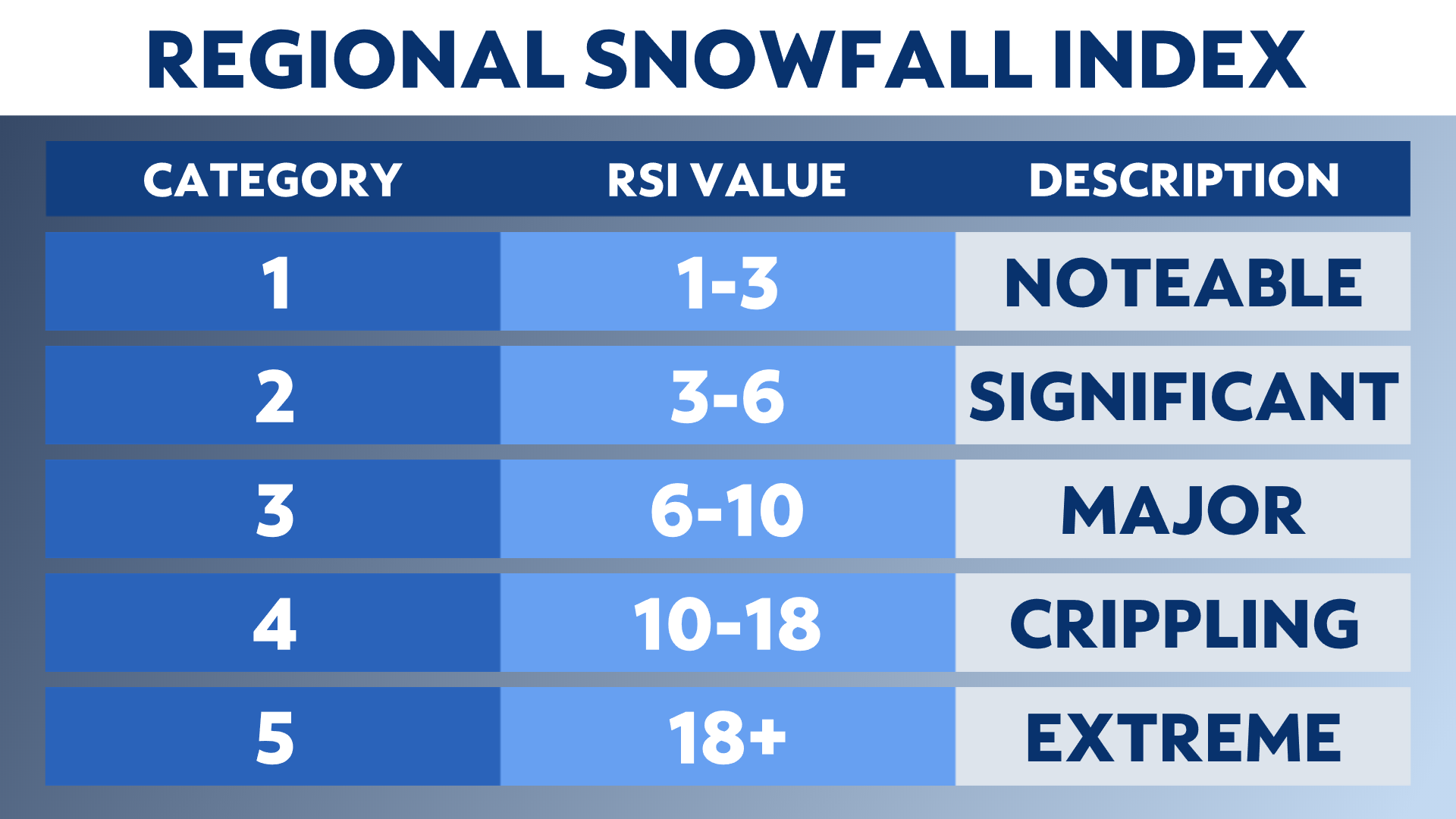 Wondering what the RSI says the top three snowstorms are in the Southeast? 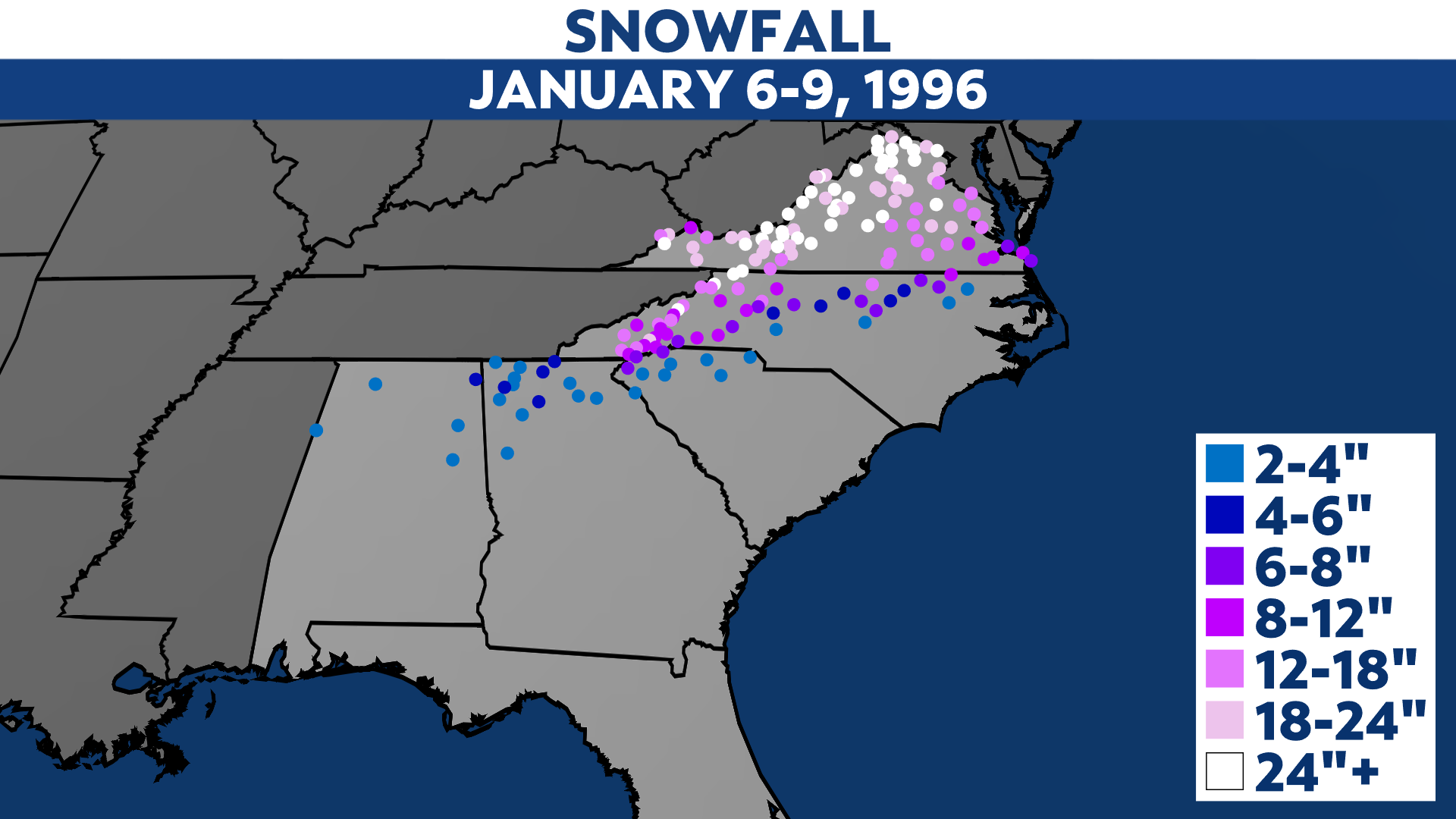 The Blizzard of 1996 was one of the most potent nor'easters on record. While Virgina got the most widespread snow in the Southeast, parts of North Carolina still got an astounding two feet of snow. 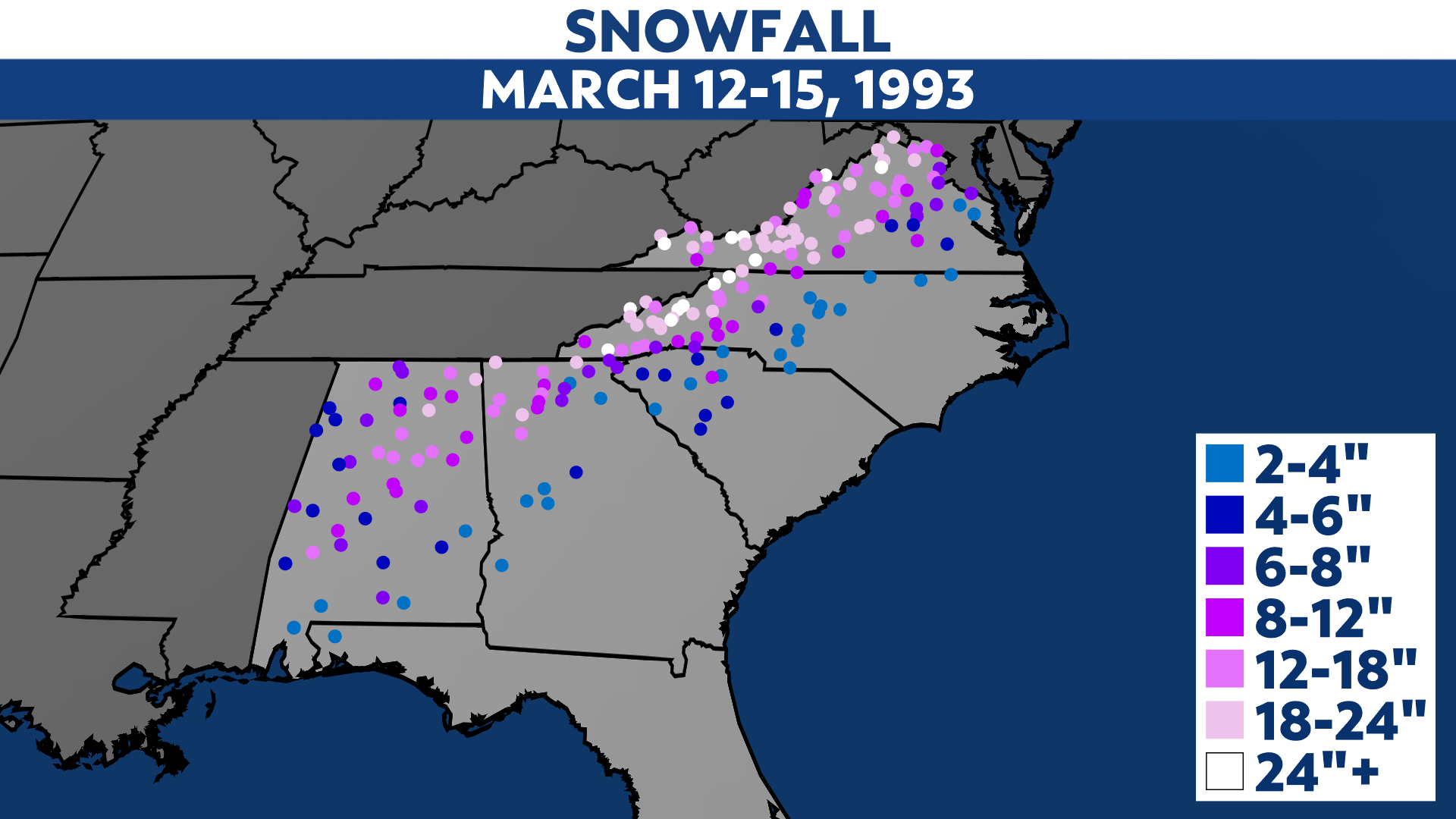 This nor'easter was also a big deal in the Southeast. A few inches of snow fell in central North Carolina, while the mountains got as much as a couple of feet. 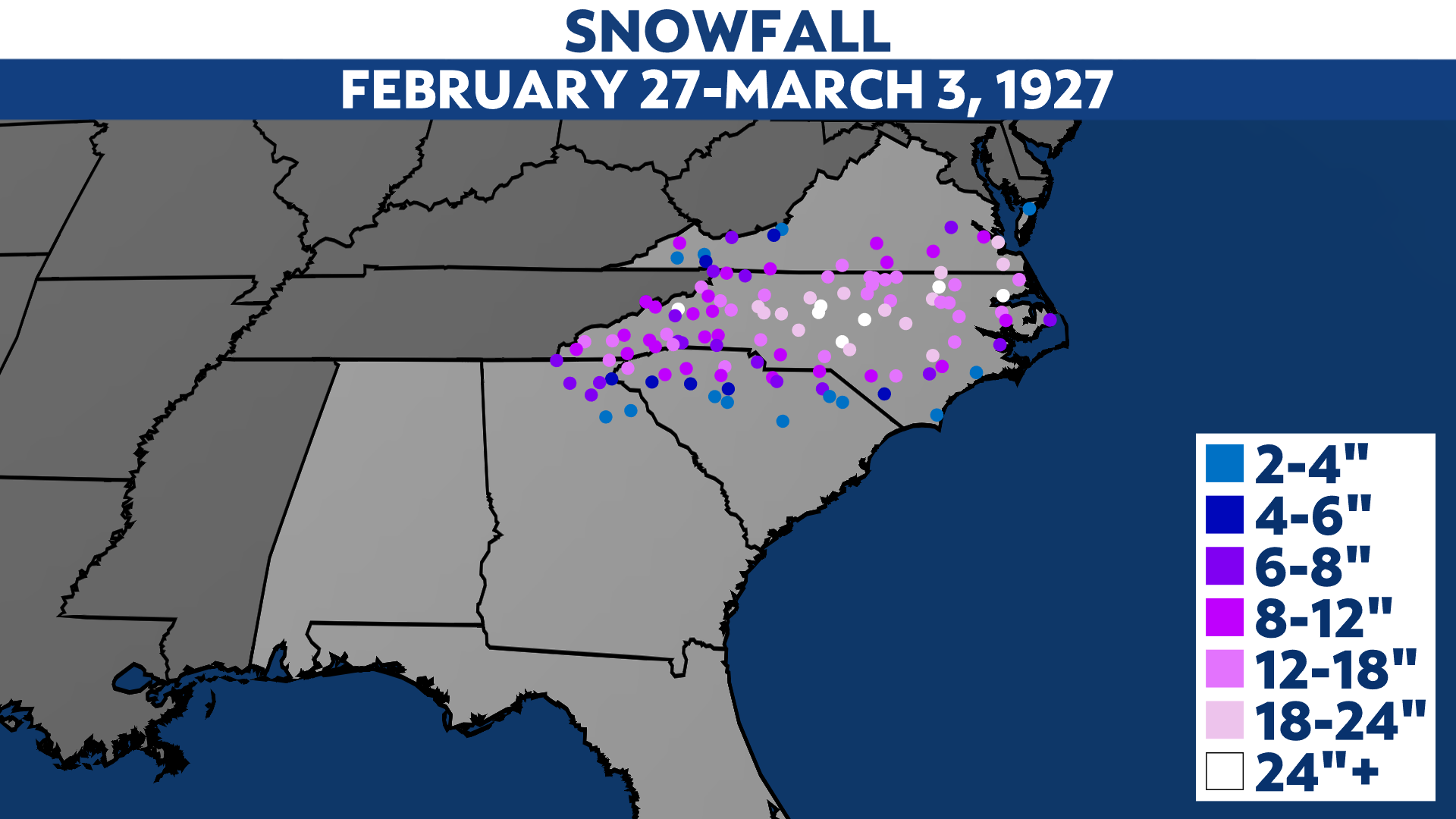 This incredible snowstorm came right across the heart of North Carolina. It dumped 20+ inches in the middle of the state, and a few inches of snow even fell on the coast.