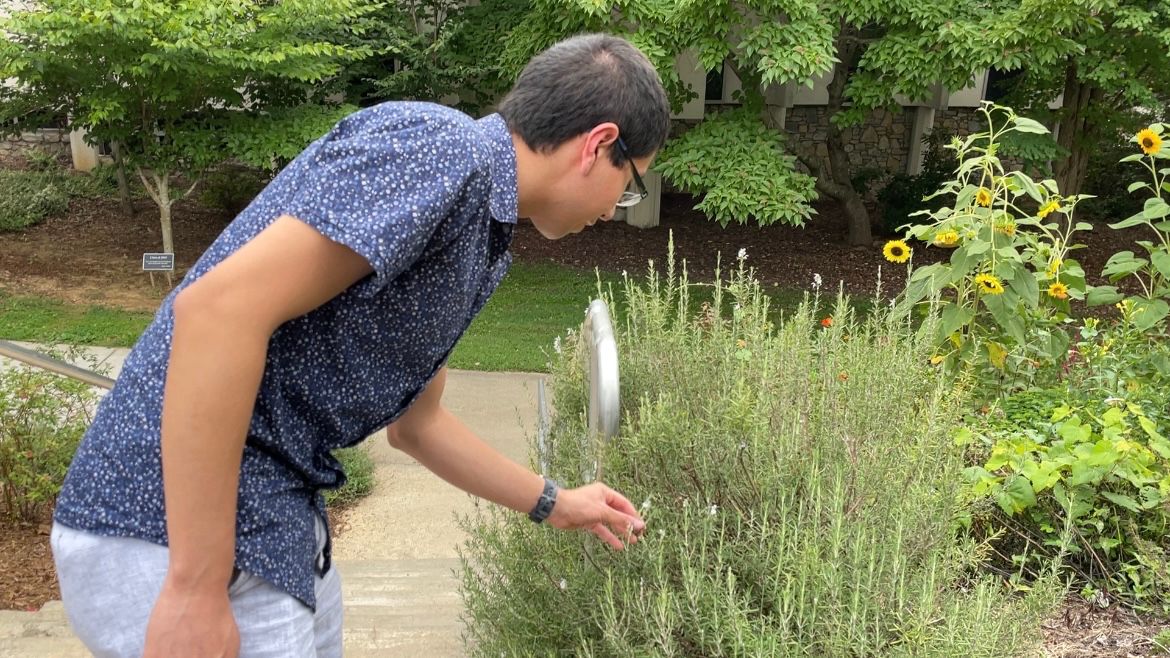 ASHEVILLE, N.C. — A recent survey from the Princeton Review ranks UNC Asheville at No. 6 on its "Green Matters: Everyone Cares About Conservation" list.

The survey results are based on students’ ratings of environmental awareness and conservation efforts at the school.

It all started with a walk by UNC Asheville staff member and former student Brenan Beresford.

“I refuse to leave,” Beresford laughed. “I’ve been a forager for many years.”

The Ancient Gardens and edible landscape on the Asheville campus have become an outlet for past and current students, as well as passersby.

“When I look out the window in class, I can be reminded that nature is right there when I need to go back to it,” Edward Lay said.

“Part of what made me fall in love with UNCA was that it was so edible,” Beresford said. “That I could pick a blueberry or a service berry or a chestnut and make myself from it, because whenever we pick from nature, we’re taking that into us and building our own bodies.”

Beresford attributes the growth and maintenance of the nature path to the groundskeeping staff, specifically, Landscape Designer Melissa Acker.

Albert Chow, a senior at the university, also recognizes the staff's efforts. Especially the hours they have to put in.

“Even on my early morning runs, I’ll see them start to come in at 5 or 6 in the morning just to be ready to do stuff like this,” Chow said.

Chow enjoys sharing the knowledge he’s learned from the garden with his family. Occasionally, he’ll even bring his mother a treat.

“My mom loves to tend to her garden, so why not have something she can enjoy … enjoy the fruits of her labor, so to speak,” Chow said.

He believes having opportunities like this contributed to the national attention UNC Asheville has received in The Princeton Review’s 2023 edition of the best 388 colleges.

Beresford said with efforts from the American Chestnut Foundation and the Southern Research Station, the school can have once again appreciate having chestnut trees on its campus following a recent setback.

“When all the trees died, there was a hole in the forest and a hole in Appalachian culture,” Beresford said. “It hit hard.”

As he looks up at the chestnut trees, Beresford expresses it isn’t just about preserving the plants themselves he values, it’s preserving a part of the area’s history.

“Without the chestnut, this place isn’t the same as it was,” Beresford said. “But having it back links us back to that legacy.”

He hopes those who walk through the gardens will take the time to crack a nut open along the way.