Over in the corner, Leigha Wanczowski is just settling in. She is new to North Carolina. She and her husband just bought a house nearby after spending years abroad in Germany.

“We’re settling here ...This is our permanent home,” said Wanczowski. “It’s been a great experience getting integrated here.”

Wanczowksi is just one of hundreds of thousands of people moving to North Carolina this year.

North Carolina’s population is constantly changing, with many people moving in and out of the state. How might that impact the state’s politics heading into an election year? There is no easy answer.

This story is part of a “Battleground 2020: North Carolina” series, which aims to set the stage for the 2020 presidential match-up in the Tar Heel state.

The state’s population is increasing each year, driven in large part by people moving in.

Annually, the state sees a net gain of roughly 85,000 new residents from migration, says Rebecca Tippett, the director of Carolina Demography at the Carolina Population Center at UNC Chapel Hill. 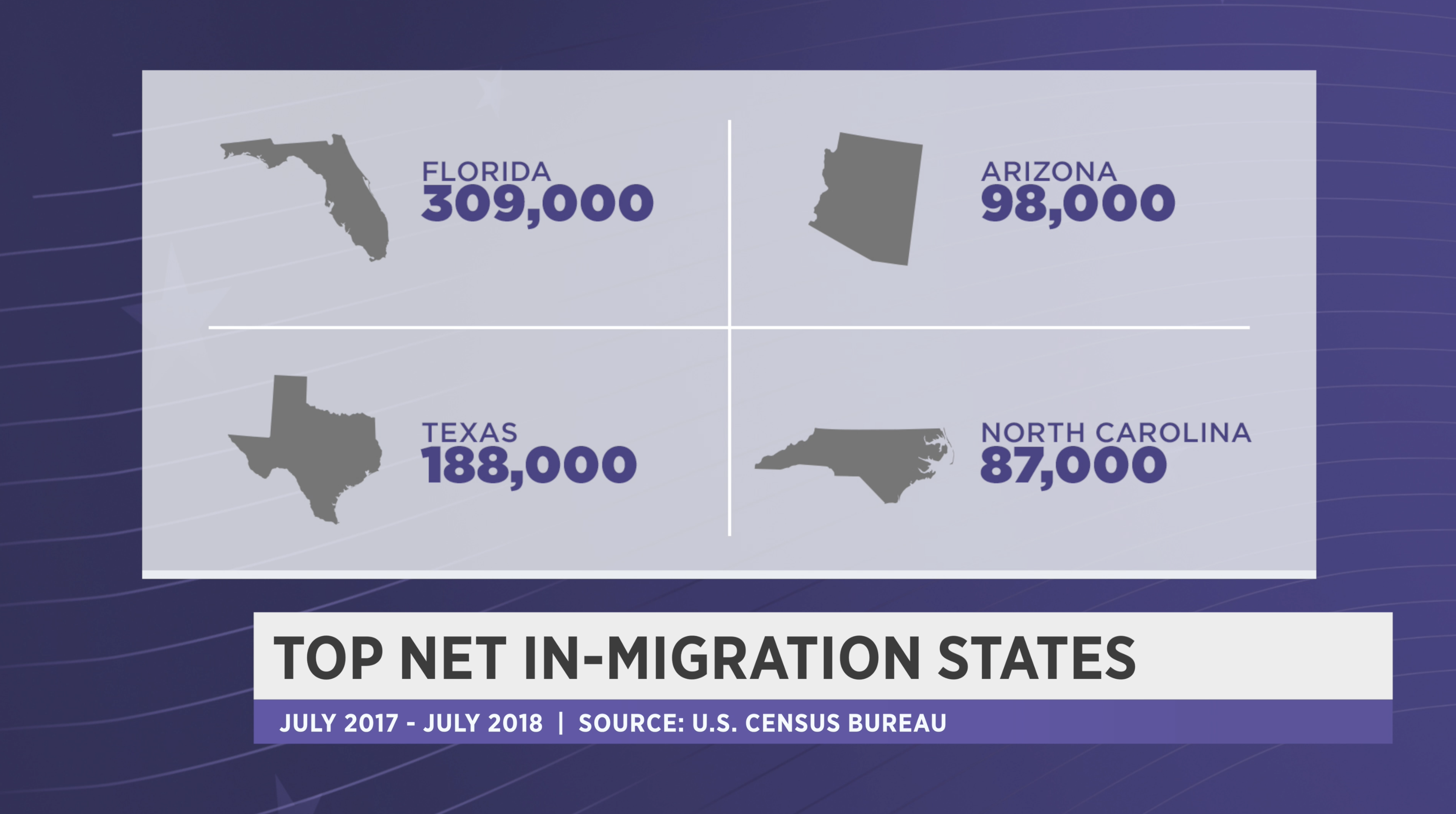 Where are these new residents in North Carolina coming from?

Tippett says the state usually gains from the northeast and the midwest. “Those places tend to send more people here than we tend to send there,” she said.

The Tar Heel State saw the most net in-migration from states like California, New Jersey, and New York, with a net gain of 10,000+ residents from each, according to 2017 U.S. Census Bureau data.

There is also a lot of “churn” along the Atlantic coast. “We have a lot of back and forth between our nearest neighbors,” Tippett said. “That’s what’s to be expected.”

Where are these people settling?

Tippett says many are relocating to major population centers, like Wake and Mecklenburg counties plus their suburbs. Brunswick County also ranks near the top, especially with retirees. 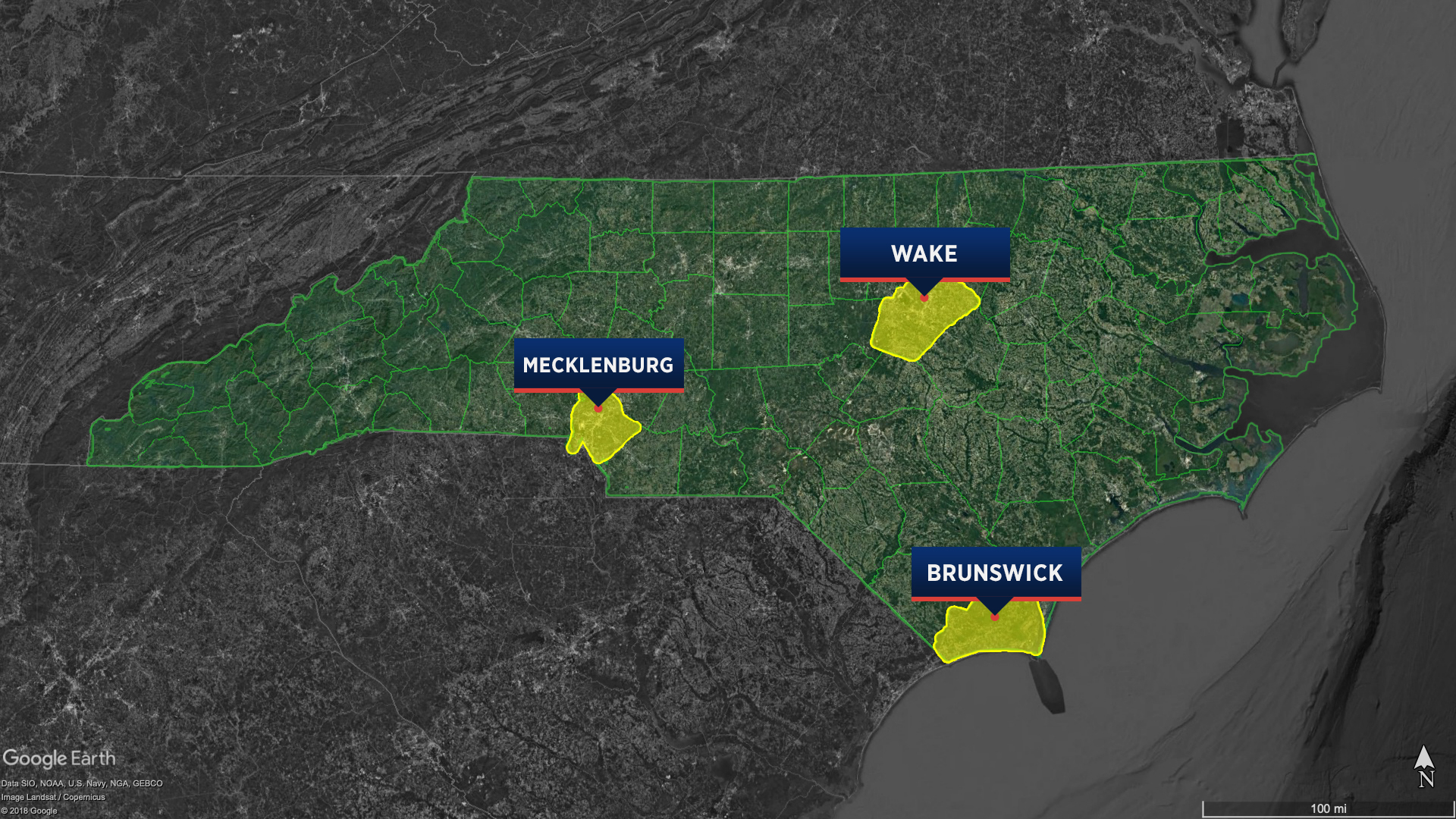 North Carolina has long been considered a purple state, but could new residents change that?

Karl Campbell, an associate professor of history at Appalachian State University, said the key to answering that question may rest with the political parties.

“North Carolina’s population is changing and that’s going to change politics, but what the parties do in responding to that is really going to be more determinative,” Campbell said.

Wanczowski, for her part, says she is not ready to weigh in on 2020 quite yet. After just recently moving back stateside, she and her husband are just getting to know the candidates.

Asked about the president, though, she expressed concern about "policies."

“There’s a lot of things that I care about that I don’t see happening. So I think that I’m definitely looking to see a different candidate,” she said.

One More Thing to Watch

Beyond migration, Tippett says another thing to watch is the state’s Latino population.

She says many children of first generation immigrants are starting to turn 18, which could impact electoral politics. That is, if they choose to head to the polls.

Tippett notes that Latino citizens tend to register to vote at a lower rate than their white and black counterparts.

“This will be the first time that we have a large pool of potential Latino voters in our electorate,” she said. “How the Latino electorate is going to vote in North Carolina and the rest of the south I think is an open question.”