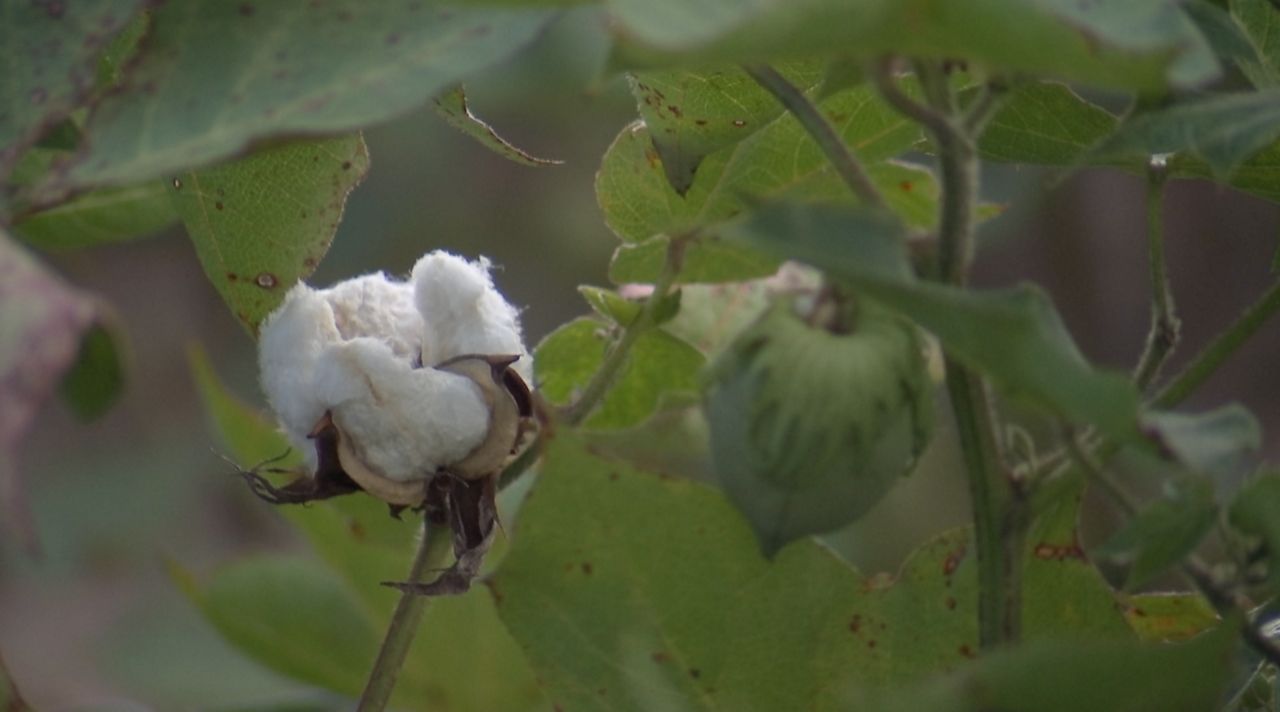 Agriculture is the heartbeat of the North Carolina economy. But for farmers, the ongoing fights on the global stage are causing a whole lot of heartburn.

Could the international trade dispute make farmers reconsider who they plan to vote for in 2020? Some farmers who spoke with Spectrum News said they are still backing the president. One said he may not.

This story is part of a series called Battleground 2020: North Carolina, which aims to set the stage in the Tar Heel State ahead of next year’s presidential match-up.

Impact of the Trade Fight

Bert Pitt comes from a long line of farmers. He is the 6th generation to work his plot of land in Edgecombe County.

“I feel a big responsibility to carry it on. There’s a lot on my shoulders,” he said.

Farming is a high-risk occupation. Crops can easily fall victim to the weather and other factors. The ongoing international trade fight is only adding to that uncertainty, causing the price of crops like cotton to drop.

“We’re making a lot less money. It makes it harder to keep the farm sustainable, to pay bankers, to pay fertilizers,” Pitt said.

Across the state, this is a familiar story. Small family farms and larger operations alike are feeling the pinch, as tensions between the White House and China continue. Both sides have ratcheted up tariffs, putting crop prices in flux.

David Grant lives on his farm in Northampton County. He is approaching retirement age, and says he sustain himself through the trade dispute for now. However, he says if prices remain low for the next year or so, it may be time to call it quits.

“The difference between last year's crop and this year's crop just in price is right now sitting at about $150,000 less for cotton,” he said.

Even so, Grant and other farmers argue the president was right to take action. The status quo, they say, was not working.

“Somebody really needed to do something about China's abuse of our trading privileges. Most of us feel like we've been subsidizing their 9 and 10 and 12 percent growth for the last 15 years,” he said.

The financial strain comes as the 2020 presidential election ramps up.

Amid the trade fight, a recent survey by Farm Futures shows about two-thirds of farmers nationwide say they would back President Donald Trump if the election were held today.

Some farmers interviewed by Spectrum News say they remain supportive.

“He started a fight that he needs to finish. So I’ll support him with that,” said Jeff Tyson, a farmer in Nash County. He said he voted for Trump in 2016, and intends to do so again in 2020.

Tyson grows a variety of crops, including tobacco. The fight with China has essentially eliminated a key tobacco market.

Asked how optimistic he is that the international trade dispute will be resolved, Tyson paused before saying, “I don’t know.”

“I think a lot of that depends on what happens in Washington once an agreement is met,” he said. “I have concerns that we’ll go through a trade negotiation and finally put a package together, and then the power struggles in Congress will emerge and we’ll run into more difficult situations down the road.”

What if the trade fight continues for a few more years? Will that change the political equation when it comes to Trump?

Pitt says maybe for some, though so far he says he is standing with the president.

“It could change the way that farmers feel about the administration,” Pitt said.

Grant, meanwhile, says he may not vote for Trump again, citing the trade fight and the president’s demeanor. But, he says, he also has some concerns about the Democratic candidates and their policy proposes like Medicare for All (he worries about the price).

“Probably going to end up being another extremely hard decision to make,” he said.