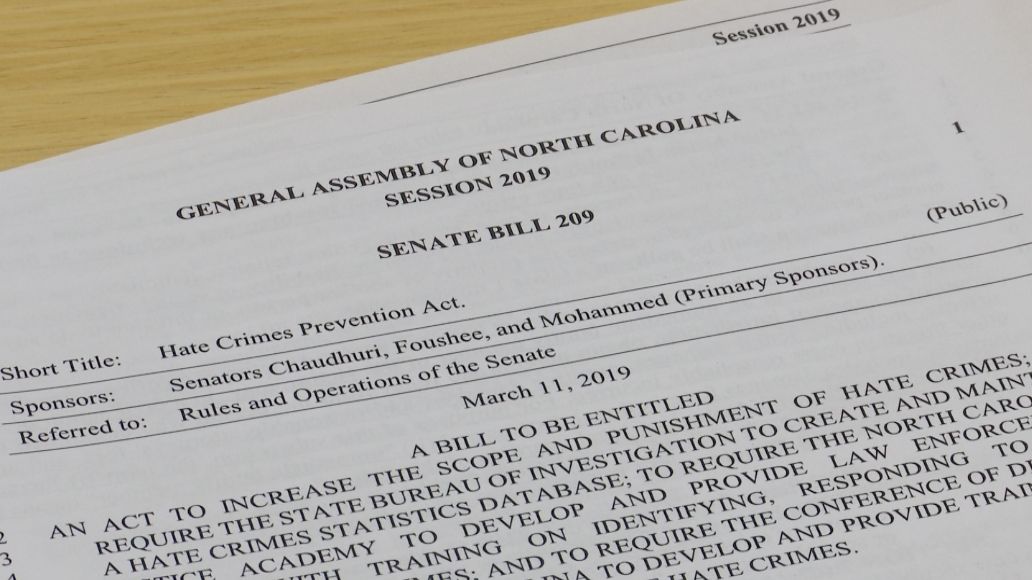 State law currently addresses crimes based on a victim's race, color, religion, nationality or country of origin, but such crimes are classified as misdemeanors punishable by up to 6 months in jail.

For the past two years, Sen. Jay Chaudhuri, D-Wake County, has filed legislation to create a felony hate crime statute. Under his proposal, assaulting someone based on their religion, ethnicity, sexual orientation or gender identity would be punishable by up to 5 years in prison. That sentence would rise to 14 years if the victim dies or is kidnapped or raped as part of the assault.

Chaudhuri said the measure would give prosecutors another tool to prosecute crimes.

“It sends a strong signal to marginalized communities that they are welcome and that they have an additional level of protection,” he said.

Craig Hicks pleaded guilty on Wednesday to the 2015 murder of Deah Barakat, his wife, Yusor Abu-Salha, and Yusor's sister Razan Abu-Salha. Evidence presented in court suggested Hicks was motivated by hatred for their Muslim faith. The family's lawyers said a lack of adequate hate crime laws might have contributed to initial statements by police indicating the murder stemmed from a parking dispute.

Chaudhuri's bill would also require the SBI to maintain a database of hate crimes. State and local law enforcement agencies would need to provide monthly reports on hate crimes in their jurisdiction. No such database currently exists.

According to the FBI, 166 hate crimes were reported in North Carolina in 2017, the most recent year for which data are available. That represented an increase of more than 11 percent over 2016, and slightly exceeded the total for 2015.

Chaudhuri's bill did not receive a hearing before the deadline for bills to pass at least one chamber. He said he plans to introduce it again next year.