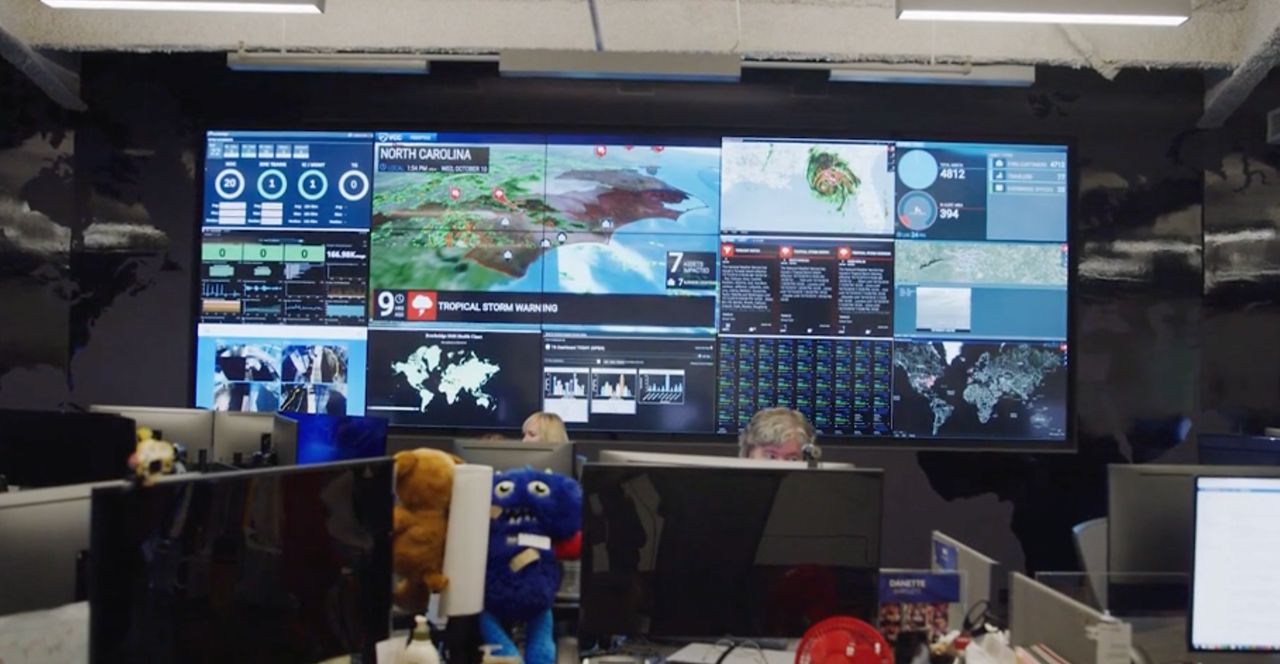 RALEIGH, N.C. — In times of crisis, getting important information to the public is crucial.

Since the killing of five people in the Raleigh mass shooting on Oct. 13, many want to know more about alert systems.

A product manager for a software company called Everbridge, Francis Willett, said their mission is to keep the public safe in a times of uncertainty and that there are measures that must be in place.

"We are one of the leaders in state, local government, public warning communications, doing this for a long time with our products,” Willett said.

Willett said Everbridge has 42 contracts with local and state governments across the state. The company also partners with at least 150 private businesses.

Raleigh doesn’t have an alert system, but Wake County does. It is called ReadyWake, and its software creators belong to Everbridge.

Everbridge has digital infrastructure to push out communications during active shootings, like the one in the Hedingham neighborhood in October.

Willett has experience dealing with large-scale crises, including the Boston Marathon bombing.

“I can tell you, when you're doing that type of notification of that scale, it isn't just as simple as a text message you're going through and everything's fine. There is massive downstream impact to doing those large-scale notifications,” he said.

Willett applies his 16 years working as a first responder to Everbridge.

“I'm a volunteer firefighter, emergency management director, retired. So I, you know, I have that experience of what it's like to be the finger that's shaking when you select (the option),” he said. “If you look at our website, you know, the tagline is keeping people safe and businesses running. So our notification and critical event management solutions are typically geared and deployed in two real big silos.”

The two main target audiences are civilian and corporate safety, and the company uses a cloud-based system.

“There's no hardware that's loaded locally. They log in with an internet connection from their phone or tablet or website, and that alert capability is the same between jurisdictions,” he said.

One example is the CharMeck alert system for the city of Charlotte and Mecklenburg County. He said their scaleable engine reaches millions of contacts in seconds.

The software enables a person to sign up for certain notifications — including severe weather, gas leaks and traffic issues.

“One of the challenges that people have is opting in to many of these systems,” he said.

However, if a user customizes alerts, checking a box for an active shooter doesn’t fall on the shoulders of a user.

“Those severe life-threat ones are sometimes overridden and automatically go to everyone, whether you want it to or not,” he said.

That can be pivotal when an attacker is opening fire in a neighborhood.

Raleigh leaders chose not to activate the ReadyWake system the night of that October mass shooting.

“The appreciation of the fact that these things don't think and do themselves, there are people making decisions on when it's appropriate to send,” Willett said.

It can be done at the click of a button — except no one did.

A Raleigh spokesperson said officials are investigating what happened and looking into possible solutions for the future.

Willett said the technological framework tries to reach as many people as possible.

He demonstrated what is possible via a Zoom interview, using Massachusetts as an example.

“When I go to launch a notification, if I'm going to do a specific target jurisdiction, you know, I have an interface that allows me to see the entire state,” he said.

It is also possible to pinpoint residential areas in a city or town level.

“I can just hit send and it would target those thousand people and they would get that message in a matter of seconds," he said.

Willett said the software pings locations while choosing who is getting the message.

“The only way you’re going to be able to get a message through sometimes is through a text,” he said. But it isn’t the only way. Traditional mediums of communication, like radio and TV, are used to get the attention of people in a given area.

He said the public never forgets when life-saving options are left on the table.

“The public doesn't tolerate mistakes when lives are on the line,” he said.