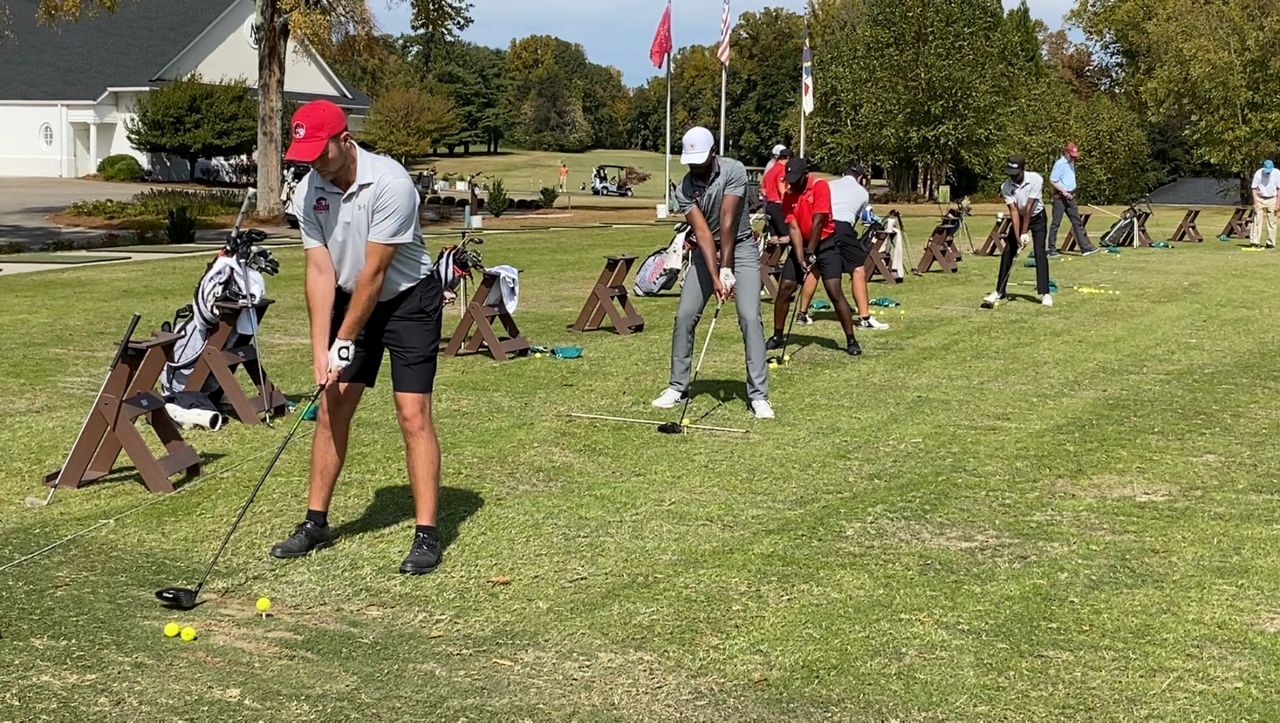 WINSTON-SALEM, N.C. — The SAS Championship created a new golf tournament for students of color in partnership with the PGA Tour, Octagon and the Black College Golf Coaches Association. The event took place in Cary this past weekend.

The inaugural SAS Championship HBCU Invitational featured 80 students from 12 Historically Black Colleges and Universities across the country. Winston-Salem State University was one of the HBCU’s that got the chance to participate.

Winston-Salem State University came in fifth, shooting 98 over par for a total of 938.

The tournament meant a lot to those involved.

“It means progress for us. Last year we really didn’t get to play in a big tournament or big invitational because the program was restarted. So, with us playing in the SAS HBCU Invitational, it gives us a chance to get a lot of exposure,” said Charles Penny, coach of the Winston-Salem State University golf team. “A lot of these freshmen and sophomores get to go and play on a course the greats are playing at the same time we’re playing. Just on a different course, but at the same country club, so it means exposure, it means progress, it also means success, because one step at a time we can say this is a success to celebrate.”

The HBCU invitational is the SAS Championship’s way of bringing diversity into the sport. Miles College came in first place, shooting 13 over par for a total of 853.