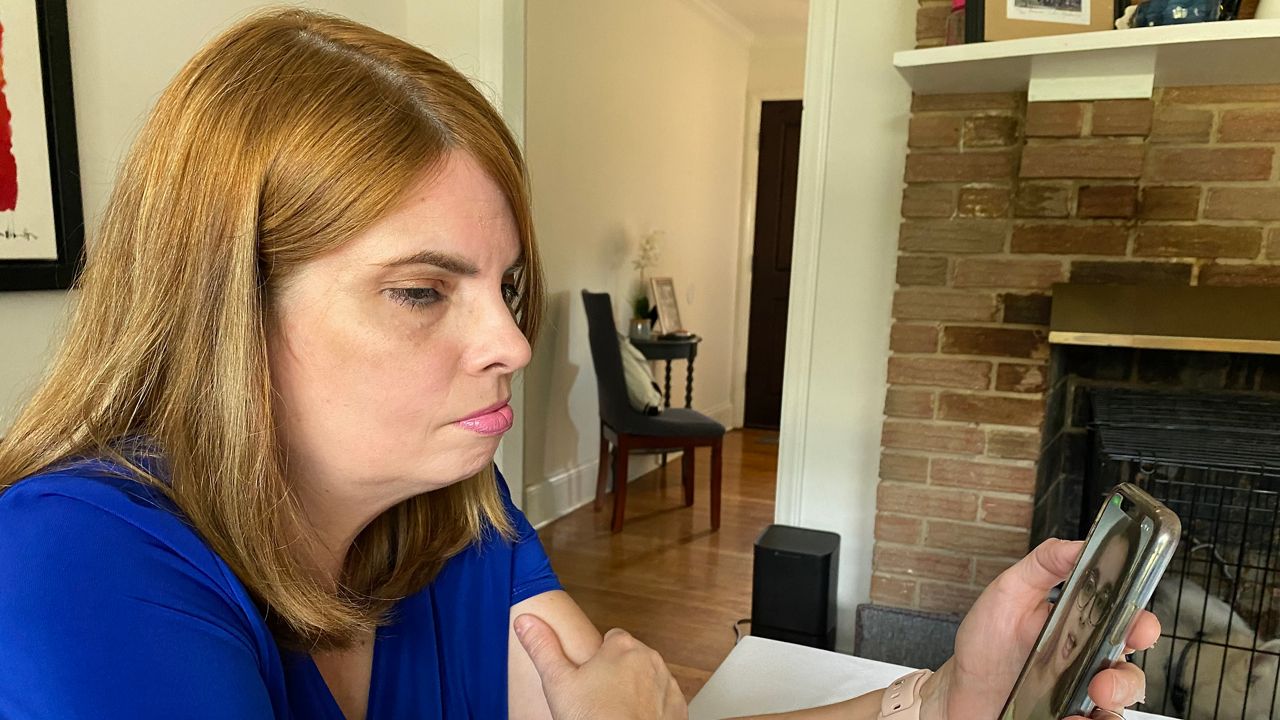 CHARLOTTE, N.C. — Hurricane Fiona reached Category 4 strength as it made its way to Bermuda Thursday.

Puerto Ricans living in North Carolina are keeping a close eye on the impact it left behind on the island.

Hurricane Fiona killed two people in Puerto Rico and three in other areas of the Caribbean. It also cut power and water service to millions in Puerto Rico.

Irlanda Ruiz, who was born and raised in Puerto Rico, moved to Charlotte four years ago.

She worries about the wellbeing of family and friends after watching online videos of the aftermath of Hurricane Fiona.

“I saw my family after Maria... months after Maria. They would say they were OK, but they weren’t OK. They got afraid with raining,” Irlanda Ruiz said.

“It’s like a never-ending story. What else is going to happen?” Irlanda Ruiz said.

She said at least this time around, communicating with relatives is possible.

Tuesday afternoon she called her cousin, Chelymar Torres Ruiz, who was in an eastern town in Puerto Rico.

Chelymar lived on the island during Hurricane Maria, and she was visiting family.

“It looks like Maria all over again,” Irlanda Ruiz told her cousin.

Chelymar Torres Ruiz replied, "There was more destruction with Maria because the winds were worse but with this one, there was a lot of rain so a lot of people lost their home because of the rivers.”

Her relative’s house is OK, but it lost power hours before Hurricane Fiona made landfall Sunday.

Tuesday afternoon, they were trying to power a generator but had trouble finding gas.

“There are a lot of places that don’t have gasoline so we are looking for gasoline,” Chelymar Torres Ruiz said.

Irlanda’s mother-in-law didn’t have running water Tuesday but Chelymar told her they did.

“We are helping here with the water, if anyone needs water, they come here,” Chelymar Torres Ruiz said.

As of Wednesday afternoon, Chelymar said power was still out where she was staying in Puerto Rico.

Chelymar was preparing to return to the continental U.S., where she currently lives, on Thursday.

Irlanda worries about the scarcity of food, people living without power for a while and mental health worsening.

She is looking for ways to help from afar and hopes recovery funds and efforts reach Puerto Rico soon.

Puerto Rico was already in recovery mode after Hurricane Maria.

Irlanda said home repairs a relative made to his house back then withstood Hurricane Fiona. However, there are many reports of structures that didn’t make it.