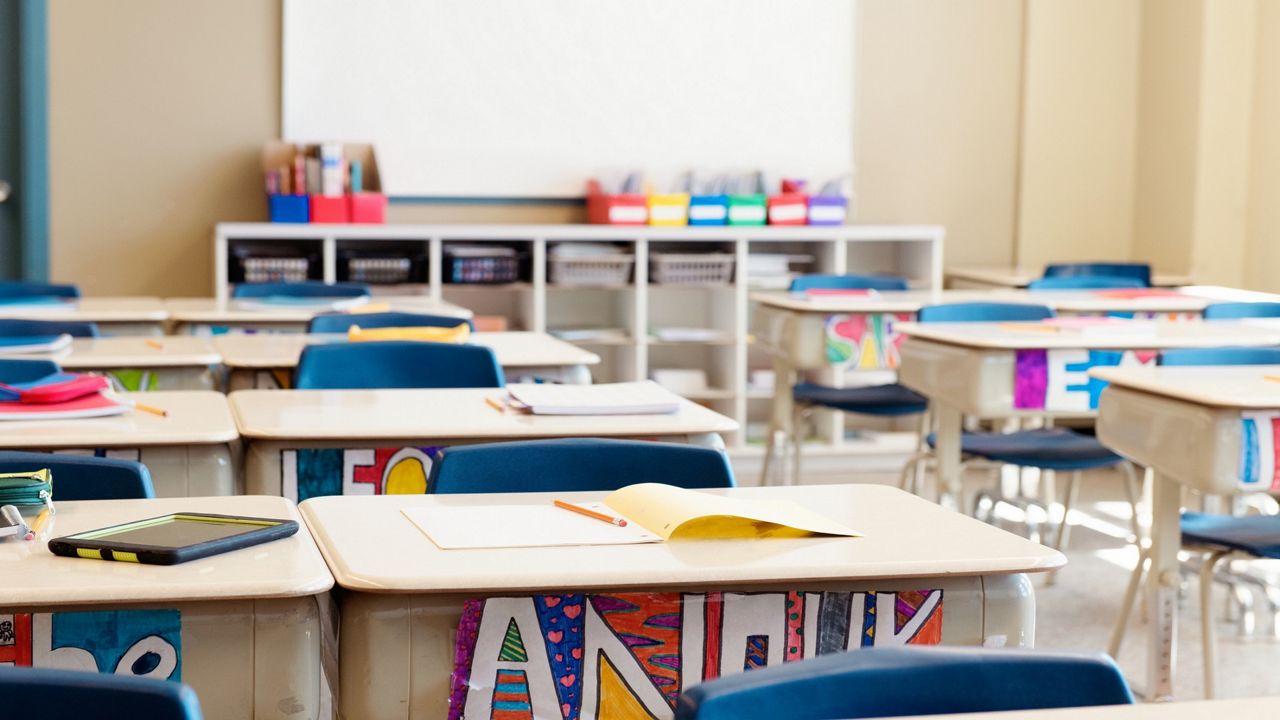 RALEIGH, N.C. – The first day of school starts in about a week for many kids, but some of the state’s largest school districts are reporting hundreds of unfilled teaching and staff positions.

Spears says low pay, lack of school funding and lack of respect are some of the main causes for school staff to be leaving the profession

“It is indirectly impacting what's happening as we open schools for this year, but low pay and a lack of respect has driven out and forced teachers out of our profession for years, over a decade now, due to a lack of funding of public schools,” Spears said.

Charlotte-Mecklenburg schools says, as of Aug. 9, it had 377 teacher vacancies, 43 bus driver openings and 55 EC (exceptional children) teacher openings. At a school board meeting, the district said more than 2,100 teachers left the CMS district last year.

The Durham Public Schools last reported having over 350 unfilled positions in early August.

This week, New Hanover schools told Spectrum News 1 it is doing well, with approximately 70 vacancies out of its roughly 3,800 staff members. Meaning, NHCS has filled over 98% of its available jobs. It has 13 “student-facing” teacher vacancies.

Spears says one of the biggest causes for teachers leaving the profession has been low wages.

“I think when folks are paid a living wage that adjusts with the cost of inflation, you know, the ability to live, it impacts whether or not folks choose to join the profession or stay in the profession,” Spears said. “So, I think wages and funding are sort of the bigger issue we want to point to that have sort of resulted in these vacancies that we see at the beginning of the school year.”

She says the best way to combat the loss of school staff members is to lobby the General Assembly for funding.

“I think the public, parents, families and community members can demonstrate respect for teachers by asking their representatives, their legislators to fully fund our schools, to fully fund Leandro, so we can improve our working conditions and make teaching a more attractive profession to recruit folks to the profession, but also to retain our current educators in the profession," Spears said.