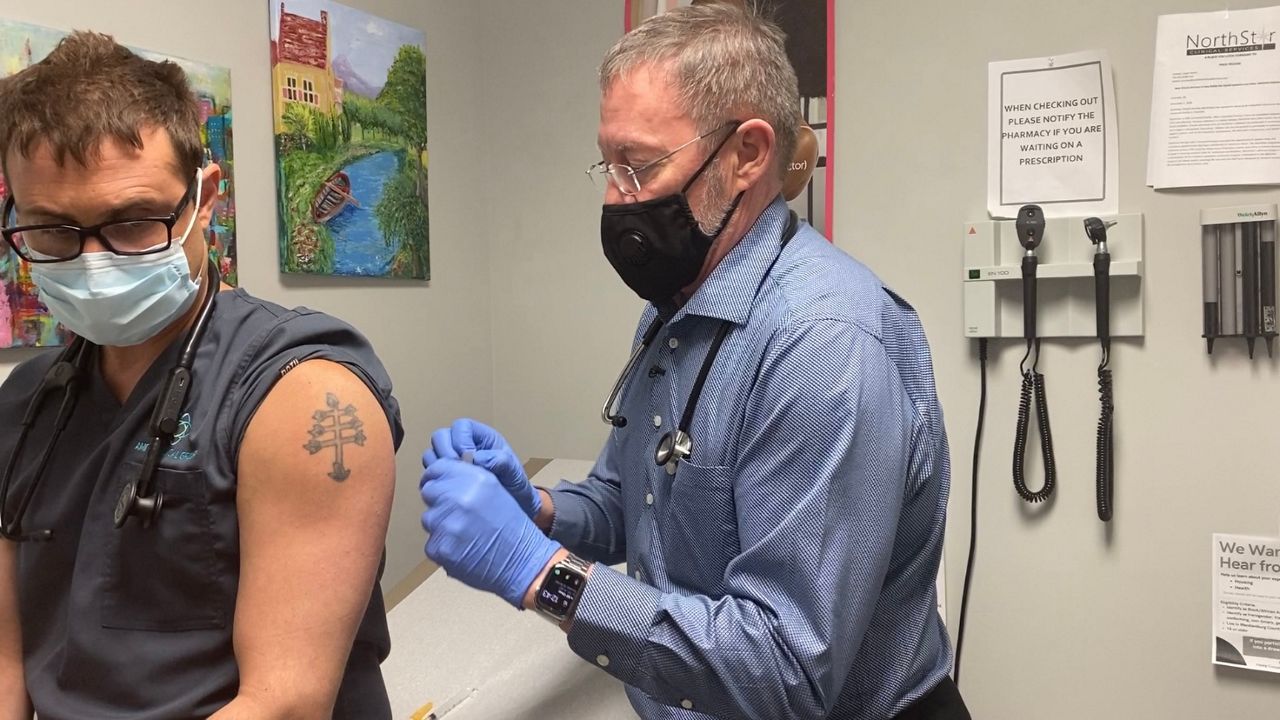 “Even when family was afraid because I was focusing on HIV/AIDS in the mid-80s, he absolutely stood by me,” he said. “Even though he was scared! We didn’t know a lot in the mid-80s.”

The physician assistant is also the HIV medical director of Amity Medical Group.

Even though there was little knowledge of the virus at the time, the origins of HIV trace back to before the 1980s outbreak. According to the National Library of Medicine, the first HIV case appeared as early as 1930.

Thompson, as a gay man who treated people during the height of the AIDS crisis, said today’s global outbreak of monkeypox reminds him of when the gay community was stigmatized and discriminated against.

“The same thing has happened with monkeypox. It’s been around since 1958,” he said. “And in Africa where it originated, mainly West Africa, it is a heterosexual infection or condition there.”

And like the '80s HIV/AIDS outbreak, which overwhelmingly affected gay and bisexual men, the Centers for Disease Control and Prevention says this monkeypox outbreak is found mostly in men who have sex with other men.

“We have been able to isolate several rave parties that happened in Spain, Belgium and England where the virus, or monkeypox, started showing up, and then it has now jumped over to America,” Thompson said.

The latest data from the North Carolina Department of Health and Human Services shows 122 cases statewide. More than 60 of the state’s cases are in Mecklenburg County.

Thompson said he does about 10 monkeypox tests per day, but because of the stigma around the virus, many people are hesitant to get tested, let alone vaccinated.

He said it’s up to health care professionals to educate people about the disease without isolating those most likely affected by it.

“Our messaging around this should be that while it started in that population, it is certainly going to move into the general population,” he said. “And we need to get a jumpstart on this and try to stop it before it becomes our next mini-epidemic.”

Health experts say monkeypox can infect anyone, since the virus is spread by skin-to-skin or intimate contact, like sexual intercourse. But it doesn’t necessarily have to be sexual contact – transfer can include kissing or cuddling for long periods of time.

Thompson said that contact is not so much from high-fives or bumping into someone.

“This is not something you should be worried about to go to the grocery store or shopping, even with our upcoming Pride celebration, to walk through the crowd,” he said.

Later this week, the state’s health department will launch a campaign on how to get vaccinated for monkeypox. Officials said the ads will run on social media, dating apps and other platforms LGBTQIA+ men are likely to visit.

Vaccines are available at Mecklenburg County Public Health Departments. The county received an additional 2,000 doses of the monkeypox vaccine. With each vaccine requiring two doses, that's enough to administer them to 1,000 people. Appointments are needed in order to get one.