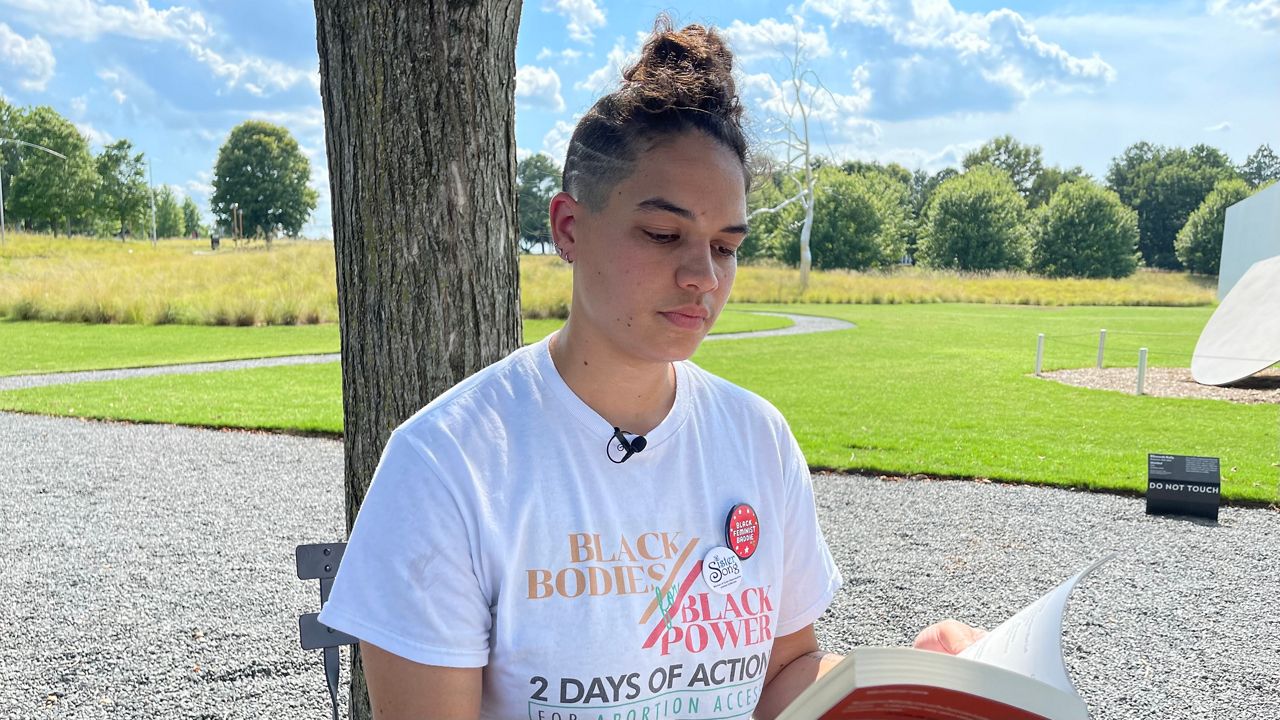 Maya Hart is on the frontlines of the fight for reproductive rights. She is the North Carolina coordinator at SisterSong, a grassroots organization working in the South to advance what it calls “reproductive justice” for Black women and people of color. That includes abortion access.

“It saves lives. People need it,” Hart said. “Everyone knows someone who has had an abortion. Truly everyone will feel the negative impacts of Roe being overturned.”

Black women will be particularly affected — the federal Centers for Disease Control and Prevention says Black women are nearly four times more likely to have abortions as white women.

“We need to consider who abortion bans are really attacking. And the answer is: primarily Black women, people of color, queer and trans people, people living in rural communities, low-income folks and undocumented folks,” Hart said.

The 28-year-old is a mom to a two-year-old son, Hart says abortion bans trap Black women in a cycle of poverty.

“If we were pro-life, we would be pro-universal health care, public education, all of these issues that actually impact children and people’s decision to raise families,” she said. “I think it’s much more about exerting control over women, and primarily Black women, who since slavery, since the initial colonization of this country, were the first to experience violence at the state of those in power. And right now that looks like white wealthy men controlling the reproductive lives of primarily Black women.”

Planned Parenthood South Atlantic says 33% of patients at their North Carolina clinics are from other states. They’re expecting to see 10,000 out-of-state patients over the next year.

“People are afraid. I’ve heard of people traveling from Texas overnight just to get to North Carolina,” Hart said. “We really need to be prepared for this influx of patients from across the South.”

Hart is also a doula. She says she took the legal right to have an abortion for granted.

“We have to be prepared for this to be a really long fight,” Hart said. “I think this is going to be years and decades, continued down the road. But SisterSong, and our partners, and community members all across the state are so committed to ensuring that no matter what, people can continue to access abortion.”

In the coming weeks, Hart plans to door-knock in Durham to get community members involved in the abortion rights movement.

SisterSong, which does not fund abortions, wants to get more people out to the midterm elections in November and to get abortion rights supporters to donate to organizations such as the Carolina Abortion Fund.