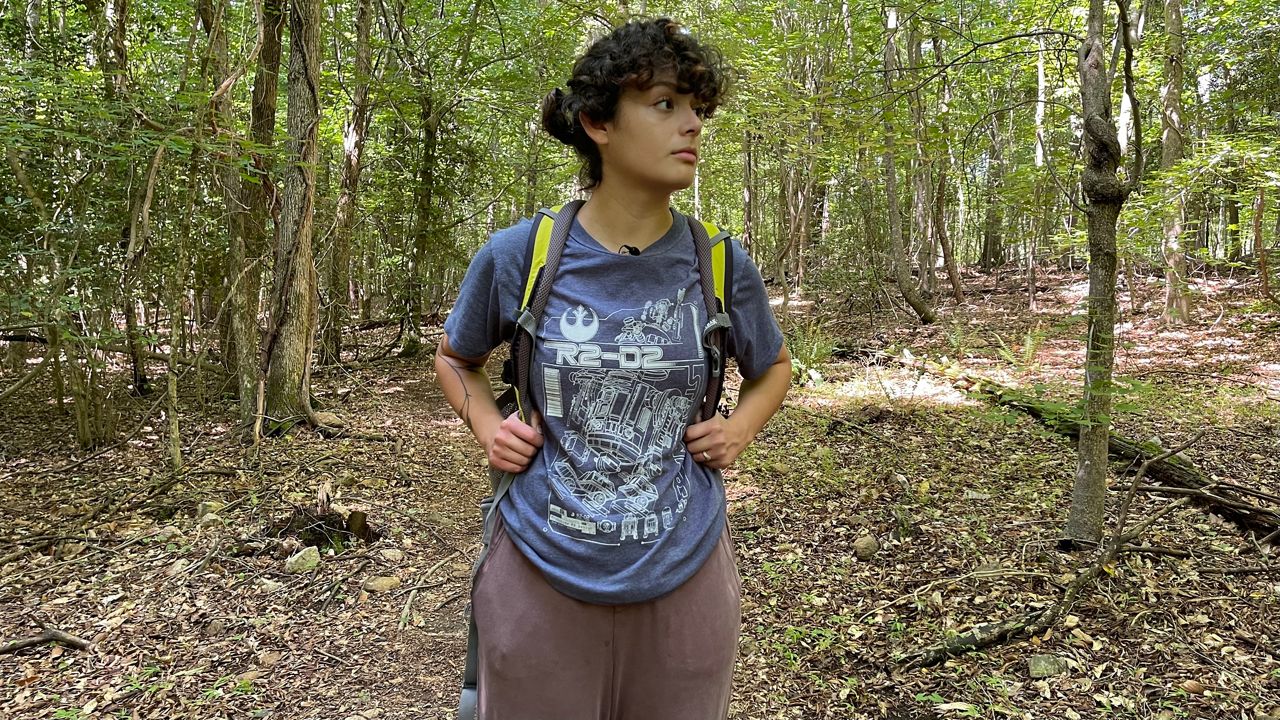 On Thursday, President Joe Biden indicated he would support suspending the Senate filibuster rule to pass a law that would establish abortion as a right nationwide, which is something progressive Democrats have been pushing for.

Wake Forest resident Gabriella Kluch, a university student majoring in political science, just started a new job. Once they get their first paycheck, they’re going to donate some of their income to the Carolina Abortion Fund, a community-led organization that’s helping poor people and people of color get access to reproductive care like abortions in North and South Carolina.

We are providing abortion care in South Carolina in full compliance with the law that bans abortion around 6 weeks of pregnancy in effect. https://t.co/zzj5TWKP3h

“It is really hard to figure out how to cope with this whole situation,” said Kluch, while lacing up their boots for a hike. “I like coming out here just to get a breath of fresh air, even if it is super warm. Because I just think it helps remind people of the little things to enjoy about life, just to stay grounded and stay appreciative, that you still have a body that can continue fighting the good fight.”

The 21-year-old says the fight for reproductive rights is an uphill battle.

“Everyone should have access to abortion. It needs to be their own choice,” Kluch said. “I think that’s the most important thing. You don’t have to agree with abortion, you don’t have to like it. At the end of the day, abortion is a hard choice for anyone to make, but people make it because it’s necessary.”

They and their male partner are protecting from unwanted pregnancy in a way we may see more of.

“It is in our personal best interest to not want to have kids, and if that includes getting a vasectomy because of Roe v. Wade being overturned,” Kluch said. “And reducing the possibility of us needing to get one, should North Carolina decide that they want to actually enact anti-abortion laws, then we will be prepared. So that decision was made, and it was in part of solidarity with how this will impact people who can get pregnant, and it was also part of our own personal relationship which revolved around us not wanting to have children.”

Their uphill battle is against more than anti-abortion forces with deep roots in our community. The other forces are abortion rights supporters who feel resigned to having those rights restricted.

“I am Latina, so my mother is Latina, and my grandmother is Latina,” Kluch said. “I think there is a lot of generational differences on how people will cope with horrifying news like this, because there’s only so much energy that people can spare on something that’s out of their control. Our generation, Gen Z, and I think younger millennials, feel emboldened and empowered and energized to be able to mobilize on the streets.”

Kluch believes that Democratic politicians are exploiting the abortion issue to get more funding ahead of the midterm elections and that they haven’t followed through with meaningful action such as codifying Roe v. Wade.