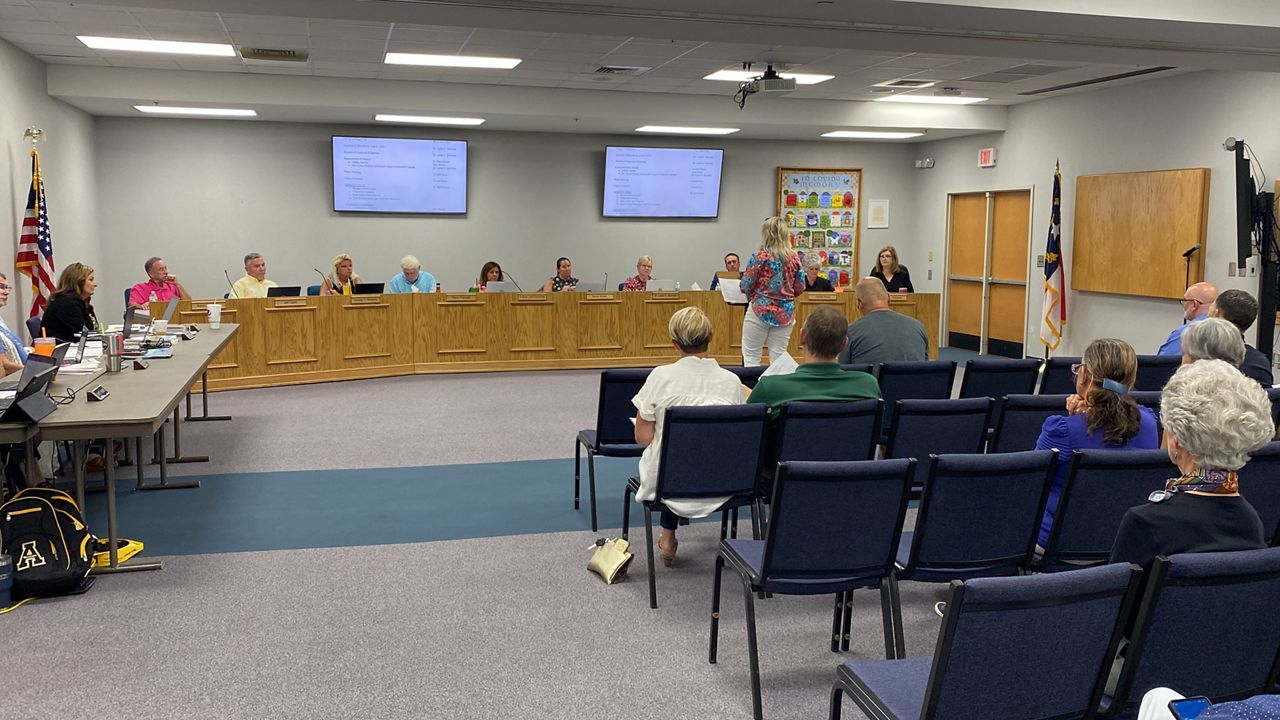 Catawba County parent asks for 25 library books to be removed

"I actually started because of the masks in August. There was a group of other moms that I had met at the first school board meeting in August of last year and actually we co-founded with another group of moms, 'The Momma Bears of Catawba County,'” Teague said.

Catawba County grandmother Michelle Teague is challenging 25 books, asking the Catawba County school board to remove them from all school libraries

Teague's opinion is these book do not belong in school libraries

A committee made up of teachers, students and media coordinators has reviewed eight of the books, four of which have been removed from middle schools but are still available at the high school libraries

Teague says after becoming involved in her granddaughter's school board meetings she started researching the content of the books students were allowed to check out at the district libraries.

“There was one book, 'This Day in June' that I wanted to challenge, and then I started going through, and I found more books, some of these books were in the high school, middle school, and they were sexually explicit books. They also had things like incest. In one of the books the father had impregnated the daughter, things like that. There was also some racism, there was different things like Hispanic kids and the different cultures and how they were abused and assaulted and just different things that were graphic in some of these books,” Teague said.

The school board created a committee made up of students, teachers and media coordinators to review the books.

So far they have reviewed eight books, and four of them have been removed from middle school libraries but are still available in the high school. If a student from the middle school wants to check those four out, they must have a parent's permission.

Carl Beardsworth, who also attends and speaks out at school board meetings, disagrees with any books being banned.

Beardsworth lived on the Navajo reservation in Arizona and attended high school with Navajo students.

"One of the things that really got me involved in the heart of the matter, is that I’ve seen firsthand what happens when those ideas are taken too far. When you have a group of people that are trying to make decisions for another group of people based on their definition of morality," Beardsworth said.

He says he saw the negative effects assimilation had on the Navajo students, when the U.S. government forced them to adopt white American culture, banning them from speaking their native language, cutting their hair and other mandates.

“This is the beginning of somebody else saying, 'This is not right for you,'" Beardsworth said.

The committee will continue to review the list of challenged books in the fall.