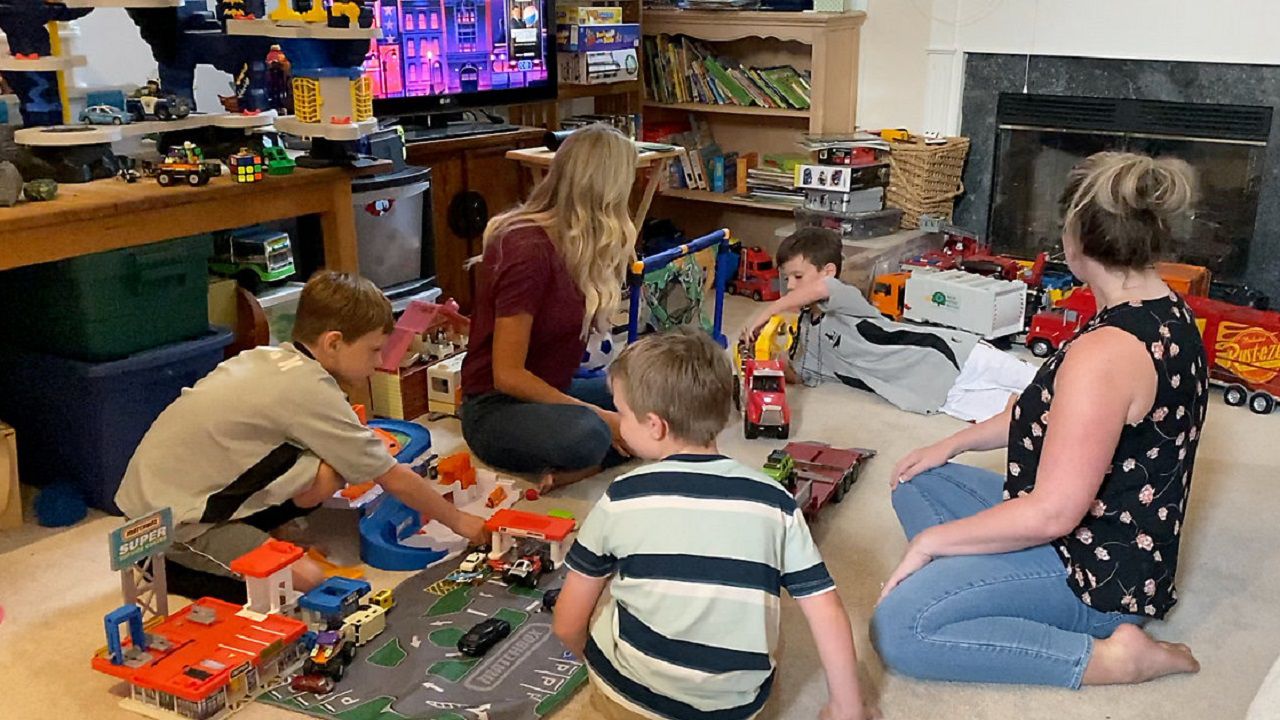 Wake County mom advocates for SROs in all elementary schools

WAKE COUNTY, N.C. — Kimberly Pope's twin boys are her entire world, and she'd do anything to keep them safe, especially as countless tragedies unfold nationwide.

School security is a top priority for many students, families and educators

Not all Wake County elementary schools have school resource officers

"I just worry that they're going to find out kind of what's not right with the world around them, you know. You'd want them to be as innocent as possible," Pope said.

Pope says that's exactly what this summer is about, being fun and stress-free. All the while knowing school is just around the corner and with it conversations Pope never expected to have with her 6-year-olds.

"I originally would ask like, 'Hey, I'm just curious, do you guys do any drills at school,' and they'll say, well, that means bad guys are there. I'm like OK 'cause that's really important. It's like hide and seek, you've got to be really quiet," she said.

Although for Pope, the drills aren't nearly enough. Lately, she's been speaking at local school board meetings advocating for school resource officers at every elementary school.

"It makes me feel like they're sitting ducks. I mean, I hate to say that, but yes they can tell us they're going to be people responding super quickly, but I don't want them to respond. I want them to be there," Pope said.

Pope also wants locks on classroom doors that are impossible to breach and says there's a North Carolina-based company called Rhinoware that can do just that.

"You have to break the surrounding structure to get in the door. And active shooters aren't going to spend that much effort or time," she said.

Of course, to live in a world without fear would be ideal. Until then, Pope is continuing to speak up and wants to encourage other families to do the same.

"We shouldn't just sit back and assume this won't happen to us. Uvalde is something that should be a wake-up call. This is happening too often, and we need to all be proactive," she said.

Currently, the Wake County Public School System has 76 SROs. They are assigned to all middle and high schools, but when it comes to elementary schools, SROs are only assigned to schools in Apex and Holly Springs. Wake County school board members have approved contracts to keep school resource officers for the upcoming school year.

Spectrum News 1 reached out to the WCPSS to ask if all classroom doors have locks, however, it won't share that information for security reasons.