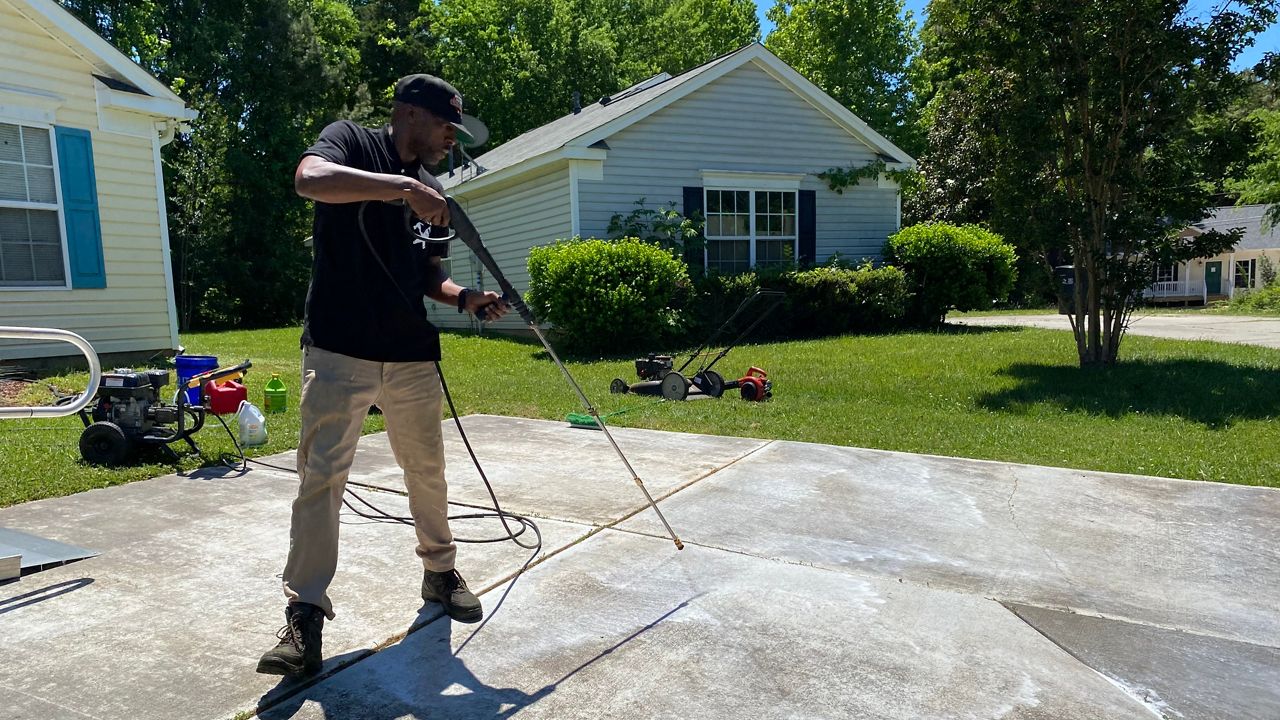 CHARLOTTE, N.C. — High gas prices are impacting the way a Charlotte business owner does his job.

According to AAA, gas prices in the majority of the states in the U.S. are over $4

His truck and most of his equipment use gas.

“All the traveling. I’m moving back and forth across town and for my equipment,” Wilder said.

He started running his business in Charlotte last year. He said things were working out fine until gas prices started reaching record highs earlier this year.

On May 16, the national average price for regular unleaded gas was $4.48, according to AAA.

According to AAA, Georgia, Kansas and Oklahoma are the only states that haven’t hit a $4 per gallon mark.

According to the U.S. Chamber of Commerce, the war in Ukraine, supply chain impacts from Russian sanctions, supply and demand are contributing to the increase in prices.

As prices continue to soar, Wilder is making changes to his business to save gas.

He doesn’t drive around dropping business cards in different neighborhoods anymore and schedules jobs in the same area on the same day.

“I try to make sure everything I do is one stop together because the traveling costs too much now,” Wilder said.

He said the price hike also forced him to pass on the cost to customers.

“My regular yards, I still had to go up $10 on some people. Some of the small yards maybe $5,” Wilder said.

He said he also had to pick up another full-time job earlier this month to support himself and his family.

“I have growth goals for this year. With prices of things going up, I haven’t been able to grow as fast as I wanted to,” Wilder said.

He admits to being quite busy, but he said it’s the only way he knows to keep his business thriving.

He hopes gas prices come down or the government provides assistance to small business owners like him.

According to AAA, some ways to save on fuel include: slowing down and driving the speed limit, minimizing use of air conditioner and running multiple errands on one trip, preferably outside high traffic times.