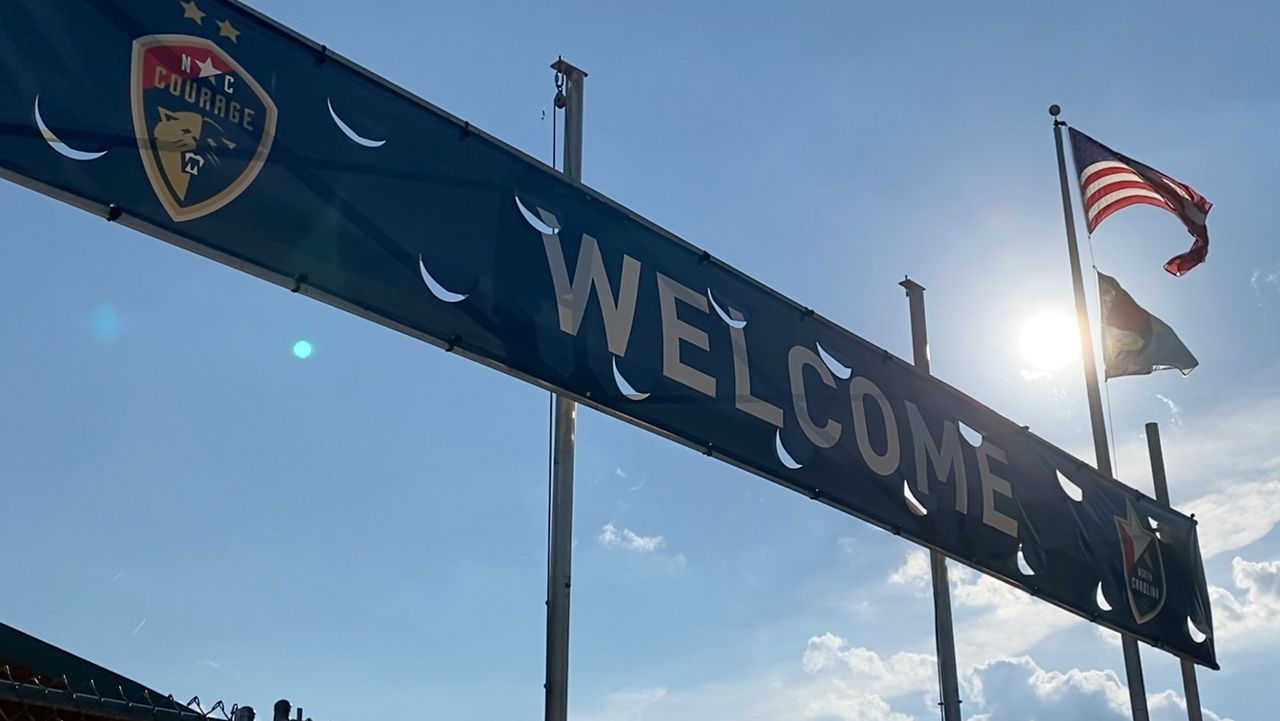 CARY, N.C. — Coming off a big-time win against the Washington Spirit in the 2022 Challenge Cup Tournament, two-time National Women's Soccer League Champions, the North Carolina Courage, are gearing up for the regular season.

Boasting some of the best players from around the world, one of the stars of the team grew up just around the corner. Durham native Brianna Pinto just walked early at UNC's graduation with her fellow classmates last Sunday, and now she's strapping on her cleats to gear up for regular season play with the Courage.

The midfielder was traded to the Courage from Gotham FC and is thrilled to be back home, playing alongside other big names in the sport, like Casey Murphy, Denise O’Sullivan and Diana Ordóñez. Pinto say it’s those who came before her that inspire her today, and she hopes to inspire other young girls and boys who come to watch her play.

It hasn’t been an easy road the last few years for the team, marked by accusations against the former head coach and his ultimate firing. But the team is pushing forward with some new players and a new coach, one Pinto is familiar with from youth sports in the area. Now, she says their focus is on the game, and important other topics like equal pay for equal play.

The North Carolina Courage will begin their regular season campaign next week: