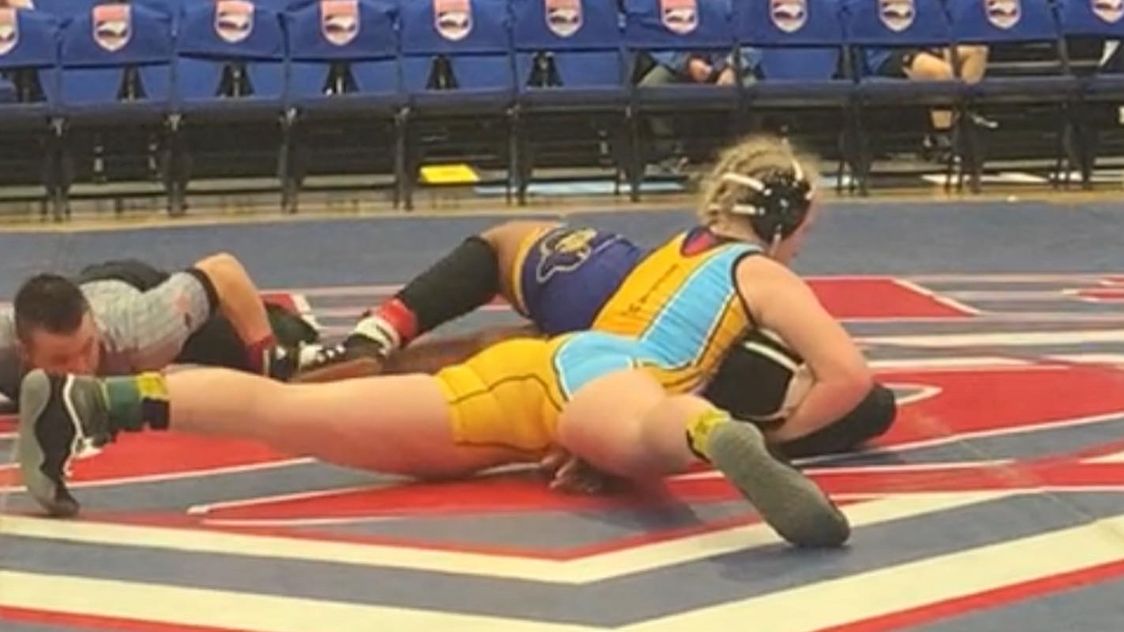 She wrestled boys all her life, but girls will soon have their own sport

CLEVELAND COUNTY, N.C. — Women’s wrestling will officially be a sanctioned high school sport in North Carolina for the 2023-2024 athletic season.

Ella Beam has been wrestling for the last six years. She loves the sport because it’s both physical and technical. It also involves knowing the right moves to take down an opponent, and strength to defend from an attack. The goal is to pin the opponent on his or her back.

“In wrestling, it’s not just strength and speed, you have to make sure you have everything timed perfectly,” Beam said.

Beam is a senior at Burns High School in Cleveland County and has won several medals. But she says it’s tough wrestling against males. She often feels like an outsider.

“A lot of times in middle school people wouldn’t want to wrestle me because I was a girl, and they didn’t want to get beat by a girl,” Beam said.

Soon female athletes won’t have to deal with situations like that. The North Carolina High School Athletic Association is officially recognizing girls wrestling as a sport starting in 2023. It means the female athletes will have their own season and team.

“When you are going in and wrestling people around your own body fat percentage it really levels the playing field,” Beam said.

Body fat is currently a big disadvantage for her. Athletes weigh in before each match to determine what weight class they will compete in. Wrestlers strive for a high muscle mass and low body fat. According to the American Council on Exercise, females need at least 10 to 13% body fat to be considered healthy, whereas males only need 2 to 6%.

“It can get dangerous for our bodies and can mess up hormone functions,” Beam said.

Beam says this decision not only levels the playing field, but it shows wrestling is a female sport. She hopes the inclusion will encourage other teenage girls to try it out.

“It gives more confidence to somebody who has never wrestled before to come out and say this isn’t just a men's sport, it’s a women’s sport as well,” Beam said.

Beam graduates high school this spring and will join the female wrestling team at Presbyterian College in South Carolina.