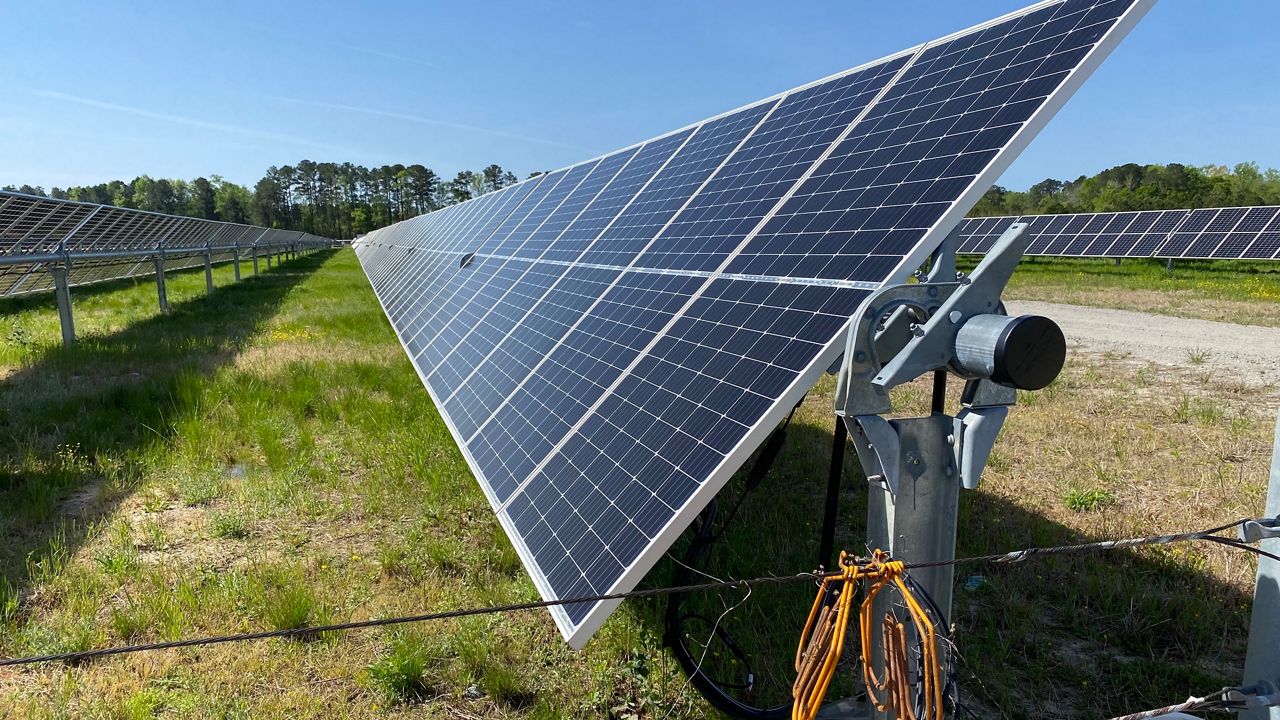 Report shows North Carolina is a solar power leader in the U.S.

EDGECOMBE COUNTY, N.C. — North Carolina is the fifth highest state in the country for solar power production, according to Climate Central's report on 2021 production.

There are about 670 solar facilities in North Carolina, according to Advanced Energy

North Carolina was in the top five in the U.S. for solar production in 2021

Solar power does not create emissions or carbon, like plants that burn coal or natural gas

California, Texas, Florida and Arizona top North Carolina on that list. The peak county in this state was Edgecombe County.

BayWa r.e. is a renewable energy developer that owns one of the solar plants in Edgecombe County, called Fern Solar. The plant is 960 acres with enough power for about 12,000 households.

Matthew Derham, Senior Director of Project Management at BayWa r.e. says land available, and the ability of the utility grid to handle the amount of power going in, are factors to consider when developing a solar farm. He says it also takes partnership.

"That all comes together when the local government is able to work with companies and developers like ours and also work with utilities," Derham said. "That's something — a model that needs to be mimicked across the entire United States — so we can continue to deploy as much of this renewable energy, not just solar, but also wind and battery powered across the United States."

Fern Solar is one of about 670 solar facilities in the state, according to Advanced Energy.