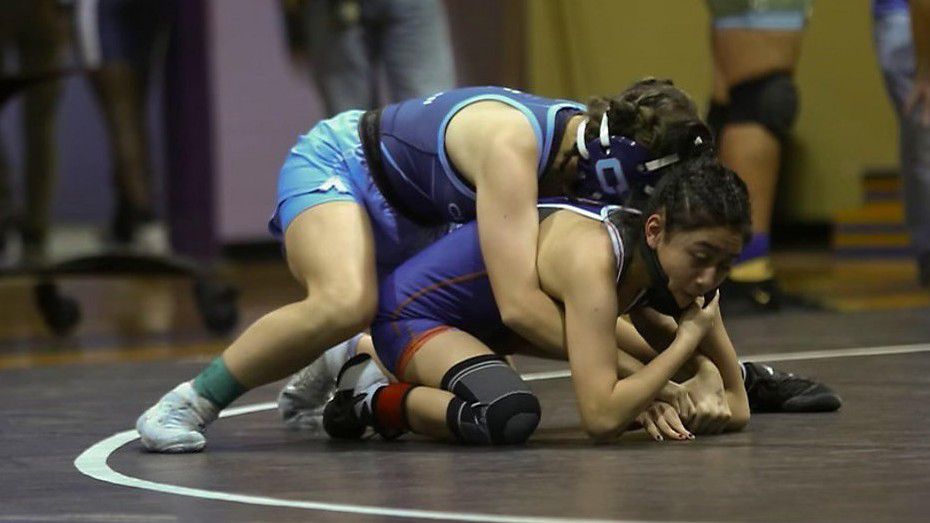 CLAYTON, N.C. — High school girls in North Carolina will soon have a newly sanctioned sport to grapple with.

It means girls get to have their own season, their own team.

Addison Vindigni, 15, is a freshman at Cleveland High School in Johnston County. She says she started wrestling about six months ago.

“In here, I can prove that I’m not just some weak girl at my school. Now, I’m a wrestler and I like that feeling," Vindigni said.

Vindigni's mom, Alysia Vindigni, can already see the difference the sport has made in her daughter’s life.

“Wrestling has changed her life," Alysia Vindigni said. "I know that sounds crazy, but she’s so much more outgoing, and she’s always speaking to new people. She’s gotten really healthy, which is great!”

Addison Vindigni says having girls wrestling sanctioned is a validation of the sport.

“A lot of girls didn’t think it would be fair for girls to wrestle guys, so it means a lot that we can wrestle girls now and have our own state championship and not just an invitational," Addison Vindigni said.

Recruitment of other girls won’t be a problem, according to Addison Vindigni, and will only push the popularity of the sport forward.

“If you ever think of wrestling, you only think, 'hey, that’s a boys sport,' but not anymore. It’s a girls sport now," said Addison Vindigni.