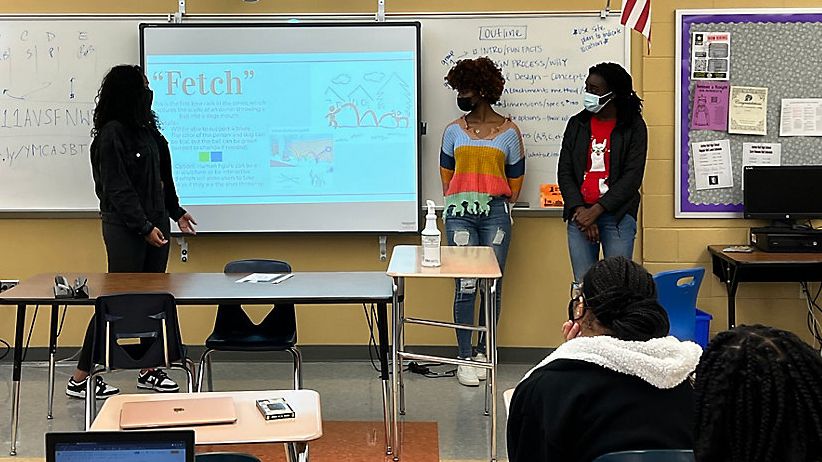 CHARLOTTE, N.C. — For the past several months, 11th-grader Dana Madison and her classmates have been working on a unique project.

“We met every other week, twice a week and not everyone was here all the time, so we kind of had to work at a fast pace,” she said.

Madison and her classmates are part of a club at Ardrey Kell High School called IgKnight, a group that works to provide leadership and career development skills for women of color.

IgKnight was launched by Charlotte nonprofit She Built this City.

For their first project, they had the group create bike racks.

“I was actually really surprised when we got presented this project because I don’t know anything about bikes,” Madison said.

She Built this City helped Madison and her classmates design and present six bike racks for the Humane Society of Charlotte's new location.

Their designs then went to artisan Sam Sykes, who will spend the next few weeks welding everything together.

“It’s really cool,” he said. “It’s a really good opportunity that students were pumped about it, too.”

Madison says at first she was interested in going into the medical field after high school.

But now she says she’s considering a career in engineering, thanks to this program and the work they’ve accomplished.

“We did all of this in such a short time period and the fact that we all worked together … some days we weren’t all here, but we were able to quickly adapt to the ideas we made together, so I’m really proud of all of us,” she said.

She Built This City says it's expecting to have the bike racks finished and installed by the end of April.

To learn more about She Built This City and the programs it offers, click here.