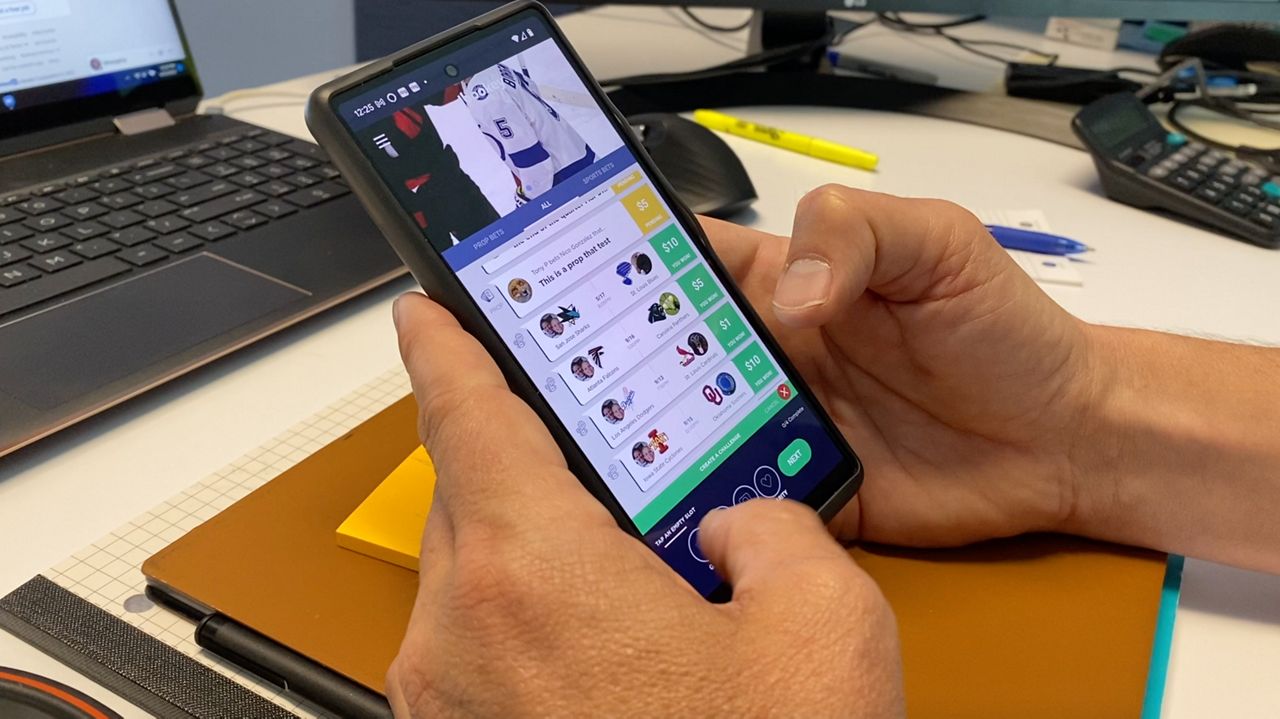 GoodBookey is a sports betting app where the money goes to charity.

The future of sports betting in North Carolina

RALEIGH, N.C. — Sports betting is legal in more than 30 states across the country. Depending on the state, people can place sports bets online, on their phone, in retail settings or a combination of the three.

In the Tar Heel State, sports betting is only legal on tribal lands. But what do North Carolinians think about the future of online sports betting?

Sports betting is legal in more than 30 states

In North Carolina, sports betting is only legal on tribal lands

Tony Pease helped create the sports betting app GoodBookey. Due to a loophole, GoodBookey can currently be used in North Carolina because it’s based on philanthropy, and no one actually wins any money. If traditional sports betting is legalized, Pease believes it could also have similar positive benefits.

"The concept of GoodBookey is all of the fun and excitement with sports betting, but instead of making a payment to clearing house or something or winning money, you make donations to charity," Pease said.

He thought of the idea in 2016 after betting on a game of golf with friends.

"We exchanged the funds, and then people went into the bar and had cocktails, and that money was just kind of lost to the other. What that made me realize was that it wasn’t really about the money why people were betting. I confirmed this with a bunch of other folks, and it’s really a marker for winning and beating your friends," Pease said.

A bill has been approved by the state Senate to legalize sports wagering in North Carolina, and it is expected to be considered by the state House when it goes back into session next month.

If sports betting is legalized, Pease believes there could be benefits.

A Spectrum News/IPSOS exclusive poll shows opinions are almost split right down the middle. Of the registered voters asked, 36% support legalizing online sports betting while 39% oppose it and 25% don’t know.

"The big negative impacts of gambling are that it typically impacts lower income earners. If you look at even the North Carolina lottery about 70% of the participants are less than $70,000 a year in annual income," Pease said.

As sports betting is legalized in more states, Pease believes platforms like GoodBookey will still be relevant.

"Even if it’s legal, I feel like there’ll still be a place for what we’re trying to do. In large part most people aren’t gambling or shouldn’t be gambling to make money because obviously most people lose, which is why casinos are so opulent," Pease said.

The sports wagering bill under consideration at the legislature would house this new form of gambling under the state lottery commission. Under the proposal sports wagers would, "be authorized on professional sports, college sports, electronic sports, amateur sports or any other event approved by the Commission."