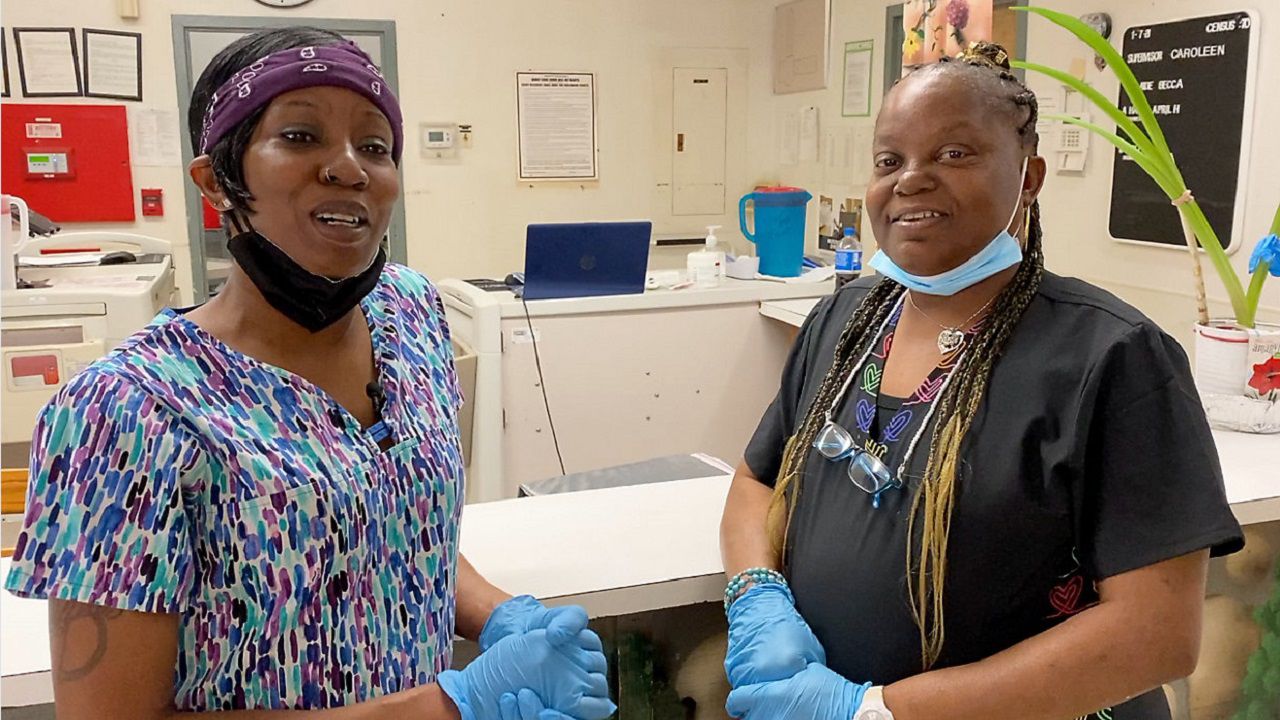 'We had to be there': Staff walked more than 2 miles in winter storm to Mount Holly nursing home

MOUNT HOLLY, N.C. — On January 16, a winter storm hit Gaston County, blanketing the area with snow and ice. Around three inches of snow fell Sunday, and the cold temperatures remained Monday, keeping many home from work, and schools were virtual.

The storm hit Sunday, and cold temperatures Monday morning kept many out of work with roads still untreated

Three Mount Holly friends, who work at Woodlawn Haven Assisted Living, said they couldn't get out of their driveways.

"I looked outside Monday morning and I said, "Oh my gosh, I can't get my car out, so I called Zandra," Dorothy Nichols said.

Nichols and her longtime friend and co-worker Zandra Rankins decided they couldn't wait until the snow would melt or until a car from the nursing home would come pick them up around 10 a.m. Nichols and Rankin both say the residents at Woodlawn Haven depend on them for breakfast, to help bathe them and get them ready for the day.

So Rankin, Nichols and a third co-worker layered their clothes and began making the more than two-mile walk to work in the snow and ice.

"It was so cold," laughs Rankin.

She documented the walk on social media, getting dozens of comments from friends.

"We put the "T" in loyalty," Rankin is heard on the video.

The walk took them almost an hour, but they made it safely to work. This wasn't the first time the women have walked to work in the snow, Rankin said they had to do it once or twice before during previous storms.

"We love our residents, we love our job," Rankin said.