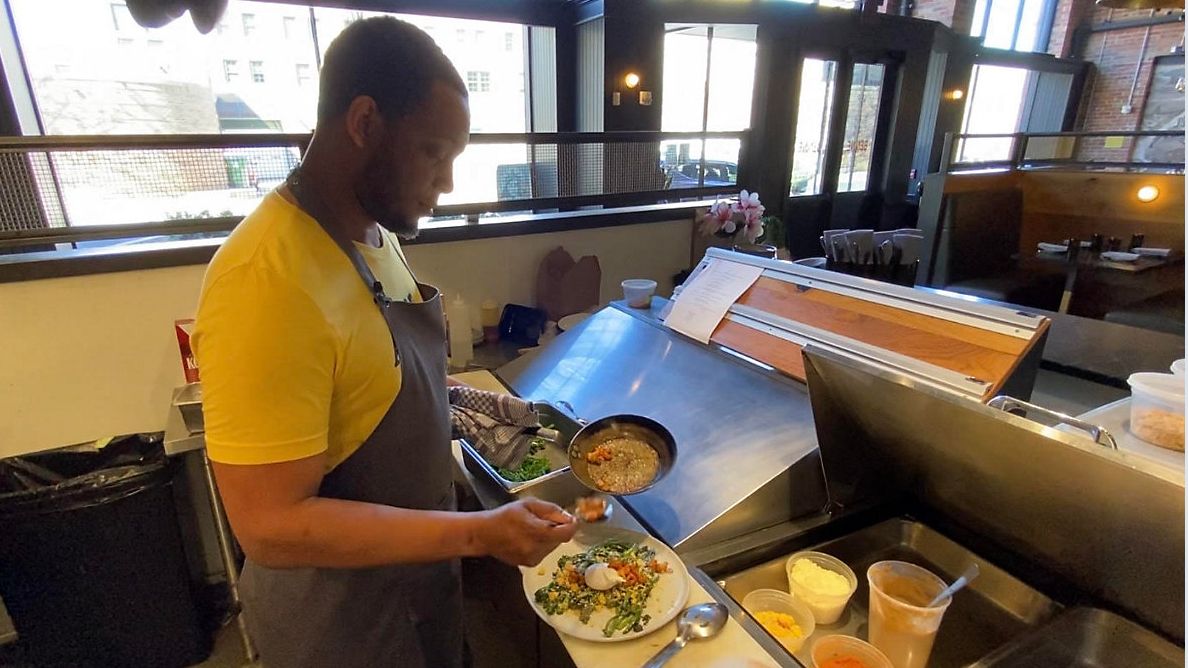 ASHEVILLE, N.C. — Some of the top chefs in America call North Carolina home. The state has 13 semifinalists for the highly coveted 2022 James Beard Awards.

Cleophus Hethington Jr. is a semifinalist nominee for the 2022 James Beard Award for emerging chef.

"It validates a lot of things for me. I look at it like my Willy Wonka, Chocolate Factory golden ticket,” Hethington said.

Hethington is the chef de cuisine of Benne on Eagle in Asheville.

He’s always been drawn to the kitchen because of the women in his life, his mother and grandmother, but his background hasn’t always been cooking.

"Did the Navy for five years, worked in public health for nine years, and been cooking now for almost 10 and half years," Hethington said.

The joy of cooking for Hethington not only comes from the faces of his customers, but from the creation of a meal.

"I enjoy the science of it all, just seeing things come together like the conceptualization of a dish. Things that flavor infinity of one thing that pairs well with two other things."

When it comes to cooking he says it’s not about who’s making the dish but the food itself. At Benne, he’s able to create different cuisines that all come from the same background.

"Especially now, cooking food that is exploring the African diaspora food ways. It's more about the history of it, you know, telling a story through food," he said.

The winners of the James Beard Award will be revealed Wednesday, March 16. All the winners will be celebrated in June at an award ceremony in Chicago.