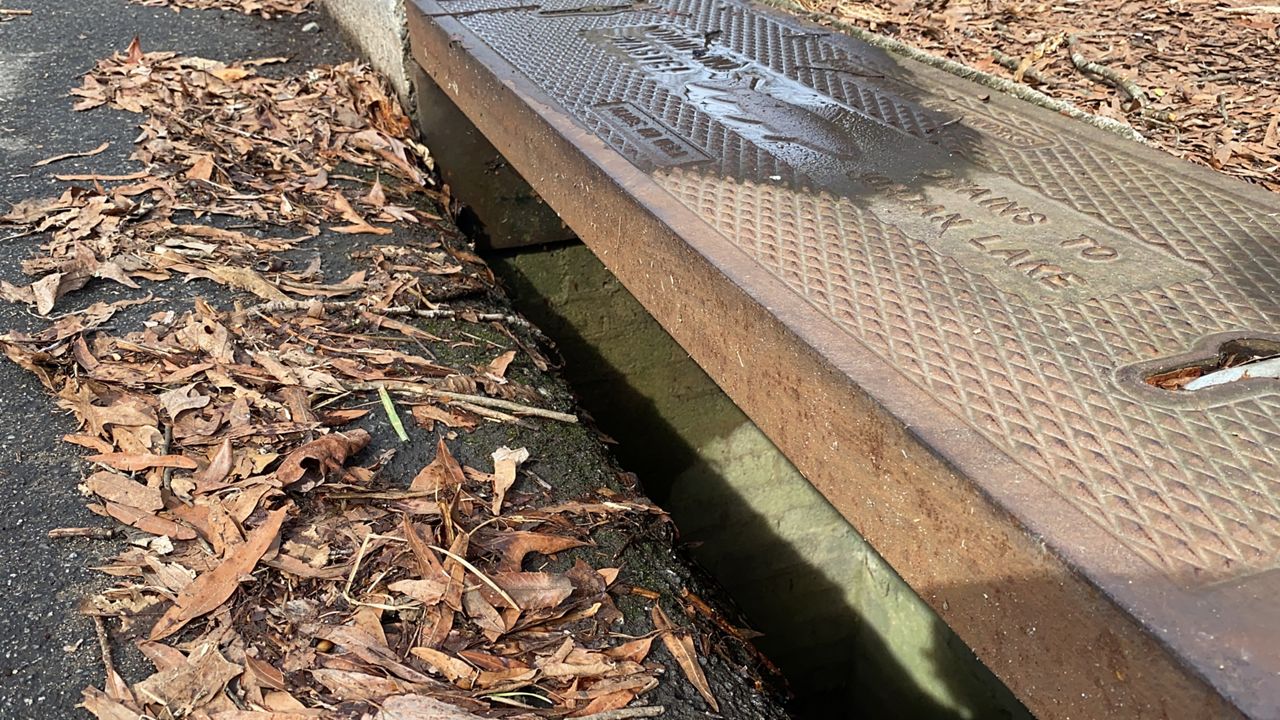 Mural project to raise awareness on waterways under threat

CHAPEL HILL, N.C. — Three artists will be contracted by the town of Chapel Hill in a pilot program to create murals and raise awareness around storm water drains.

Pollutants in storm water drains can end up in drinking water

This project is scheduled to be done by Earth Day, April 22

Steve Wright is the public art coordinator in the town's Community Arts & Culture division. He says public art can help bring excitement and interest into daily life, as well as provoke thought.

"For the storm drains, it draws attention to them because of their importance," Wright said. "You want to recognize that it's a storm drain, that only rain water should go down them, not trash or apple cores or any other garbage."

Artists contracted will design and paint murals that call attention to the drain and beautify the infrastructure.

It's a project Sammy Bauer, community education coordinator with the town's Stormwater Management, is interested in.

Bauer tracks pollution in our waterways by checking on the marine life and insects that are able to live in the water.

Bauer says storm drains in Chapel Hill lead whatever is in them to creeks that eventually flow into Jordan Lake.

According to North Carolina Policy Collaboratory, Jordan Lake provides drinking water for nearly 700,000 people in the Triangle. Bauer says we need to protect that drinking water.

"Pick up your pet's waste. So, if you're walking your dog, don't just leave that poop out there because you don't want to be drinking that in your water, that's for sure. Another one is to make sure that loose leaves and grass clipping don't make it into the street," Bauer said.

If all goes according to schedule, Wright says the murals will be done by April 22, Earth Day.