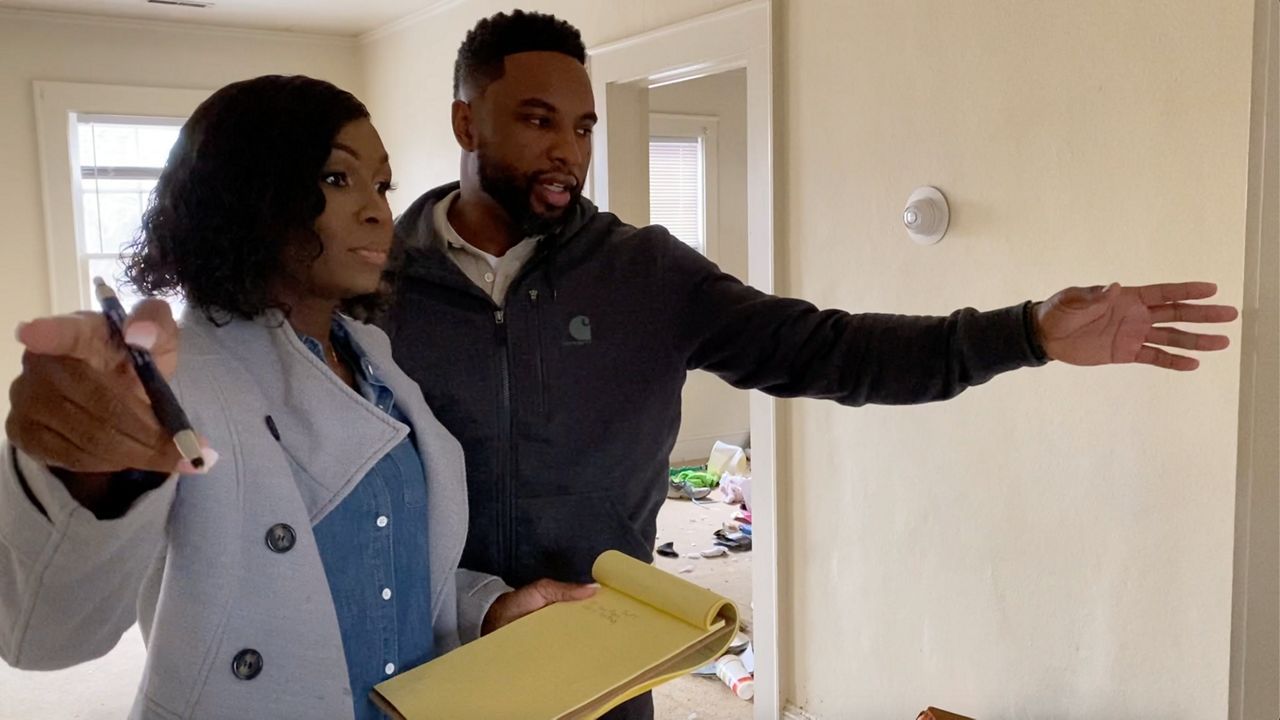 Dedric and Krystal Polite have been investing in real estate for five years. (Photo: Kyleigh Panetta)

GRAHAM, N.C. — Flipping houses is big business and a North Carolina real estate investing power couple is making their mark on the industry.

Dedric and Krystal Polite want to show more people how to use property ownership to build generational wealth, and they’re doing it through a new television show.

“We got into real estate investment, wow, in 2007, I actually bought my first house,” Dedric Polite said. “When I got married to my wife, she was already a serial entrepreneur, so she was like, ‘Hey, let’s do this real estate thing full force.’”

For the past five years, Dedric and Krystal Polite have been busy building an empire.

“We’ve made millions of dollars wholesaling, which is quick flipping or fixing flipping. We’ve also built a rental portfolio. We own over 60 rental units and our portfolio is valued in the millions,” Dedric Polite said.

They’re just getting started, because they believe real estate is a powerful tool.

“It’s proven that real estate ownership is documented for thousands of years as how people have built wealth by owning land, owning property,” Dedric Polite said.

Neither of them come from wealthy families, but they’ve paved their own path and want to create financial stability for their family.

They’ve fixed up properties to use as Airbnbs, and when it comes to renovating rental buildings, they like to tackle the messy projects.

They’re so good at what they do that they landed their own TV show called "50/50 Flip."

While they never planned on having their own show, their ultimate goal is to let people in on their secrets and educate others.

“We didn’t know we would inspire people, but so many people have messaged us on social media saying, ‘You guys are an inspiration.’ We’re just like, ‘We’re just doing what we do,’ and it’s been really empowering to us to know that we’ve inspired so many people to own their own home and start building wealth for their families,” Dedric Polite said.

Dedric and Krystal Polite’s show, "50/50 Flip," airs on Saturdays on the channel A&E.