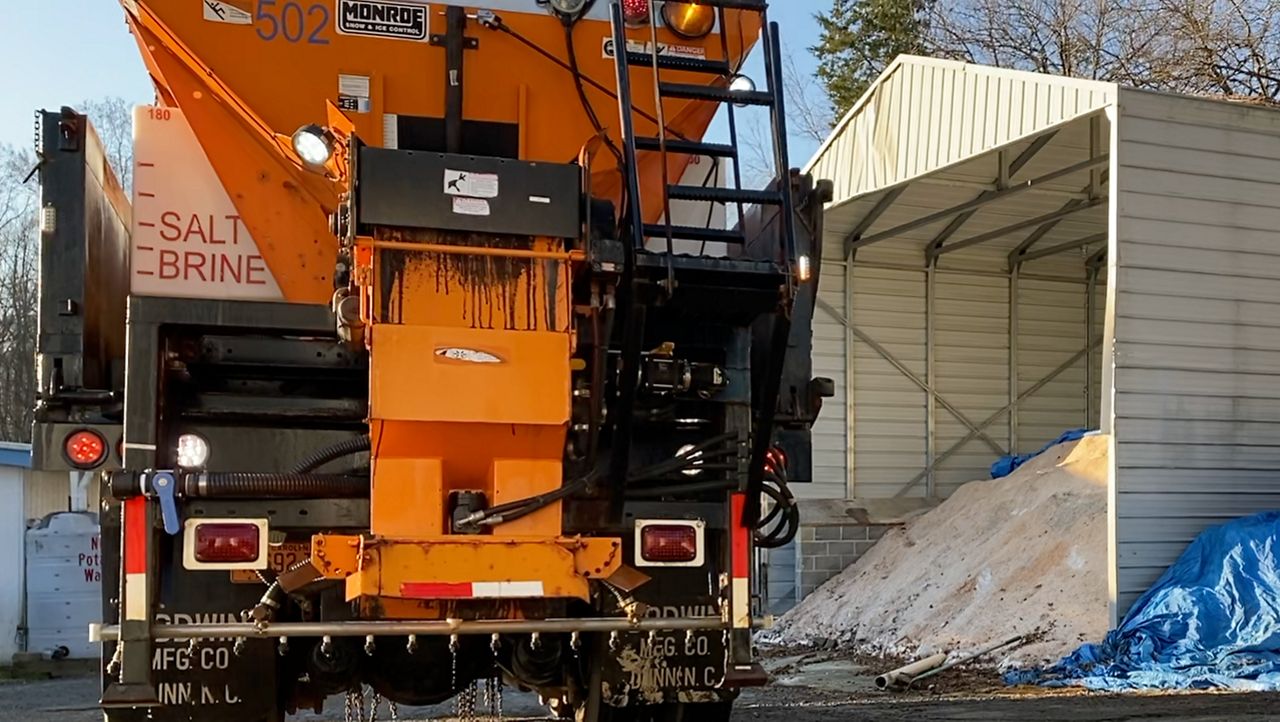 A few weeks ago, the staff was doing obstacle course and snow plow training. Now if snow comes down this weekend, they will finally get to put those skills to the test.

Raid Wahieb has been working for the department for just over three years. He says brining the roads ahead of a storm is a tedious process.

“It takes the whole day ... I'll say like 12 hours, and we'll be running like three trucks," Wahieb said.

The truck he was using carries around 360 gallons of brine. He has a set route that he drives to prepare the roads ahead of the weekend. While he drives around Carrboro, other workers are busy making the brine. It has to be 23% salinity.

"I can't believe how salty this stuff is," staff member Wes Winslow said. "If you get it in your cuts it will really burn."

It's a giant team effort to get prepared, as snow and ice are both expected across North Carolina this weekend. This team is responsible for covering more than 40 miles of roads around Carrboro. Plow operators are reminding drivers to give them plenty of room on the streets.

"They can move over, give us room, we can scrape the roads and move on," Wahieb said.

If the winter weather does hit, these crew members will rotate in 12-hour shifts to keep the roads as clear as possible.​