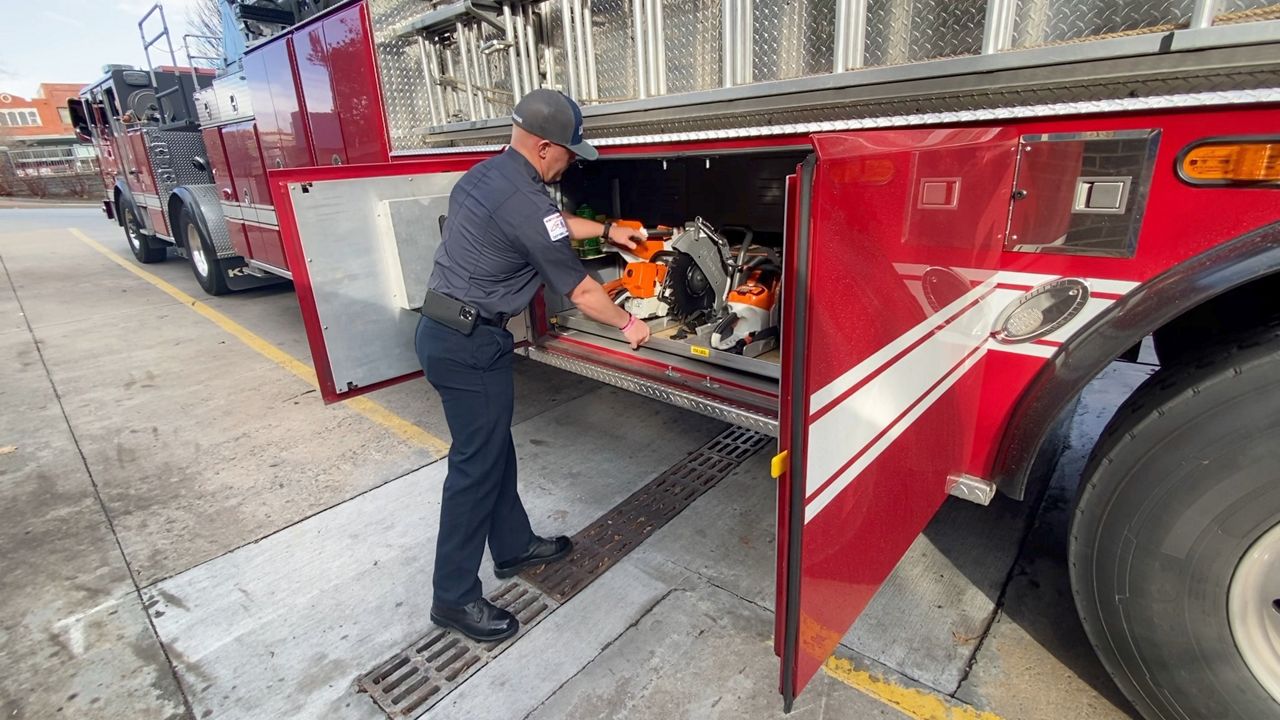 ASHEVILLE, N.C. — Before Kameron Buchanan can even think about getting on a fire truck, he has to make sure all the equipment is cranked up and ready to go.

This Sylva native is the first in his family to be a career firefighter.

“Ever since I was little, that’s really all I’ve known,” said Buchanan. “That’s what I went to school for, in that realm ... emergency and disaster management, so it’s really always been in my blood.”

After college, and serving time in the military, Buchanan joined on with the Asheville Fire Department in 2019. He’s watched his community grow over the years, but he’s not the only one whose seen change.

Burnette is not only the chief but an Asheville native, and has seen the change too. With Asheville growing, Chief Burnette is now working on a way to not only grow, but diversify his department.

“We lose a number of really good candidates that would be really good firefighters based on that relatability alone,” he said.

Out of the 285 firefighters on staff, the department only has 4% African American, 5% Latino and 6% women.

“We need new solutions,” said Burnette. “We need new strategies to move that needle like we never have before.”

So, the department has started a lateral transfer program. The program will recruit firefighters from diverse areas like Charlotte and Greensboro and have them come and work in the mountains.

The goal is to bring more diversity and inclusion to the department as well as those who live in this community.

“To have someone that you can relate to, that looks more like you is so important in an emergency for all the right reasons,” said Burnette.

And while Buchanan loves what he does, he’s excited for new firefighters to come and help make this department even better.

“It makes a better team,” he said. “It’s just like when you build any professional team you bring in different skillsets and different team members from different organizations because everybody brings something to the table.”

Chief Burnette says they’ve already have close to 50 applications come in from interested firefighters. If you are a firefighter interested in the program you have until January 10 to apply. Those interested can apply HERE.